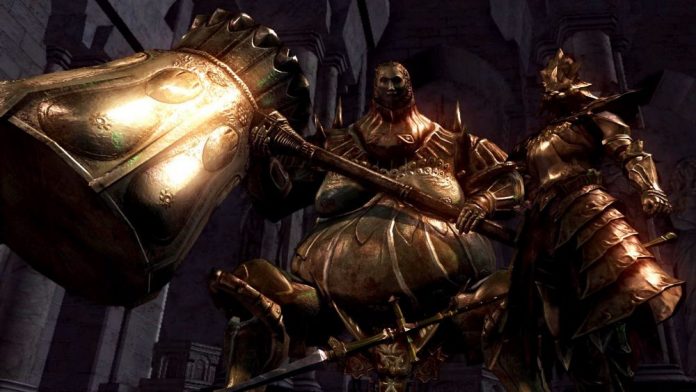 So, the time has come. You’ve finally seen everything that the Dark Souls series has to offer. Yet, you still want more.

While the Dark Souls games – particularly the first and the third – have a kind of magic that can’t truly be replicated, many games come close. Some try to add new elements into the mix, too, or totally change the setting. Needless to say, if you like challenging games with interesting worlds, you’re going to find something on PC to keep you occupied.

We’ve put together a list of the best games like Dark Souls on PC to hopefully assist you in finding something else to try. Each and every one of the games on this list has challenging combat and enjoyable exploration, as well as something that makes them a little bit unique. 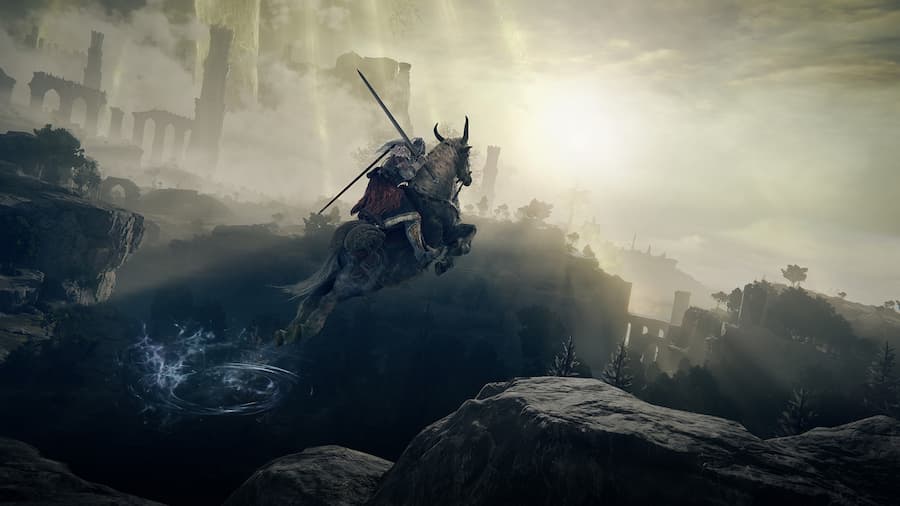 If you’re done with the Dark Souls games the first title you should check out is their successor: Elden Ring.

Developed by FromSoftware and with a world created by George R.R. Martin of Game of Thrones fame, there’s only word to describe Elden Ring: epic. It take the Dark Souls formula and gives it an open world twist, allowing you to go off and explore like never before. Just imagine, a Dark Souls game with even more combat encounters and mysteries to be discovered.

There are still legacy dungeons that will feel vary familiar if you’re a Dark Souls player, however. Though the freedom provided by Elden Ring might just make it the most accessible game by FromSoftware yet. If you get stuck you can simply go off, explore and find something else to do. Then, when you return, chances are you’ll be much better equipped to deal with what was previously a hurdle. Needless to say, if you’re after the best games like Dark Souls on PC, this is a must-play.

Check the price of Elden Ring 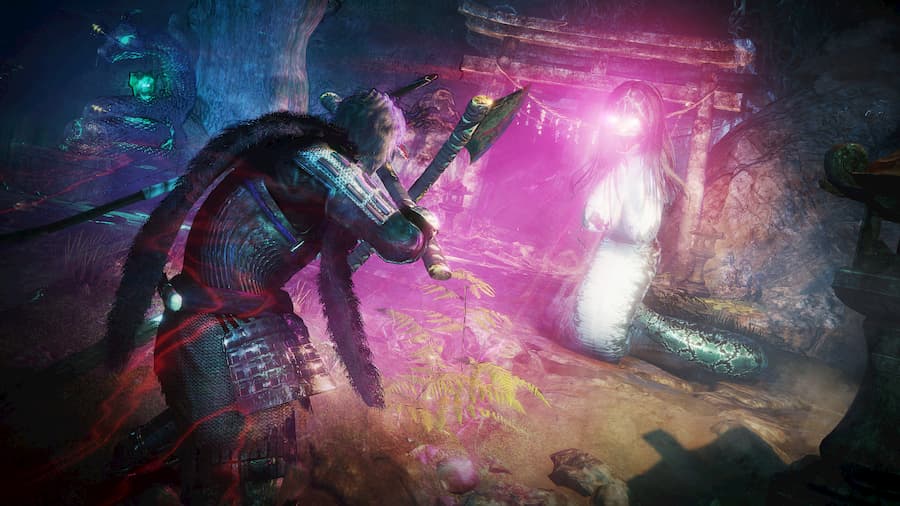 Developed by Team Ninja, Nioh 2 takes the Dark Souls template, speeds up the combat and adds tons of loot.

While this is a sequel, you don’t need to have played the original Nioh, also available on PC, to enjoy Nioh 2. It has a totally new story and a protagonist created by you. And thanks to having demon blood, you also have access to a brand new range of otherworldly powers to add some extra pizazz to the gameplay.

Across a huge number of missions, Nioh 2 will have you exploring a wide range of environments while doing battle with challenging enemies. As ever, it’s the bosses that will truly test your abilities here though. Some of them are truly troublesome, making you fight to the best of your abilities to even stand a chance. Thankfully there are robust co-op features so you can call in some assistance if things get too much for you.

Read our review of Nioh 2

Check the price of Nioh 2 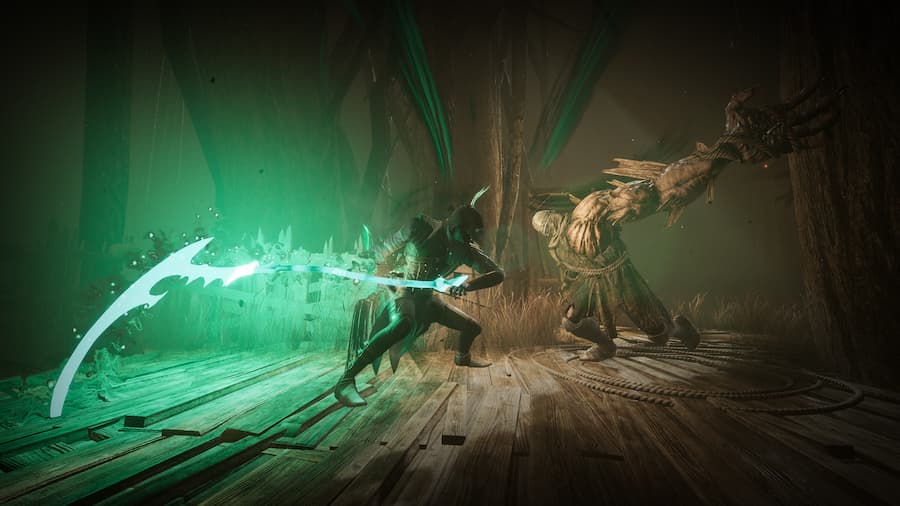 Want a game like Dark Souls to play over the course of a weekend or so? Thymesia will do the trick.

As games like Dark Souls on PC go, Thymesia is a little on the brief side. Thanks to multiple endings and many possible character builds, however, it does have plenty of replayabilty, so you might go back to it time and time again. There’s also the fact that it has some original ideas that truly make it stand out.

There are two types of attacks, for example: standard attacks with your Saber deal damage to your enemies that will recover over time. Hit them with your powerful claws before that happens, however, and it will be wiped out. You can also steal the weapons of your enemies, adding them to your arsenal for later use. It’s not the biggest game, then, but those seeking out the best games like Dark Souls on PC should certainly give Thymesia a try.

Read our review of Thymesia

Check the price of Thymesia 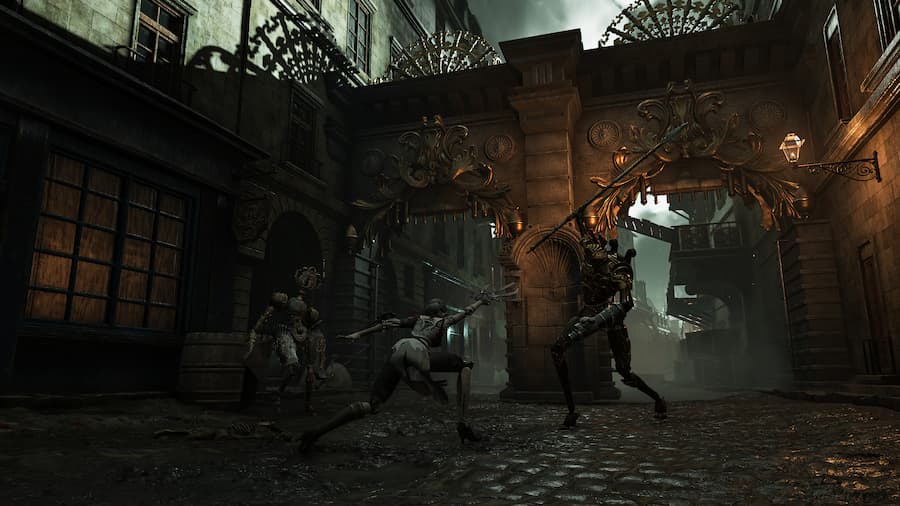 Set in France, Steelrising not only has some wonderful scenery for you to take in, but it also has a very unique protagonist.

You’re an automaton, basically; a robot designed to protect the queen. The problem is, there’s a whole army of automatons which aren’t so friendly. And so you’ve been tasked with finding their creator in the hopes of putting them out of action. Lucky you.

While you’re quite a formidable machine, capable of wielding a range of weapons and equipping modules to boost your parameters, your foes prove to be very troublesome indeed. And then there are hulking machines that you frequently have to overcome, truly testing your skills. Ultimately, Steelrising has everything you could ask for in a game like Dark Souls. Though as you’d probably expect, it’s not quite as polished in the combat department.

Read our review of Steelrising

Check the price of Steelrising 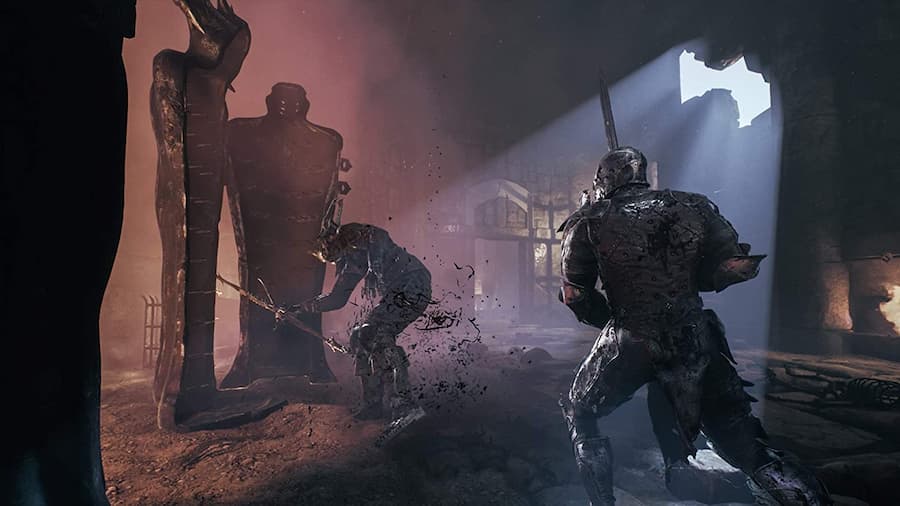 Like the idea of being able to dramatically change your build mid-game without any fuss? Mortal Shell allows you to do that.

Like Dark Souls, Mortal Shell is dark and mysterious, with enemies that can quickly put an end to your exploits, or at least send you back to a resting point. What it doesn’t have, however, is character levels. And so your strengths and weaknesses are instead determined by which weapon you wield and also which body you inhabit.

That’s right, Mortal Shell allows you to inhabit the bodies of numerous warriors, although you need to find them first. Unlock them all and you’ll be able to dart around your enemies and strike them with fast attacks, or be a walking tank able to withstand heavy blows while dishing out your own. It’s a unique approach, but one that actually works in the confines of the game. So, if you’re after the best games like Dark Souls on PC, make sure you check Mortal Shell out.

Read our review of Mortal Shell

Check the price of Mortal Shell

6. Remnant: From the Ashes 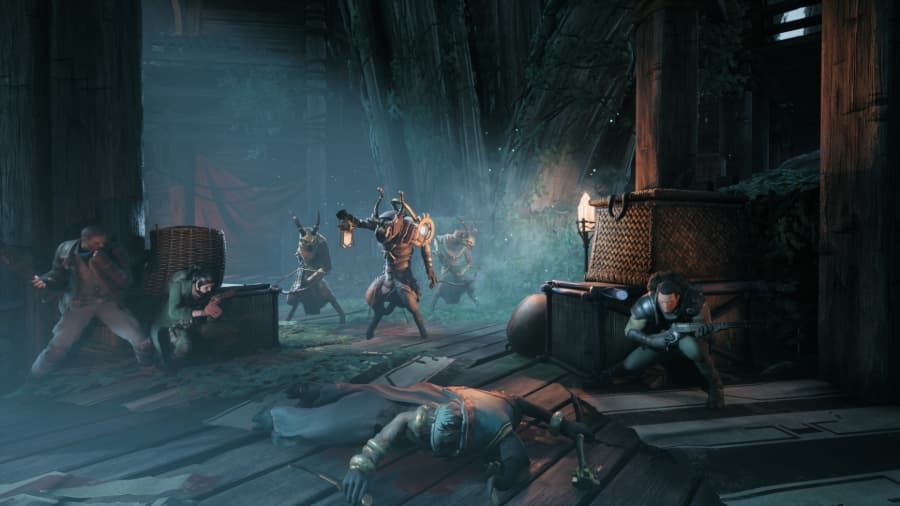 If you’ve ever wondered what Dark Souls with guns would be like, you need to try Gunfire Games’ Remnant: From the Ashes.

Journeying across multiple areas to reach a mysterious tower, the enemies you face in Remnant: From the Ashes are challenging. Or at least they are in numbers, anyway. At range you’ll need to make use of firearms to dispatch them effectively, but when up close you’ll probably find that your melee weapon is more suitable. And to avoid incoming attacks you’re going to have to do some well-timed dodging.

It’s the game’s bosses that truly test your skills, though. They’re massive, have loads of HP and perform devastating attacks. They frequently summon in fodder to make fighting them a little more tricky, too. But if you emerge victorious you’ll obtain some valuable materials that allow you to craft some interesting equipment.

Read our review of Remnant: From the Ashes

Check the price of Remnant: From the Ashes 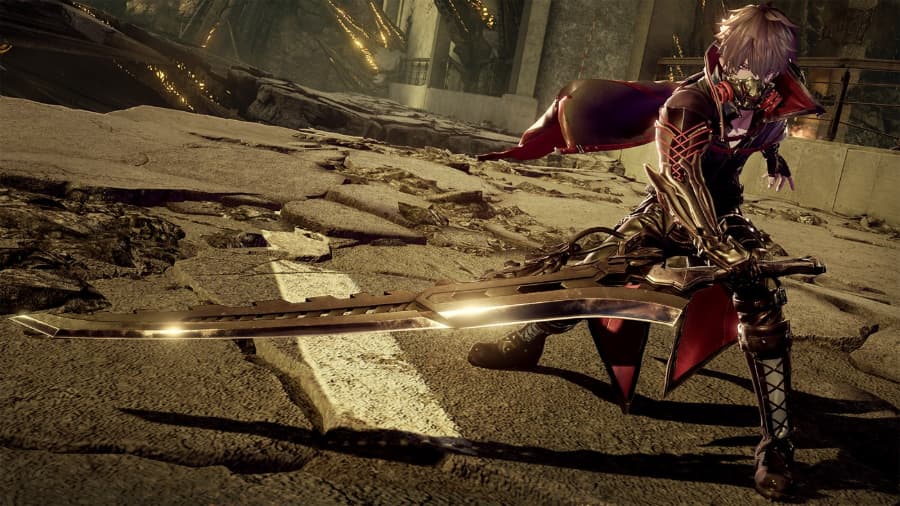 On the surface, Code Vein looks like Dark Souls with anime vampires, and it’s true to a degree. But honestly, there’s more to Code Vein than that.

While the weightlessness of your character’s movement and attacks will initially throw you off, persist with Code Vein and you discover a game that’s really rewarding. You can change Blood Codes at the drop of a hat, granting you access to different combat options without having to start the game again as a new character. And skills within Blood Codes can be mastered and carried over to others, too, allowing you to create your very own playstyle.

Code Vein also has a much simpler approach to telling its story, which eventually grabs your attention like a vice. Throw in sumptuous visuals, a wonderful soundtrack and one hell of a character creator, and you have a souls-like that’s familiar in all the good ways while offering up some welcome new features.

Read our review of Code Vein

Check the price of Code Vein 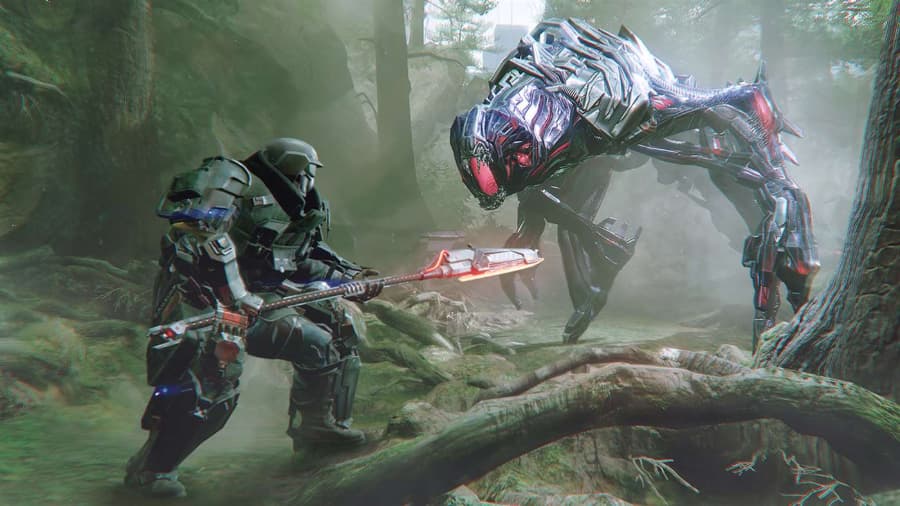 The Surge 2 improves on its predecessor in every way, and The Surge wasn’t exactly a bad game. In fact, it was very good indeed.

Taking the Dark Souls formula and implanting it in a sci-fi setting, The Surge 2 is easily one of the best souls-likes available outside those that FromSoftware have put out. Its combat is tense and weighty, there’s a decent amount of scope for multiple character builds, and its setting is cohesive and unique. Plus, how many games let you rip off parts of your enemies so you can use them yourself? The Surge 2‘s futuristic setting allows that, and it’s great.

If you’re a fan of the Dark Souls games you really should add The Surge 2 to your library – it’s as simple as that. And if you haven’t played the first game, that’s worth playing as well. As far as the best games like Dark Souls on PC go, they’re both worth a look.

Read our review of The Surge 2

Check the price of The Surge 2 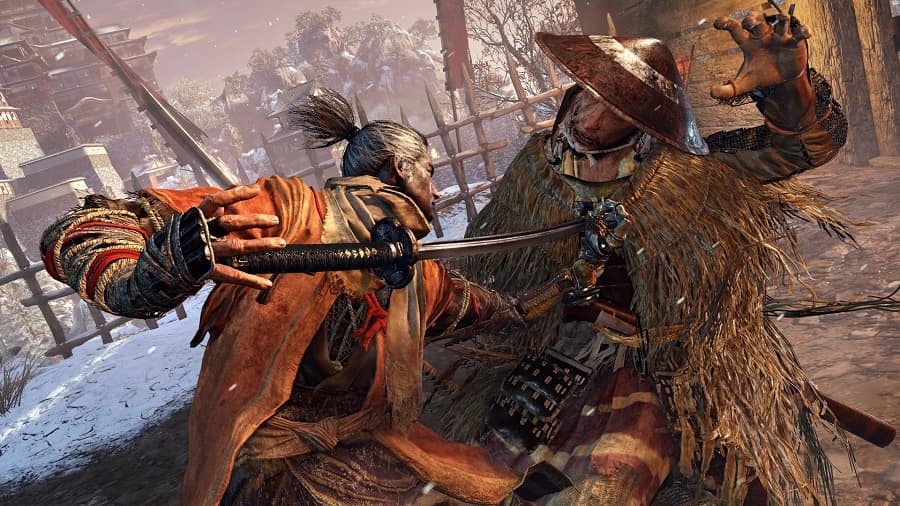 It may have a very different combat system, and you may not be able to level up your character in order to give yourself more of a fighting chance, but it still has much of the appeal of a Dark Souls game. For one, it’s got a beautiful but hostile world; one that begs to be explored but presents danger around every corner. And it’s also got epic bosses that will require you to use every bit of your skill to overcome.

If you have a PC capable of doing it justice, Sekiro: Shadows Die Twice looks gorgeous and plays brilliantly. Definitely pick it up if you want a game that will truly test your abilities. 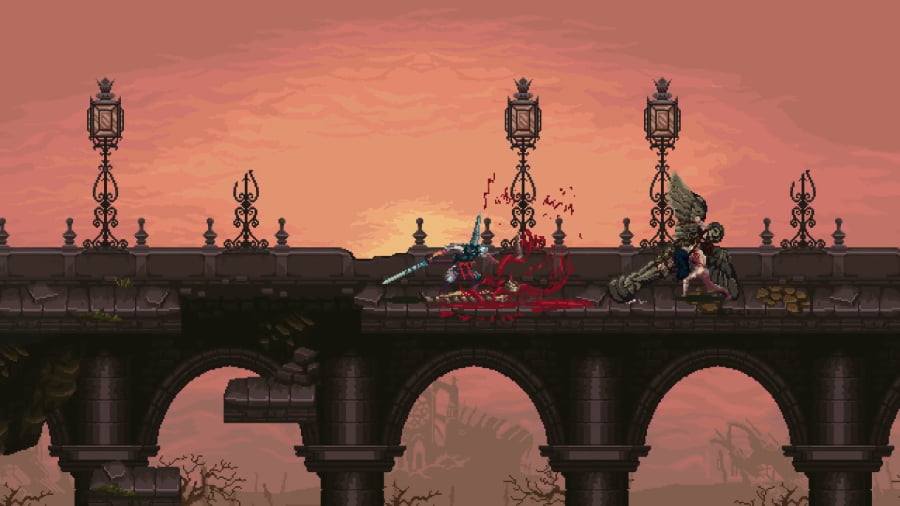 While Blasphemous is more of a Metroidvania than anything, you can tell it’s also inspired by Dark Souls somewhat.

Playing as The Penitent One, Blasphemous is as intriguing as it is punishing. You’ll make your way through atmospheric environments, avoiding perilous traps and combating vile enemies. And if you want to succeed, you need to find shrines and altars that allow you to increase your health, improve the strength of your sword, and grant you more fervour.

It’s Blasphemous‘ bosses that truly make the game worth playing though. They’re tough but fair, and often gargantuan in size. Needless to say, if the reason you like the Dark Souls series is because of its challenging boss encounters and mysterious worlds, you’ll love Blasphemous.

Read our review of Blasphemous

Check the price of Blasphemous 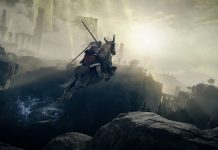