If you’ve a deep-rooted love for old-school 3D platform games, Kukoos: Lost Pets is certainly worth your time.

From Petit Fabrik and Modus Games, Kukoos: Lost Pets is an adventure all about saving pets that have been brainwashed by an experiment gone wrong. And so, as you make your way around its varied and colourful levels, you’ll need to defeat various pets to, er, quite literally knock some sense into them. Or so seems to be the case, anyway.

These pets aren’t your typical cats, dogs, rabbits and hamsters, however. They’re weird and wonderful monster-like creatures that come in all sorts of colours and sizes. You’ve got your own pets, too, that help you out along the way, and each one has a unique ability. Your pet in the first world, for instance, can illuminate dark areas and help you solve various puzzles. And in the second, it can help you reach new heights or cross gaps by generating a new platform for you.

The range of abilities on offer means Kukoos: Lost Pets never gets too stale. Just when you get used to one particular quirk, you’ll be thrown into a new set of levels, with a new ability to get used to. Of course, the typical 3D platforming game tropes are here: there are coins to collect, secret items to pick up, and bosses to fight. And, at the end of each level, you’ll be graded based on how much stuff you managed to collect, so there’s plenty of reason to jump back into old levels if you’re a bit of a completionist. 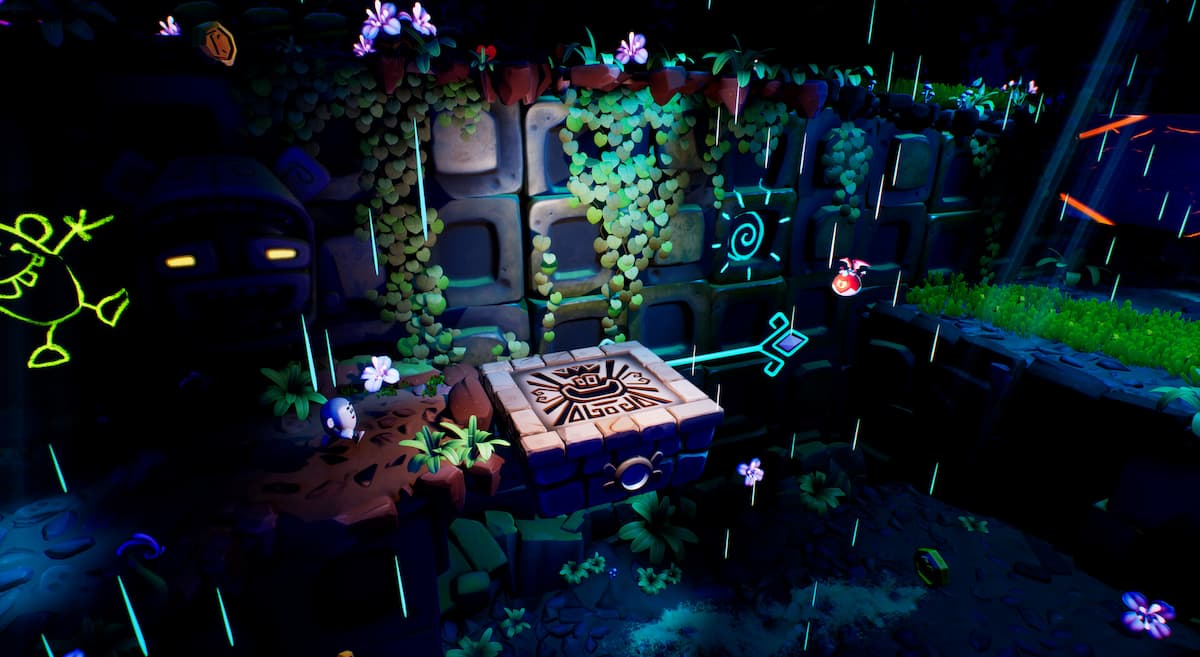 Kukoos: Lost Pets is a well-designed game, with its various worlds offering a nice variety of environments. From the jungle to the city rooftops, its worlds are unique and fun to explore. Our only real criticism is that, playing the PS4 version on PS5 for review, the resolution seems unusually low, making for an experience that’s a little blurry and not as sharp as we’d have liked. It’s hardly a deal-breaker, but a game this colourful deserves to look as crisp as possible.

We like that there’s a range of puzzles to solve as you make your way through Kukoos: Lost Pets, giving it a little more depth than your bog-standard platformer. None of the puzzles are too taxing, thankfully, but they do make you think – particularly about the abilities you have at hand.

You can play Kukoos in co-op, and indeed, it’s advertised as a key feature of the game. Unfortunately, we encountered some issues when playing with two local players. We had some drops in sound that weren’t present in single-player and, bizarrely enough, only player two got trophies, not the primary logged-in player. Huh. It also didn’t save any progress for player one. It’s entirely possible it was some strange system glitch, but it’s not something we’ve ever encountered when playing a co-op game before. And we play a lot of co-op. 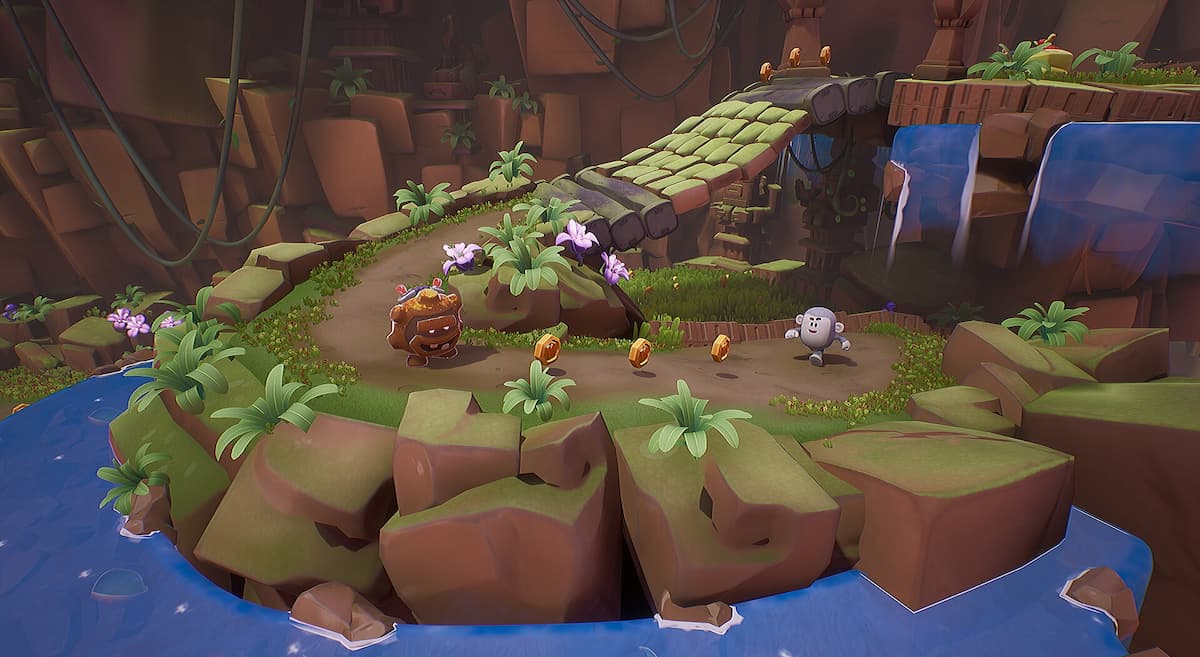 Playing with others also doesn’t really add much to the experience. The camera finds it difficult to keep up with two players, which in turn makes it difficult for you to keep up with your own character. And it’s more than likely you’ll end up simply getting in other players’ way. Kukoos: Lost Pets is definitely better as a single-player experience, and we experienced no weird technical issues by ourselves, either.

It’s not going to redefine what it means to be a 3D platformer, but Kukoos: Lost Pets is a pleasant enough addition that fans of the genre will enjoy. Bright and colourful, and with a nice mixture of collecting, platforming and puzzles, there’s plenty here to keep you invested. It’s just a shame that co-op is held back by some technical issues and its visuals aren’t quite as sharp as they ought to be.

This review of Kukoos: Lost Pets is based on the PS4 version of the game (played on PS5), via a code provided by the publisher. It’s available on PS4, Switch and PC.