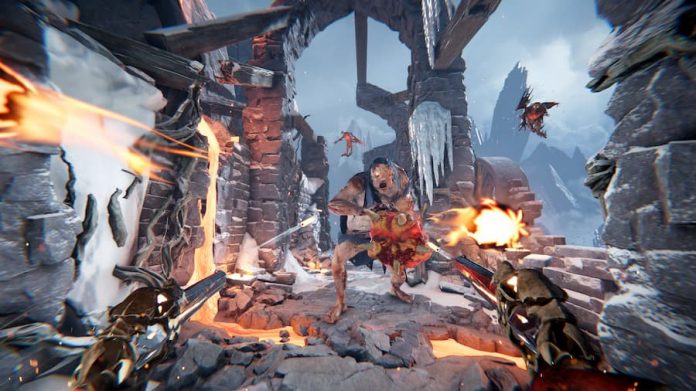 Metal: Hellsinger has hit the million player mark and, to celebrate, has handed out some handy new content.

This heavy metal shoot-em-up sees you blasting your way through the underworld, lining your shots up with the music. We had a headbangingly-good time reviewing Metal: Hellsinger, remarking that “..with both music and gameplay of such a high standard, only those who absolutely abhor metal need not jump in.”

And, as revealed by developer The Outsiders and publisher Funcom, over a million players have experienced Metal: Hellsinger’s rock mayhem. It helps that Hellsinger is also on Game Pass, though it also won a Golden Joystick Award for Best Audio.

Now, after launching on PC and next-gen consoles, it’s now made the jump to Xbox One and PlayStation 4. To celebrate both these events, The Outsiders has delivered a smattering of new content, designed to both reward players and give them a reason to dive back in.

The latest patch, 1.5, out now, adds a new Archdevil difficulty mode, enough to test even the toughest metalheads. There’s also a new Elite Seraph demon and new combos to help players crank up their fury (and score).

Even if you’re not interested in making Metal: Hellsinger tougher, all players will get access to new outfits and a new, in-game artbook. The new 1.5 patches also features various balance changes and fixes, which are detailed over on the official Hellsinger forums.

Now, if only we could get that Metal: Hellsinger/Trombone Champ crossover we’ve been craving.