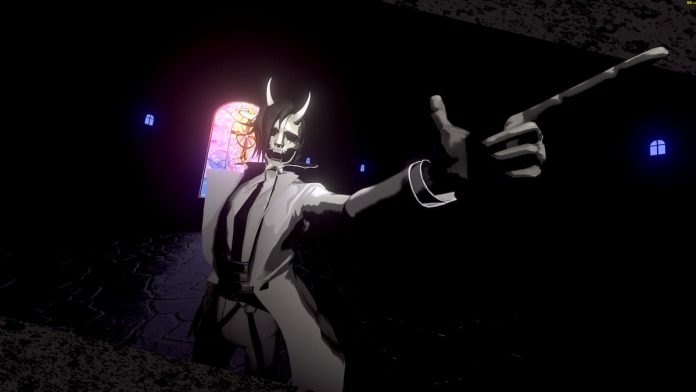 You know when a game’s good when it impresses even more on a second visit.

That’s the story with Neon White, which we loved when we played it on Switch earlier this year. Also available on PC, it’s now making the jump to PS4 and PS5, too, and our time with the latter version has been nothing but heavenly.

The content of the game is the same as ever: over numerous days, you find yourself engaged in a heated competition for a spot in heaven. As a sinner, you should have gone straight to hell, but you’ve been given a chance to prove your usefulness. Be better than everyone else at dispatching demons that have somehow made their way into heaven, and you’ll have a chance at a peaceful afterlife.

As ever, however, there’s a catch: you’ve lost your memory, and while you seem to have a vague recollection of knowing your competitors, the finer details are very hazy indeed. And then there’s the current champion – what’s the deal with him? Ultimately, the further into the competition you get, the more complicated everything becomes.

Neon White is best described as a first-person shooter at heart, but it’s nothing like most other examples of the genre. Its levels are short and sweet, mostly taking seconds to complete rather than minutes. And then there’s the fact that your abilities are determined by which you’ve picked up. You pretty much always have your sword card available, which allows you to slash at enemies in close range, but weapons such as pistols and rifles have to be picked up. 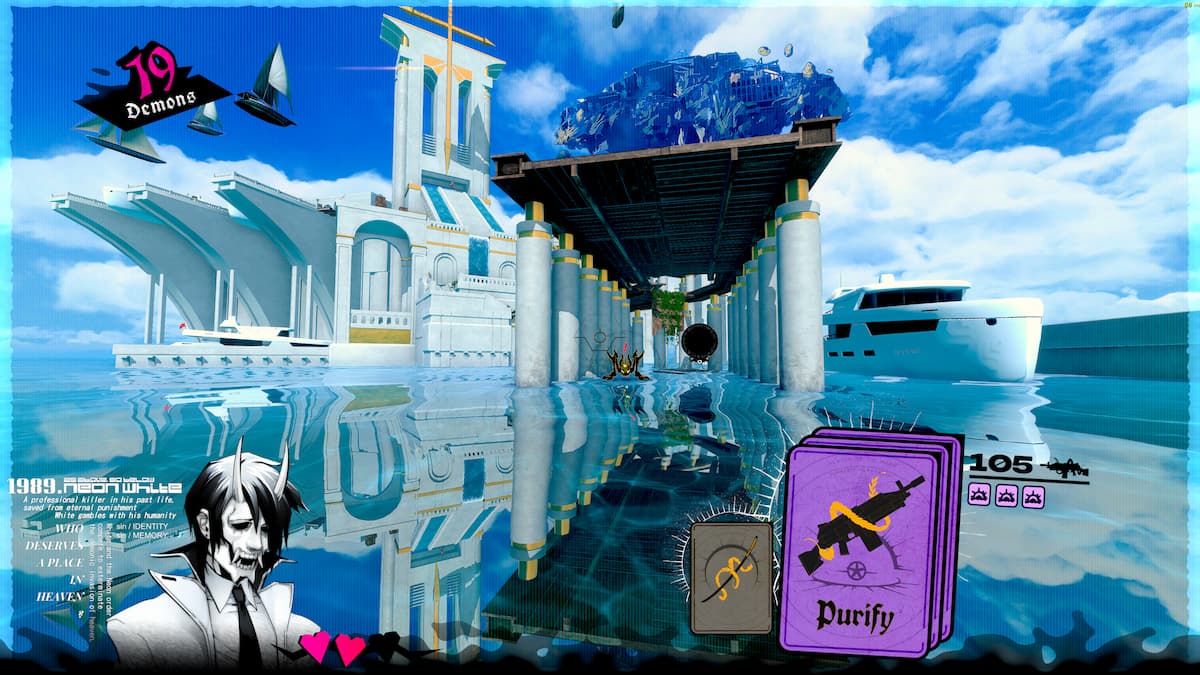 It’s how you use the cards that you pick up that determines your success in Neon White. Each card only has so many uses before it disappears, but more importantly, they also offer a special skill that is activated by discarding them. The pistol card, for example, allows you to shoot a number of bullets at your enemies, but discard it before its clip is empty and you can double jump.

The trick is, then, to effectively collect and use cards to reach the end of each level while dispatching all enemies along the way. And if you really want to succeed in Neon White, you need to be fast. The game might let you travel through the many levels that make up a day’s mission just getting Bronze awards, but to progress to the next you’re going to have to improve your rank. And the only way to do that is to either get Gold on some missions, or master them even further and get some Aces up your sleeve.

Whenever you want a break from the action, you can return to the peaceful hub where you can talk to your fellow competitors, amongst other things. If you return to levels you’ve previously completed, you can also hunt down gifts to offer them, opening up new dialogues and special quests that will truly test your skills. All in all, it’s a unique and challenging adventure that grabs you with both its story and its gameplay.

Playing Neon White on PS5 for review, we’ve enjoyed it more than ever before thanks to its crisp visuals, buttery-smooth performance and ultra-fast loading times. With an ergonomic DualSense controller in our hands, we’ve also blasted through levels earning Gold and Ace medals much easier than we remember. An effort has been made to make use of the unique features of the DualSense controller, too, with haptic feedback and more being present, further immersing you in the experience.

It’s thanks to DualSense support and the other subtle improvements found here that Neon White is better than ever before on PS5. The speed-running nature of the game means it might not appeal or be suitable for everyone, but those who can hack it will be utterly enamoured with its charms. This is one seriously slick adventure, in terms of both gameplay and storytelling. And the more you put into it, the more you get out.

This review of Neon White is based on the PS5 version, with a code provided by the game’s publisher. It’s available on PS4, PS5, Switch and PC.