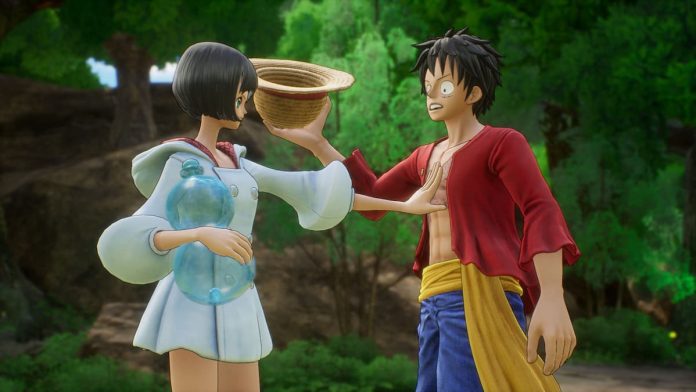 Just a month away from its launch, we’ve had our hands on the first few hours of One Piece Odyssey. And it’s safe to say we can’t wait to play more.

This is the latest RPG adventure featuring Monkey D. Luffy and the rest of the Straw Hat Crew. It’s far from the first – the most recent being 2019’s One Piece: World Seeker – but you don’t need to have played any others to know what’s going on. This is very much a standalone adventure, telling its own, contained story. You don’t even need to be versed in the One Piece anime series to enjoy it, either. It helps, of course; if you have some connection with Luffy and co. you’re going to enjoy Odyssey more. That goes without saying. But even if you simply enjoy getting absorbed into a good RPG, this is going to be worth your time.

One Piece Odyssey begins with the crew’s ship, the Thousand Sunny, getting wrecked just off the shore of a mysterious island. And mysterious it is: filled with enemies, it’s surrounded by constantly raging storms and it’s covered in bizarre structures. Clearly, something it going on here. And to make matters worse, in the middle of a battle against a fiery foe, a strange girl comes and takes everyone’s powers away, weakening them and leaving them devoid of abilities.

It’s a sneaky but clever way of explaining why your party, a long-established band of capable pirates, are back to being level one rookies. But it works. And it means you have a task to do: look out for strange, glowing cubes dotted around the island which can be used to regain and power up your lost abilities. Of course, you’ll also gain experience in the usual way – by progressing through the story and engaging in combat. And there’s a lot of combat to be had. 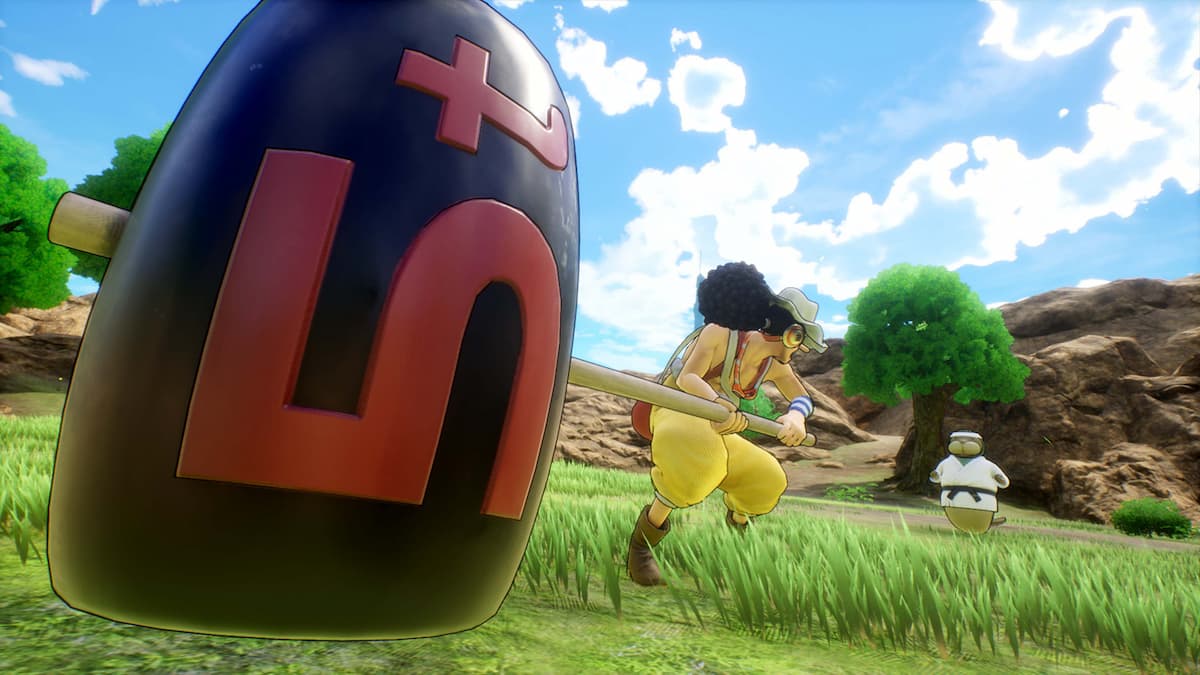 There’s no shortage of enemies to fight against in One Piece Odyssey. Some are random battles which can be avoided, but many are part of the story. It’s part and parcel with the RPG experience, and so if you don’t like turn-based battles, then you probably won’t gel well with the game. Thankfully, the combat is a lot of fun and – particularly against tougher enemies – provides a lot of space for skill and strategy.

Each member in your party has a basic attack and a range of skills that can be used. Some skills buff your party, others damage one or a group of enemies. As you’d expect, too, different enemies will have different weaknesses, and so pairing the right attack with the right foe is key to success. You can play around with the order that your party attacks in during each turn, allowing you to plan out a suitable strategy. Or, if you’d rather, you can simply mindlessly attack your way through every battle. It’ll certainly work for a while – but you’ll need to have your wits about you later on.

To spice up the flow of battle, you’ll sometimes find yourself coming across a ‘Dramatic Scene’. The first of these challenged us to save a party member before he was killed by an enemy, but others might not be so life-and-death. Another simply asked us to kill a specific enemy with a specific party member. Completing the Dramatic Scene will net you additional rewards as well as a boost for the rest of the battle. They’re not compulsory, then, but managing to complete them will be beneficial.

Perhaps the most striking thing about One Piece Odyssey so far is just how beautiful it looks. The 3D character models are perhaps the nicest renditions of the Straw Hat Crew we’ve seen to date, and the world they inhabit is colourful, lush and a joy to explore. Our starting area was a little linear, but the later game promises a wealth of environments to explore. We’re looking forward to it, too, because getting around thanks to Luffy’s abilities is a great deal of fun. His stretchy arms can be used to lasso over gaps, and his powerful punch can break down walls, revealing hidden treasure and new pathways.

You don’t always have to control Luffy, either: each party member has a unique skill which will help you get around the environment. You can switch characters at any time to make use of someone else’s skills. Chopper, for example, can squeeze in gaps too small for everyone else, while Zoro can use his strength to destroy barriers like steel doors. 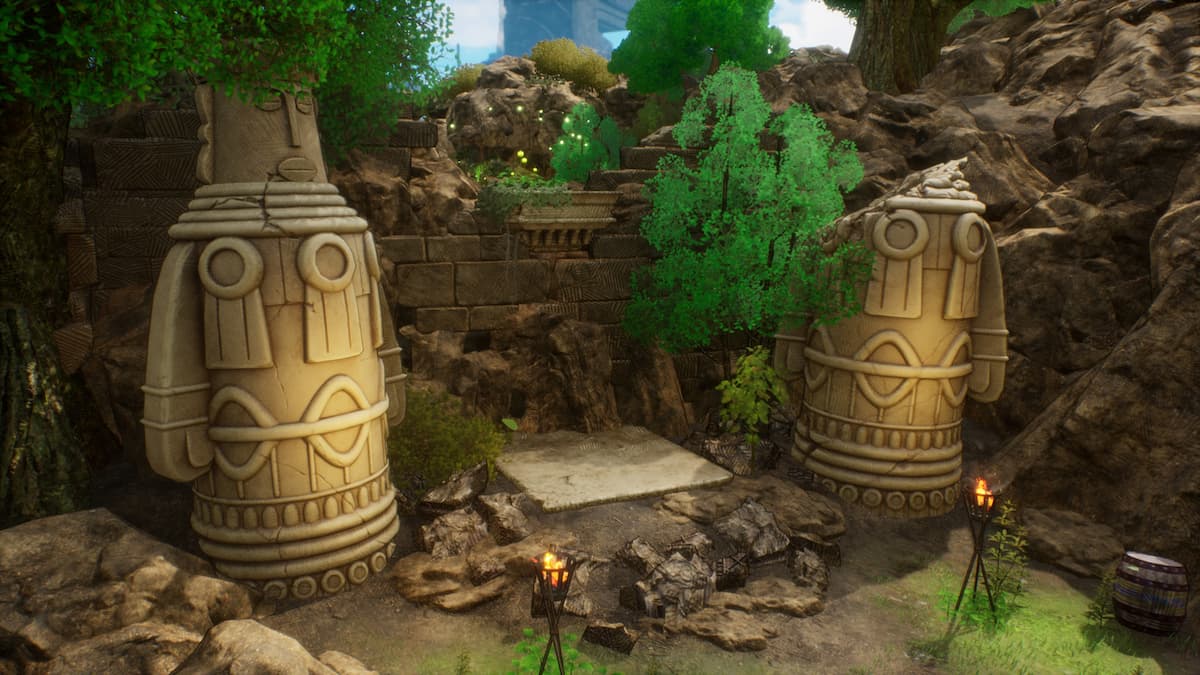 In terms of narrative, we’ve only just scratched the surface, but we’re certainly intrigued to find out exactly what’s happening on this mysterious island that the Straw Hats find themselves on. It’s an all-new story, but One Piece fans can expect to see familiar faces and locations along with a wealth new one ones. It really does seem like there’s something for everyone here, and it’s brought to life beautifully with wonderful animations and partial Japanese voice acting.

As far as open world RPGs go, One Piece Odyssey doesn’t seem to stray too far from the crowd. But what is here is a solid, promising adventure that looks absolutely fantastic. Its combat system is easy to get to grips with, offering plenty of depth for those who want to be more strategic. And with an intriguing world waiting to be explored with the Straw Hat Crew’s unique abilities, there’s a lot to look forward to.

One Piece Odyssey is coming to PS4, PS5, Xbox Series X/S and PC on 13th January. 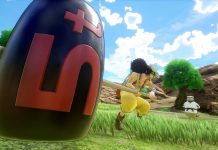 What Happens When You Die in One Piece Odyssey? 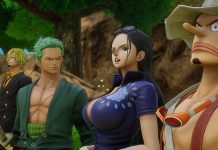 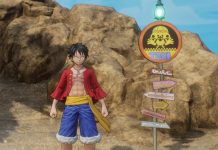