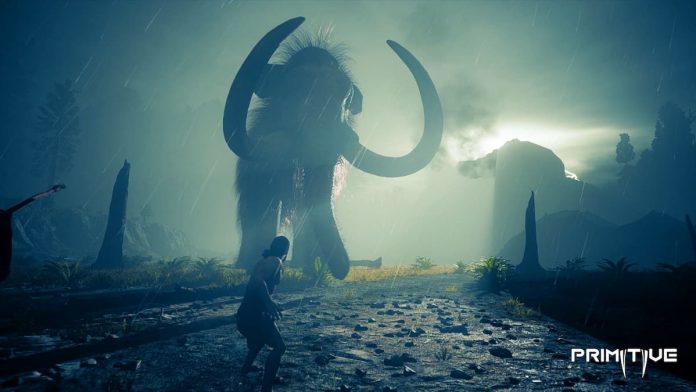 Primitive, an upcoming Unreal Engine 5 powered survival game, will send you back to the Stone Age.

Well, we say “you”, but the character you’re going to take control of was born in that era. So while you might be missing assault rifles and C4, it’s all they’ve ever known. Yes, it sounds a little like Far Cry: Primal but Primitive looks more striking and more daunting than that title.

It’s being developed by Games Box S.A. and while CEO Tomasz Supel acknowledges the similarities to Far Cry: Primal, he confirms that it’s set to be a more brutal affair. Supel states:

“Primitive is close to such titles as Far Cry Primal, yet our concept focuses more strongly on showing the primal character of a real world from many thousands of years ago, where it all boiled down to raw power, as well as a fight for dominance and survival.”

The game is still early on in development so it won’t be arriving this year and we’d be surprised if it arrived any earlier than the latter half of 2023. Still, we’re hoping there’s a permadeath mode included as standard. No, we’re not, on the whole, fans of forced permadeath. But forcing you to restart the game because you got on the wrong end of a sabre-toothed tiger seems a smart way of conveying the potential brutality of stone-age life.

The sequence where you take on a mammoth, for example, looks particularly harrowing. It also reminds us of the AT-AT sequence from Star Wars Episode V: The Empire Strikes Back. One wrong move and you could get stepped on – and not in a Tall Vampire Lady way, either.

Primitive doesn’t have a release date or release window as yet. But if it piques your interest you can wishlist it now on Steam.