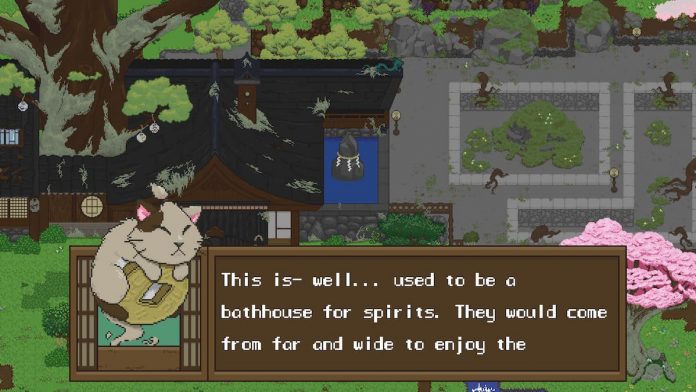 Spirittea is coming to Xbox and PC Game Pass, so you can play this oddball life-sim without spending a penny.

In Spirittea, your protagonist has ended up as the owner of a spirit-favoured bathhouse. The title doesn’t, surprisingly, refer to giving ghosts a cuppa. Instead, you have to drink from a mystical teapot to see the ghosts. And no, there’s no booze in it though there might be a mushroom or two.

Developed by Cheesemaster Games and will be published by No More Robots, it’s now been confirmed that the game is coming to Xbox and PC Game Pass. So, the moment it releases, Game Pass subscribers will be able to play it for free.

You can find out more by reading our coverage of its 2022 announcement, but we were definitely looking forward to playing this life-sim this year. Aside from aiding ghosts, turning them into customers for your bathhouse, you can participate in karaoke and other side-activities.

We say “were”, because while Spirittea was set for a 2022 release, it’s been pushed back to 2023. Given that Cheesemaster Games is solo developer Dan Beckerton we can understand the need to move its release window. We have our fingers crossed it’ll be worth waiting for.

Spirittea will arrive in early 2023, on PC, Xbox and Nintendo Switch and, of course, PC and Xbox Game Pass. In the meantime you can wishlist it on Steam and dive into a demo.