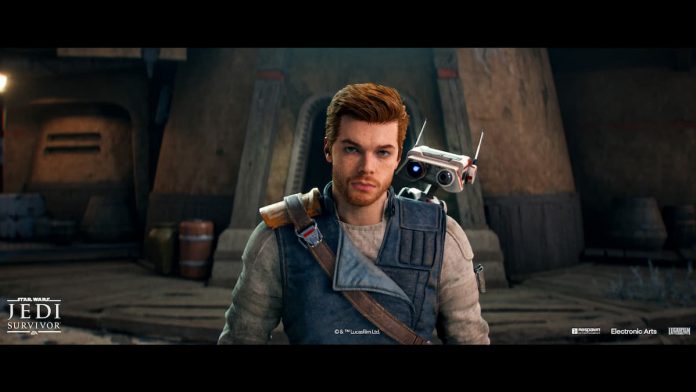 Thanks to last night’s The Game Awards trailer, the real star of Star Wars Jedi: Survivor has been revealed.

And, going by what we’ve seen, they’re going to be doing an awful lot of heavy lifting as far as this action-adventure is concerned. Yes, we’re talking about Cal Kestis’s beard. It’s a cheap trope, but we can honestly say that, thanks to his facial hair, the protagonist of Star Wars Jedi: Survivor seems up to 67% less wooden.

We loved the original Star Wars Jedi: Fallen Order, with all its lightsaber action and wall-running. But Blando Calrissian, as a couple of people have labelled him, was never the most interesting character. Now, thanks to the Commander Riker manoeuvre, this fugitive Jedi seems like someone we might want to play as.

Perhaps we’d have still have preferred to get an all-new character. But the trailer suggests it narrowly avoids the infamous Prince of Persia: Warrior Within angst trap. Star Wars Jedi: Survivor is in a curious place, certainly. We know, from the movies, that the Empire doesn’t fall until Luke Skywalker steps in. So Kestis is, ultimately, fighting a losing battle.

The trailer is suitably striking, though we feel sorry for that bird Cal is dangling from. Does the Star Wars universe have an RSPCA equivalent? It also suggests that he’ll be returning to the Jedi library, potentially slashing his way into the Jedi Temple.

There’s also a fantastic moment where he picks up a Storm Trooper and uses him against his fellow troopers. At first, we thought he was just using him as a human shield but if you look carefully, he’s actually forcing him to fire on his friends. Bet they don’t teach you that at the Jedi Academy.

That’s the good news. The bad news is that someone on Twitter pointed out that, in at least one screenshot, Kestis “…looks like a cancelled YouTuber”. And, as much as we want to respect the beard, we can’t stop thinking about that statement.

Hopefully we’ll have blanked that out before March 17th, when the game is released. It’ll be skipping last-gen consoles this time, landing on PlayStation 5, Xbox Series X|S and PC.