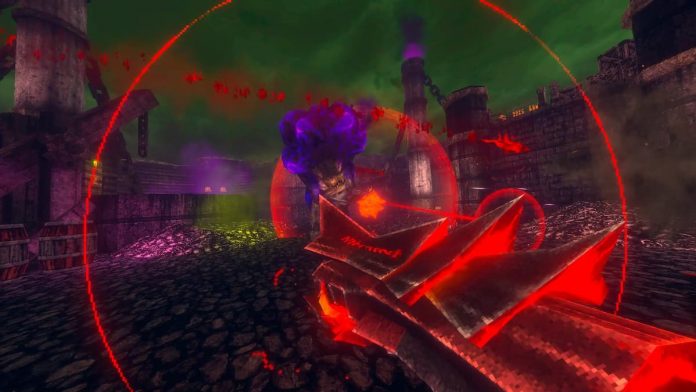 Most games have stories, but some really don’t need them.

Dread Templar is one of those games. Released into Steam Early Access in 2021 and now finally complete, this retro-styled first-person shooter spins a tale of revenge. Though as much as we love a good revenge-driven romp, the occasional bits of exposition presented between each one of the game’s chapters may as well not exist. That’s not to say we don’t appreciate T19 Games’ efforts in immersing us in Dread Templar‘s world even further. It’s just that adding context can’t possibly add to our desire to put holes into the game’s enemies.

Inspired by classics such as DOOM and Quake, Dread Templar is lightning-quick and keeps things relatively simple. Stepping into the shoes of the titular Dread Templar, you’ve journeyed into hell to get revenge. And of course, there’s a whole army of demons and other creatures that would like to rip you limb from limb standing in your way. Thankfully, you’ve not entered hell unprepared. A set of dual katanas could perhaps be considered your signature weapon, which can be used to slice enemies up close or thrown to impale them at distance. But chances are, as long as you have ammo, you’ll favour your other weapons acquired throughout your adventure.

From pistols to a rocket launcher, all the weapons you’d expect are represented here. There are some more outlandish ones, too, such as a gauntlet that sends out a powerful wave of destructive energy. What’s really neat, though, is how you can upgrade these weapons over time, equipping tokens found in levels to customise your arsenal in the way you see fit. You can upgrade the Dread Templar himself in a similar manner, too. You’re just limited by the number of token slots you have available, which need to be unlocked with blood crystals. 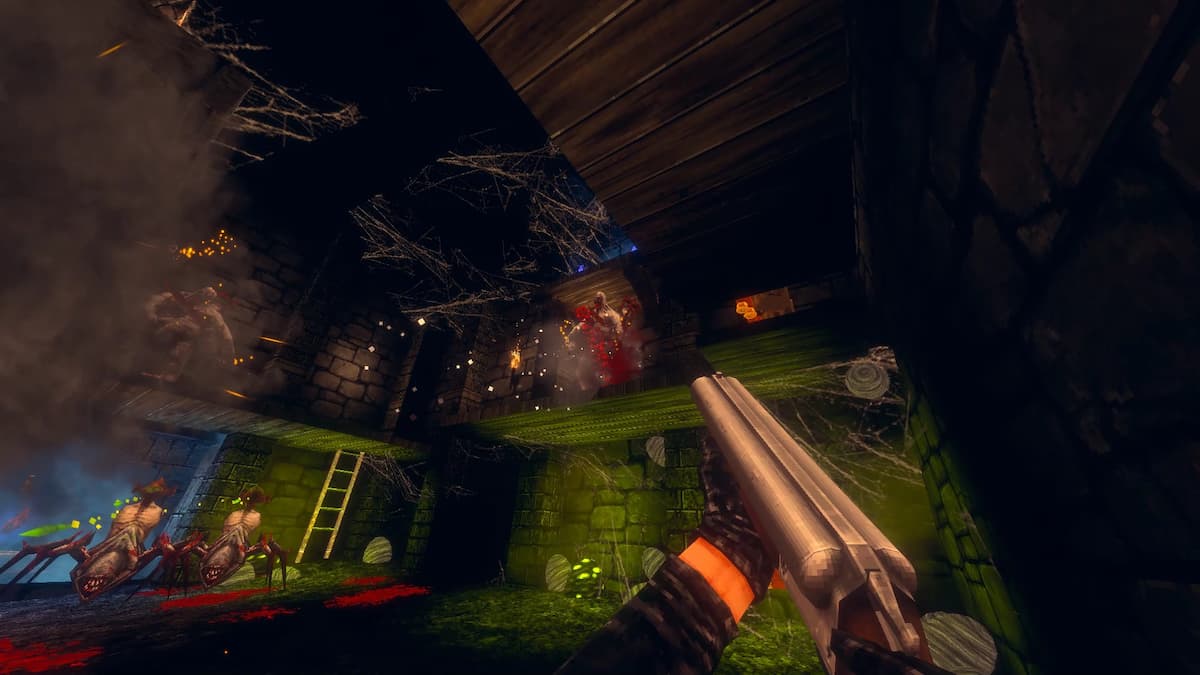 Fly through Dread Templar‘s levels and you might miss a lot of blood crystals and skill tokens. It pays, then, to take your time and explore. Not only are you likely to find secret areas here and there, but also side areas where overcoming challenging encounters is rewarded. In the long run it can make quite the difference, as Dread Templar is certainly challenging. Enemies attack in great numbers and can easily take you down. And as if that isn’t bad enough, you can only save your progress at mysterious blue artefacts spread throughout each level.

For the most part though, playing Dread Templar is retro first-person shooter 101. In each level, you simply kill anything that moves, stopping only to either find a switch or a key card to progress. Perhaps even multiple of them. Levels can be a little labyrinthine at times, and backtracking is often required, but generally they’re well designed so you never get lost. Our favourites, however, are the levels that are more open in nature. These often pit you against an increased number of enemies, truly testing your strafing and prioritisation skills.

Bolstering your impressive arsenal and breakneck speed are a couple of more modern gameplay conventions that add a little variety into the mix. First off is the dash, which can be used to quickly get out of the way of enemy attacks. It’s particularly handy when facing off against one of the game’s fearsome bosses. And then there’s the ability to enter slo-mo for a period of time. Simply hit a button and you can momentarily run rings around your enemies. Fill the slo-mo bar by killing more enemies and you can do it all over again. Fun. 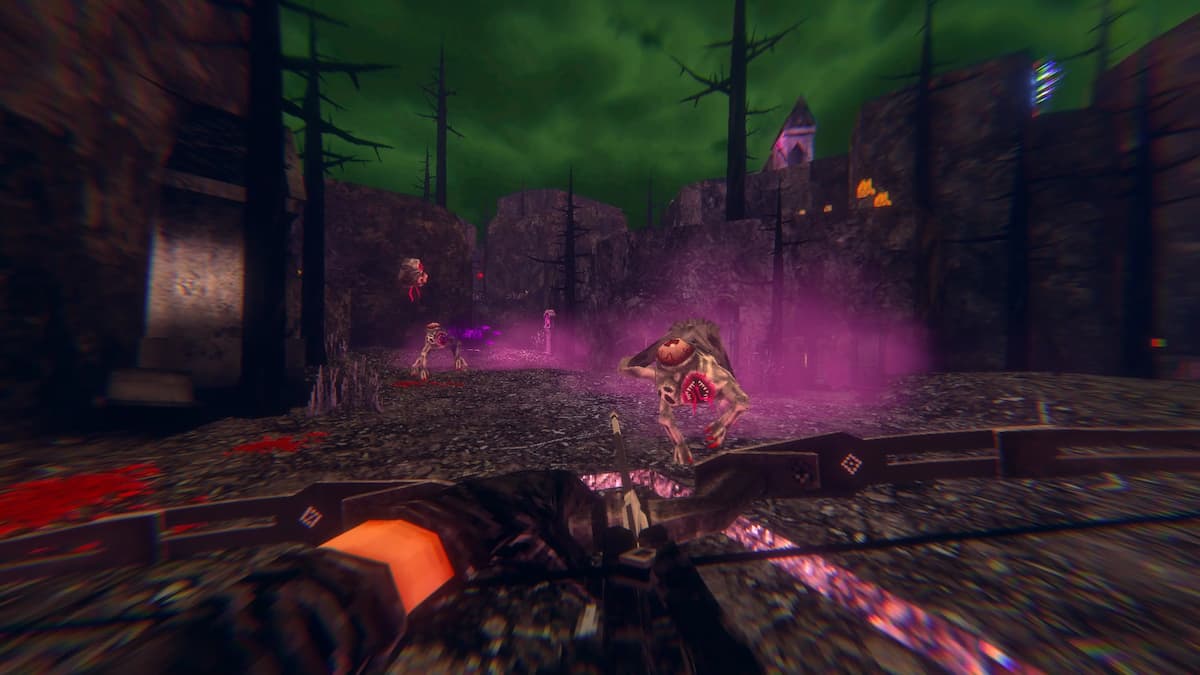 Some things do drag Dread Templar down a little, though. Enemy variety could be a little better, and while the visuals are suitably retro, they can also be a tad drab at times. There’s also the soundtrack to consider, which takes inspiration from a range of genres but is mainly composed of crunchy guitar riffs: we love it, but it can get a bit repetitive at times. And finally, controller support: while you can play Dread Templar with a controller, it’s not ideal. The menus in particular are certainly not designed with a controller in mind.

Still, whatever flaws you can find with Dread Templar, one thing counters them all: it’s hellishly fun to play. The speed of the action, your impressive arsenal, the pounding soundtrack – it all combines to create a thrilling first-person experience that you can’t help but lose yourself in. As far as retro-inspired shooters go, Dread Templar is up there with the best of them.

This review of Dread Templar was facilitated by a code provided by the game’s publisher. It’s available on PC.