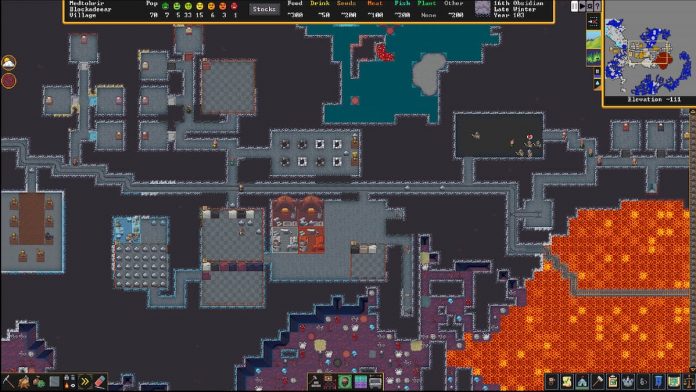 Dwarf Fortress has finally exposed Peter Jackson for the big fibber that he is.

Sure, The Hobbit trilogy may have had its share of fancy CGI effects, but where was the vomit, eh? It’s not a proper Dwarven settlement unless there’s pools of capuchin blood around the entrance and big puddles of green puke dripping off a nearby ledge. That’s how our first Dwarf Fortress looked, at least, and we have no reason to doubt its authenticity.

Admittedly, the game does have one hell of a lead on Peter Jackson’s films. It’s been out since 2006, though were were always put off by the way it used ASCII characters instead of pixel-based graphics. But, having been utterly absorbed by Dwarf Fortress’s world, we wish we’d picked up our pickaxes sooner.

The premise is simple enough, and there’s a tutorial to familiarise you with the very basics. You’re in command of a small group of Tolkien-style dwarves who’ve left their home in search of pastures new. After choosing where to settle them – the game helpfully warns you if you’re picking a plot that’s going to cause major issues – you get to work.

Related: The Best Games Based on Lord of the Rings, Ranked

So, you start digging into the Earth, gathering resources, watching them live their lives, maybe even have children and then you realise you’re a moron. And by “you”, we mean “us”. We were so intent on poring over each dwarf’s activities, smirking when worms startled one of our charges, that we forgot they might actually need to drink. 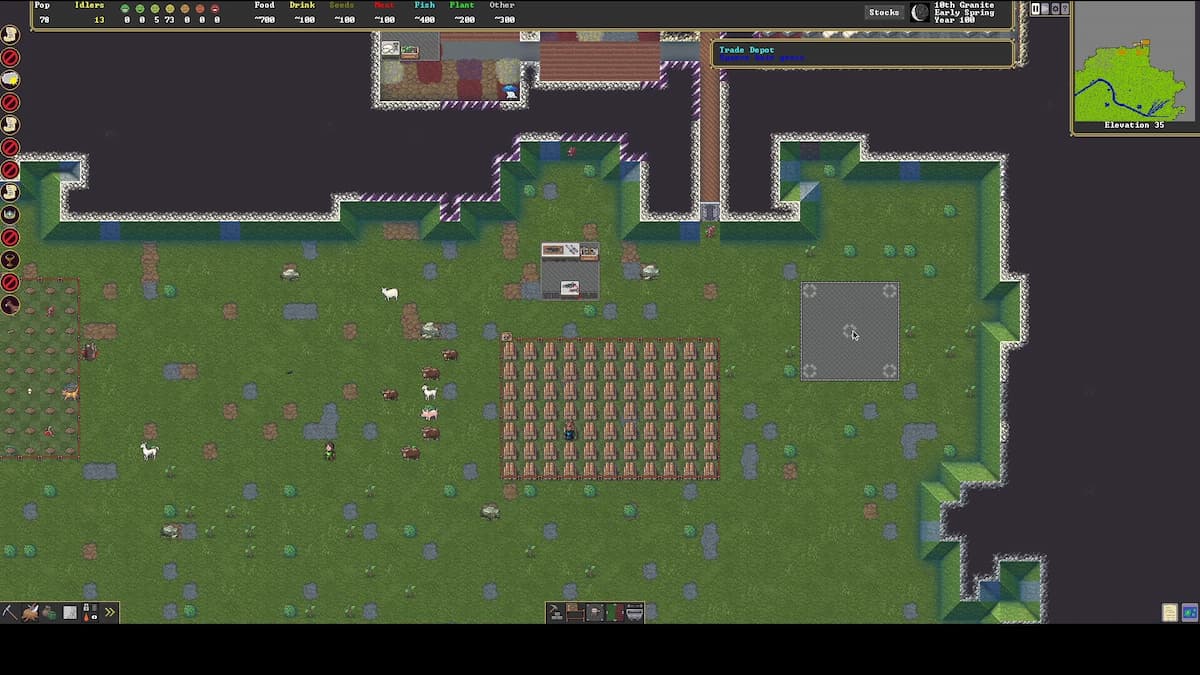 What followed was a frantic attempt to find water, anywhere. Dwarf Fortress explains exactly what each building/item, does but it never leads you by the hand. We were sure the colony was doomed, but then we figured out we could brew booze from fruit.

Soon, half our dwarves were gathering everything squishy they could get their hands on and one other was frantically turning it into alcohol. We’d saved the fortress, at least in the short term and, in all probability, a little bit tipsy. We guess you can give a baby booze though, we should add, all this happened after the vomit pools appeared.

Things improved from there but it made us aware that anything – and everything – can go wrong in Dwarf Fortress. Goblin raids? Check. Levels flooding? Absolutely. And we do mean levels: your fortress can and almost certainly will occupy multiple floors. Dwarf Fortress is as open-ended as games get, but our personal quest has been to see just how far down we can dig.

Does that mean our current fortress will probably fill with lava? Probably, but Dwarf Fortress makes failure fun and, sometimes, genuinely surprising. We’re not just talking about your whole fortress coming a cropper, either – sometimes it’s the little things, too. Hugh Jackman jokes aside, one of our dwarves got mauled by a Wolverine Man we didn’t even know was there. 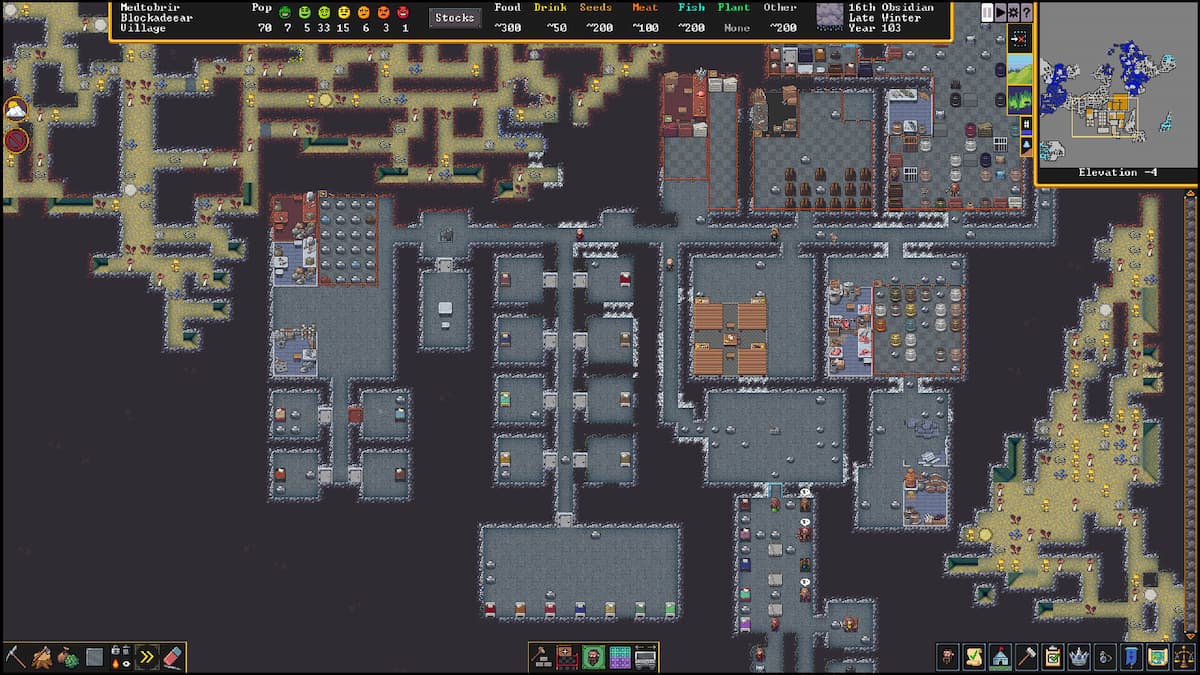 And there were some disappearances, too… like when we hadn’t seen one of the dogs in a while. The appropriate info screen told us, ominously, no one had seen it for some time. Maybe it ran away, but Dwarf Fortress has a tendency to make your imagination run overtime. When things are going well it feels fantastic, but there’s always that nagging sensation that some sort of disaster, major or minor, is round the corner.

Dwarf Fortress is a title that, even when you’ve put hours and hours and hours into it, it’ll still feel like you’re only scratching the surface. There’s so much going on and so much you can (though not necessarily have to) attend to. So it’s never just wood you’re cutting down: it’s willow, cherry and so on.

Though, to the game’s credit, it will let you build basic items out of different resources. It won’t smack your wrist and yell at you for trying to build a chair out of cherry when it should be oak. It’s only when you start pushing deeper into the game that it imposes more specific requirements on you.

And sure, you can view your dwarves as these funny little guys who roam around doing the hard work for you. But then you start paying attention to their needs and interactions, which is almost a whole game in itself. That worm-startled dwarf we laughed at? Turns out he has PTSD, which made us (rightly) feel horribly guilty.

Dwarf Fortress is, initially, a little daunting. Not because it’s inaccessible, but because you just know that it’s going to turn into a real time-sink. Is it the prettiest game around? No, but it’s wonderfully, ridiculously deep and a sheer joy to play. If you’re prepared to put the time in, Dwarf Fortress will drag you into its depths and you won’t regret it for one second.

We never did find out where all that sick came from, though.

This review of Dwarf Fortress has been facilitated by a code provided by the publisher. It’s available on PC. 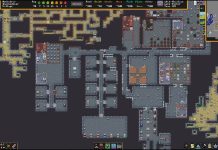 Does Dwarf Fortress Have Mods? 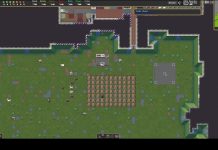 Does Dwarf Fortress Have a Tutorial? 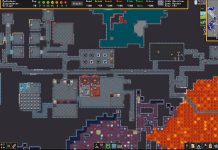 Does Dwarf Fortress Have Co-op or Multiplayer Features?