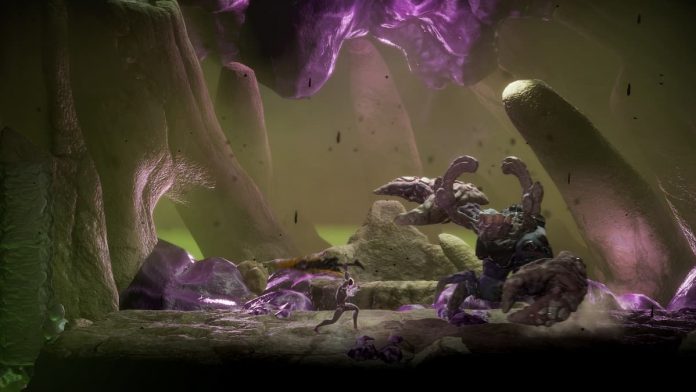 Now available on consoles after launching on PC back in 2021, Grime: Colors of Rot is a tough-as-rock action RPG with a unique setting.

If you believe that geology rocks, then Grime: Colors of Rot may just be the game for you. In this action RPG that incorporates Soulslike elements you’ll find yourself exploring a cold, stony world, full of adversaries composed of boulders, rocks and other primitive matter. Though there’s also a bit of fleshiness to be found for good measure.

While rendered in 3D, Grime: Colors of Rot is played from a 2D viewpoint. And from a gameplay point of view, there’s little that will surprise you. You traverse a series of connected locations, somewhat labyrinthine in their design, with frequent bosses blocking your progress.

As you’d expect, however, the Soulslike influences found in Grime: Colors of Rot result in a game that feels largely hostile and uncompromising. Die, for example, and you’ll be taken back to the last monolithic stone you last activated, where you can also develop your character. The trouble is, they’re quite spaced out, resulting in you having to retrace your steps all too often.

Thankfully you at least don’t drop your Mass when you die, the game’s equivalent of Souls. So, every journey, even if it results in your demise, is an opportunity to grow stronger. What you do drop, however, is Ardor, a figure that builds up and multiplies the Mass you earn by killing enemies and more. Make it back to your corpse, and you can at least retrieve 50% of the Ardor that was lost. 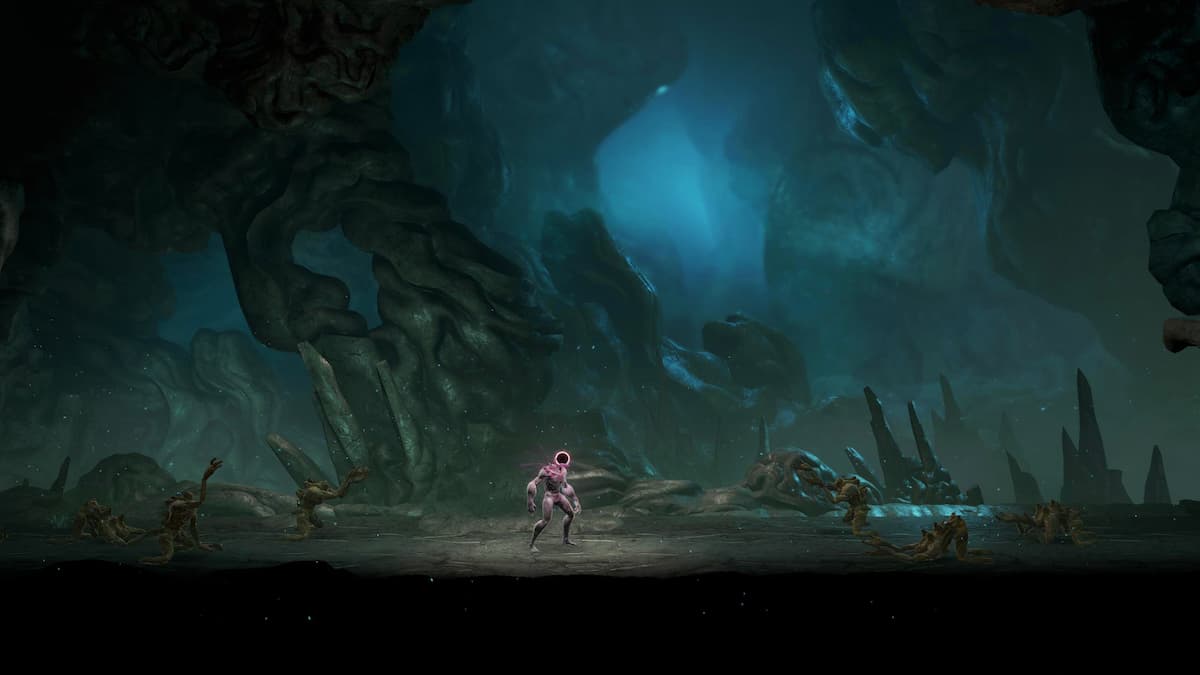 In light of its unique setting, it’s a shame that Grime: Colors of Rot doesn’t do more to draw players in and keep them hooked. Its main character, for example, being just a simple mass, is devoid of any charm and personality. Enemy designs are a little better, but still aren’t all that exciting.

It’s the parry-heavy gameplay that may put most players off, though. There’s only one way to reliably heal in Grime: Colors of Rot, and that’s by pushing a button to expend your breath meter. You’ll have a full breath bar upon activating or respawning at a checkpoint. Once that’s been expended, however, the only way to refill it is by parrying enemy attacks and absorbing them.

Parrying is also required to gain valuable perks. Absorbing a set number of each enemy type by parrying will unlock a helpful skill that you can then activate and further develop with Hunt points, earned by killing powerful enemies that you often encounter. And so, if you don’t take time to master the parry mechanic and use it liberally, you’ll be at a disadvantage. Even more so considering there’s no way to block attacks.

Still, if you’re a parrying master, or have the patience to master Grime: Colors of Rot‘s sometimes clunky-feeling combat system, you might enjoy your time with it. Ultimately, it will largely depend on how you take to its world. It may be unique, but it’s also somewhat ugly. 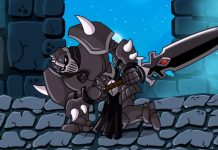