The new Dead Space remake looks pretty impressive on PC and new-gen consoles, but is it also coming to PS4 and Xbox One?

The original Dead Space launched on PS3, Xbox 360 and PC and, thanks to backwards compatibility, it’s also playable on newer Xbox consoles. But will EA’s new remake get a native PlayStation 4 and Xbox One release?

The answer is, unfortunately for owners of those platforms, no. The new Dead Space is not coming to PS4 or Xbox One. It’s just coming to PC, PlayStation 5 and Xbox Series X/S. Why? Because it’s been built from the ground as a next-gen title. For example, instead of being divided into chunks, the USG Ishimura is one seamless zone.

That’s not to say the Xbox One and PlayStation 4 aren’t capable of something approaching that, but EA Motive would have to limit its aspirations to what those consoles are capable of. Either that, or they’d have to juggle two versions, the last-gen and the new-gen.

We’re reminded of Thief 3 and Deus Ex 2, both of which had levels that were divided into smaller zones. That wasn’t the case in the previous games, but it was done so that the original Xbox could handle them. It also didn’t do either game any favours.

Could EA Motive port Dead Space to PlayStation 4 and Xbox One later? It’s theoretically possible but it’d be a lot of work, there’d certainly be compromises. It’d also be hard to justify doing that, both in terms of expense and potential profit. So, no, the Dead Space remake is not coming to Xbox One or PS4. If you don’t yet have a newer console or a PC capable of running the game, you’ll have to sit this one out. Sorry. 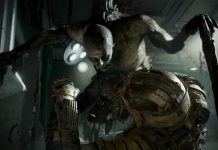