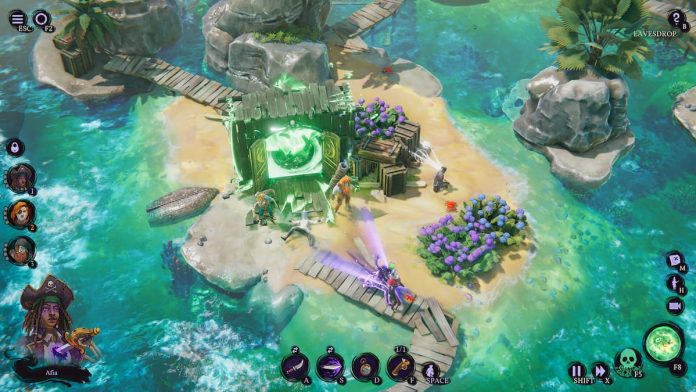 Shadow Gambit: The Cursed Crew, coming this year, is a turn-based pirate strategy game from the makers of Desperados III.

On the whole, we’re pretty happy about the announcement of Shadow Gambit: The Cursed Crew. We absolutely loved Desperados III, developer Mimimi games’s western strategy game. But we are slightly disappointed by not making it a real-time strategy they’ve robbed us of an “aaarrrr-ts” joke.

The game casts you as a supernaturally-powered pirate, one of the crew of a sentient ghost ship, so you know things are going to get weird. Mimimi promises a hefty dose of stealth too, as you roam the Lost Carribean building up your crew. Each crew member will have their own magical abilities and learning to use those will be the key to success.

Aside from just pursuing your own ends, you’ll also have to deal with the sinister-sounding Inquisition of the Burning Maiden. No doubt they’ll be snapping at you heels though if Mimimi’s previous games are anything to go buy this won’t be a full-on open world game.

Mimimi announced the game with a suitably dramatic trailer and a handful of screenshots which you can find on the game’s Steam page. You can expect an additional gameplay trailer to drop some time this year. Right now, it’s set for an Xbox Series X|S, PlayStation 5 and PC release. And if you do want to dive into Desperados III’s gun-slinging world, it’s heavily discounted on Xbox.