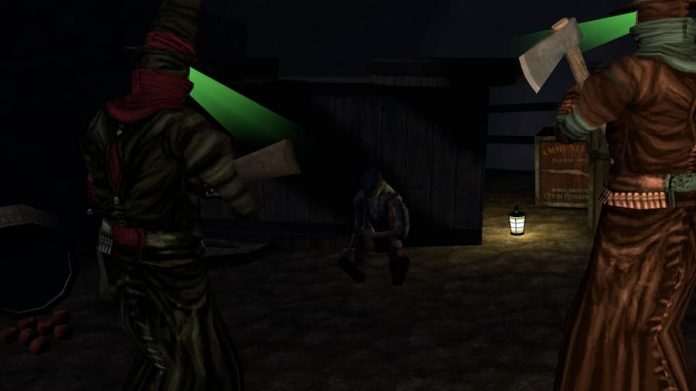 Gloomwood, currently in Early Access, is bound to have the odd bug. But this recently-revealed glitch is absolutely hypnotic.

The bug may not make it into the game’s public build, but the story behind it is quite something. Gloomwood developer Dillon Rogers became aware that one of this stealth horror’s antagonists was investigating disturbances but not returning to their role.

The role in question was that of a butcher, though the character is technically a woodsman, but we’ll spare you the obvious mucky joke. The butcher/woodsman should have gone right back to chopping meat but the bug prevented them from doing that. Rogers fixed the bug and, when the disturbance is over, the butcher returns to their role.

Problem solved, right? Not quite. Because instead of just leisurely wandering back to the block and getting to work, something else happens. The butcher charges back to their table and, yelling loudly, lays into the meat with their blade.

There is a bug where sometimes the woodsman who chops the meat in the barn won't return to it after being distracted, so I fixed it and now this happens hahahaha pic.twitter.com/PJ8mAeDD0d

It’s as ridiculous as it sounds and we just can’t stop watching it. We keep imagining what’s going through the butchers head. Are they furious that someone’s taken him away from a job he loves? Or do they hate their role but imagine the meat is that cart-driver that cut them off in traffic?

We may never know, but that’s not going to stop us leaving this clip on loop. If you’ve not played Gloomwood, which channels the spirit of the original Thief, you can pick it up on Steam right now. And you can follow developer Dillon Rogers on Twitter here. 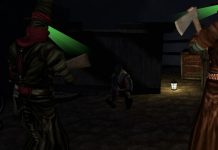