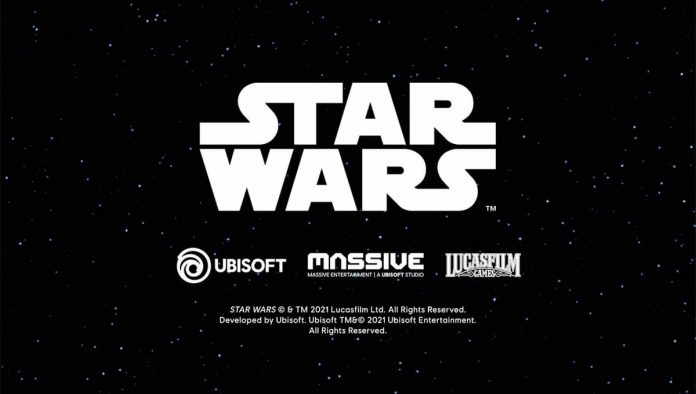 Ubisoft has teased that 2023 will bring big things for their upcoming Star Wars game.

Developed by Massive Entertainment, a Ubisoft-owned Studio, we know that it’ll be an open-world Star Wars game, which rules out Star Wars Kinect 2. Ubisoft have otherwise remained tight-lipped about what it will entail.

However, Ubisoft Creative director Julian Gerighty posted an enigmatic message on Twitter, stating, “Happy New Year to you all. 2023 is going to be huge for us. Join the adventure. #MassiveStarWars.”

Could this mean that Massive’s Star Wars game is going to be arriving in 2023? Honestly, probably not. Sure, we don’t know for certain that it won’t be release this year but Massive are still advertising for people to join the project.

The roles being advertised include Animator, Lead Concept Artist, Technical Animator, Games Designer and more. Sure, those may be supplemental roles but it doesn’t smack of a game that’s just months away from release.

Happy New Year to you all.
2023 is going to be huge for us.
Join the adventure.#MassiveStarWars pic.twitter.com/NGqKMXImpc

In all likelihood, 2023 is going to be the year we learn what Massive’s Star Wars game is all about. We’d expect to see a teaser trailer along with, towards the end of the year, a full trailer. Likewise, you can expect Ubisoft to divulge plot details, including the identity of the game’s protagonist or protagonists.

We’re keeping an open mind, mostly. What we do hope is that the game doesn’t cast you as Jedi. Yes, we’re looking forward to Star Wars Jedi: Survivor but we’d like a Star Wars game where you’re not one of the galaxy’s space wizards.

We’ll let you know when we hear more. In the meantime, check out our list of 2022’s best games.