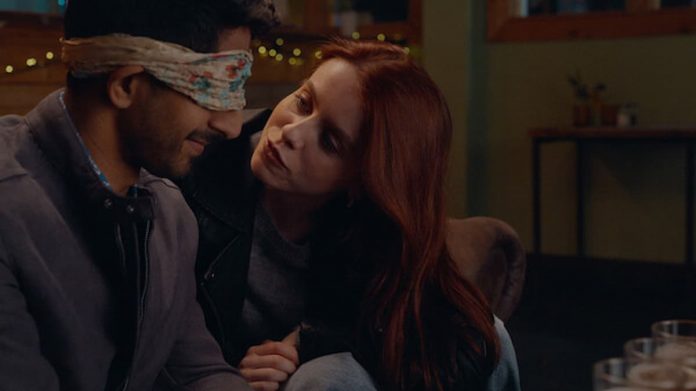 Wales Interactive and GoodGate Media have been hard at work on a new FMV, coming to PC and consoles on Valentine’s Day.

And considering the subject of the game, its Valentine’s Day release date couldn’t be more appropriate. You see, Ten Dates is an interactive rom-com all about speed dating.

If that concept sounds slightly familiar to you, that’s because it is. This is actually a sequel to GoodGate Media’s Five Dates which, set and filmed during lockdown, saw your protagonist go on a series of Zoom dates.

But with humankind now being free to go out in the world once again (who’d have imagined such a thing back in 2020?), Ten Dates takes dating back to being in-person. It follows Misha and her best friend Ryan as they embark on a speed-dating adventure.

Like Five Dates, players will make dialogue choices, with how the conversation goes affecting the outcome of the game. What you say and how you act will determine how well each date goes, basically. Just like the real thing. So don’t say or do anything stupid.

You can watch the new trailer below, which looks like great fun. We’re suckers for a good rom-com, and being able to play through our own personal one is quite the prospect.