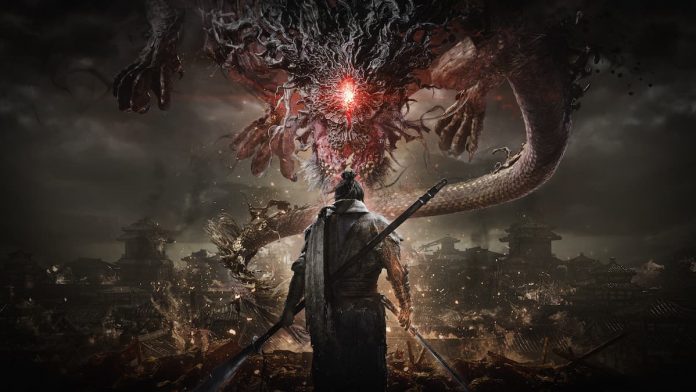 After playing through a couple of its opening areas, the story of Wo-Long: Fallen Dynasty still doesn’t make heads nor tails to us.

Something about a much sought-after elixir, a mysterious blindfolded warrior and an old man who seems to be accompanied by a fearsome dragon? It didn’t take too long, however, for us to put the story at the back of our mind. Partly because we were too engrossed in the unique fast-paced action offered by Wo-Long: Fallen Dynasty, and also the fact that it was frequently kicking our ass.

Developed by Team Ninja, you might presume that Wo-Long: Fallen Dynasty is simply Nioh but with a Chinese setting. The truth is, while there are some similarities, it ultimately feels like very much its own game. After creating your character, you’re let loose in a tutorial area where you can get to grips with the game’s combat system, and straight away you realise that Wo-Long: Fallen Dynasty is its own beast.

Forget stamina or Ki: here, Spirit is what’s important. It’s represented by a bar sitting just underneath your character, below your health, and it’s a sliding scale. Some actions, like successfully hitting enemies, raises your Spirit, while others, like dodging, drain it. Should the Spirit bar move all the way to the negative side, you’ll temporarily be unable to act, rendering you defenceless for valuable seconds. When it’s positive, you can channel it into your attacks, doing more damage as a result. 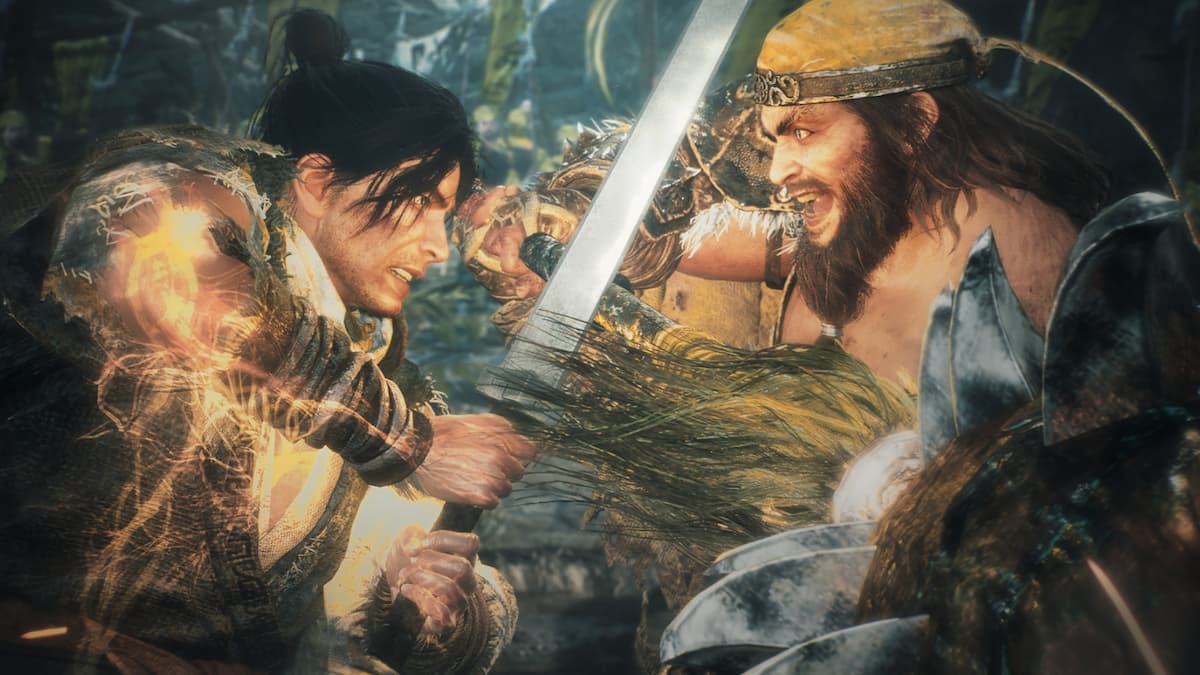 The trick to success in Wo-Long, then, is to manage your Spirit with care. You need to avoid expending too much of it in quick succession, and when the opportunity arises employ it to bolster your attacks. Though there’s another thing that’s critical to your survival, too: deflecting attacks. While you can block or dodge the majority of incoming blows, it will negatively affect your Spirit without much gain. Deflect an opponent’s attack, however, and you’ll negatively affect their stamina while also creating an opening for attack.

Deflecting attacks is so important in Wo-Long: Fallen Dynasty that the boss of the opening area seems designed around forcing you to show your mastery of it. It’s a two stage affair, with no checkpoints between and also a few sips of your restorative drink available. Needless to say, it’s tough compared to the numerous enemies you’ll fight along the way that don’t really pose much of a threat, but at least once you succeed you know you’ve got a fighting chance of overcoming what’s ahead.

Deflecting is particularly important when it comes to powerful enemy attacks that flash red. These outlandish moves will be familiar to those who have played Nioh 2, and can be capitalised upon in a much similar manner. Perform a Deflection at just the right time and you’ll negate the attack while creating a substantial opening. The amount of Spirit you’ll drain from your opponent has a good chance of putting them in an exhausted state, too, allowing you to perform a devastating attack. 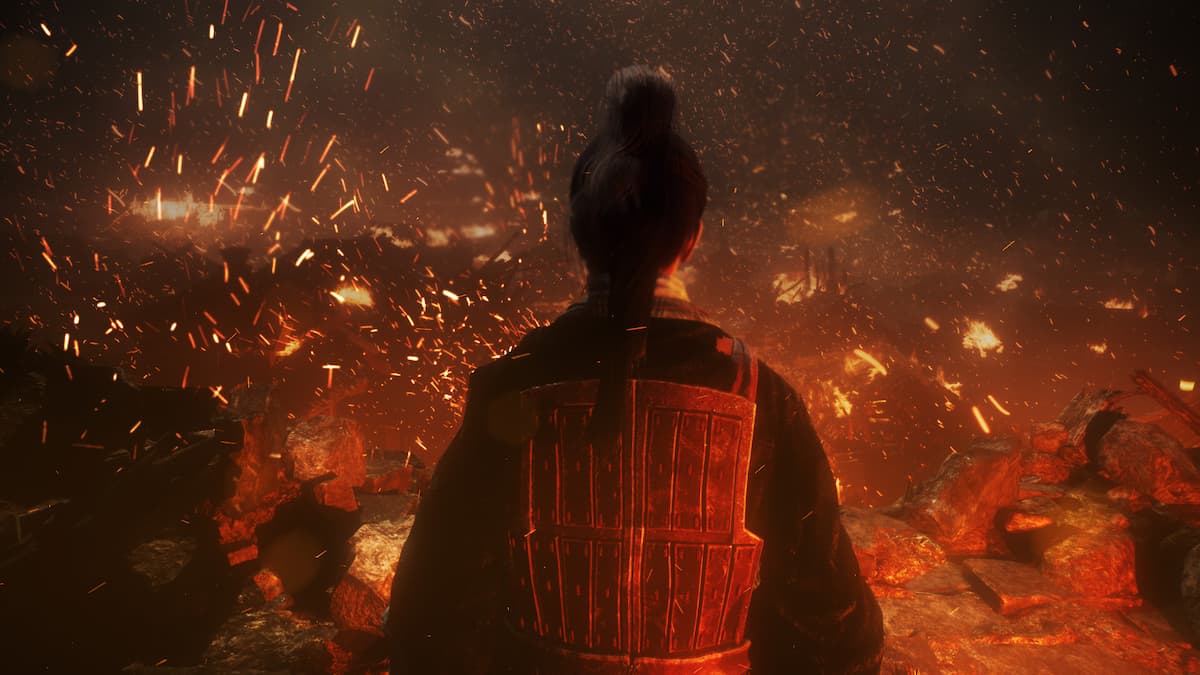 After battling our way through the opening area, a burning village, the second environment we found ourselves in gave us hope that Wo-Long is set to provide a pleasant range of locations to explore. A dry, arid slab of mountainous land feels worlds apart from what we’ve experienced in the Nioh series, and it’s here where we further honed our skills, taking out groups of bandits and the undead while looting whatever we could.

As you’d expect, various weapon types are on offer, including swords, polearms, maces and more. You can equip two of them to easily switch between, as well as a duo of ranged weapons. And like the multiple pieces of armour that are also available, they’re graded in accordance to their rarity and can have a range of stat and skill modifiers. Good news for those who thought that Nioh perhaps threw too much loot at you though – here, it seems more restrained.

When it comes to developing your character, there is of course a levelling system, which relies on the Genuine Qi collected by defeating enemies. It can be a little confusing to get your head around, though, with you upgrading elements such as Fire and Water rather then strength, vitality, etc. Ultimately it works the same, only the benefits include taking less Spirit damage when blocking attacks and such like, so you need to get your head around what benefits you most and spend your points accordingly.

When you have got used to the unique systems of Wo-Long: Fallen Dynasty, it’s very promising indeed. The combat is faster-paced and flashier than anything that’s been seen in the genre prior, and there are a myriad of options. When you’re not performing basic slashes and swipes with your weapons you can employ powerful Martial Arts, and there’s also a whole host of Wizardry spells to unlock. The trick with Wizardry spells, however, is that a specific level of Morale is required to cast them, and it may be lost upon death.

Perhaps our only concern with Wo-Long: Fallen Dynasty so far is that its bosses can be a little overly punishing. While we overcame the first major boss without much fuss after brushing up our deflecting skills, a boss in the second area effectively one-hit killed us multiple times with an unblockable attack that was hard to get the deflection timing just right for. And so after performing multiple walks of shame back from the last resting point, it became a bit frustrating.

Still, there’s a lot to be positive about when it comes to Wo-Long: Fallen Dynasty, and we can’t wait to go hands-on with the full game when it launches this March. It’s certainly not just Nioh with a new setting, boasting a whole range of new features and mechanics as well as a faster-paced battle system. If you’re a fan of Soulslikes, or indeed Team Ninja’s Nioh, keep this on your radar. 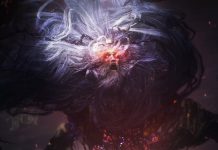