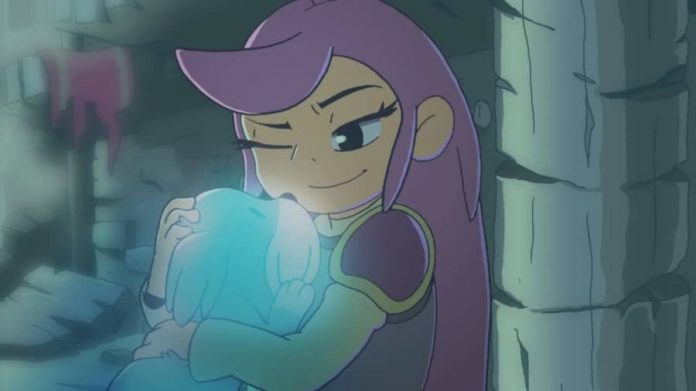 Alright you giant skeleton, I’ve got a bone to pick with you.

Sometimes I get the pleasure of playing a game that I know is going to put a smile on the face of hardcore gamers. Even if I myself am frowning during most of it. Battle Princess Madelyn is definitely one of those games.

With a charming story and retro gameplay, Battle Princess Madelyn has a lot going for it – especially if you enjoy a challenge. Players looking for a more casual gaming experience are best off giving this one a miss, however. Trust me: living in the bliss of not knowing the true meaning of game rage is much better.

Battle Princess Madelyn is a 2D side-scrolling platformer from Causal Bit Games. It starts out with a cute animation about a young girl and her grandfather. Much to the girl’s chagrin, her grandfather visits her while she’s sick in bed and tells her a story. That story is the tale of Princess Madelyn and her ghost dog Fritzy. You play as the princess and your main goal is to get revenge on the evil wizard who killed your precious pet and to help save the kingdom from his powerful forces. You’ll be fighting dozens of different foes in a beautifully illustrated retro setting.

Inspired by the classic 2D game Ghosts ‘n Goblins, Battle Princess Madelyn’s gameplay is very reminiscent of games of that ilk. Madelyn will use her attacking and jumping skills to traverse dangerous areas, taking down skeletons, bats, spiders, and other ghoulish foes along the way. Madelyn is able to pick up multiple types of weapons, which she has an infinite amount of, to throw at enemies. 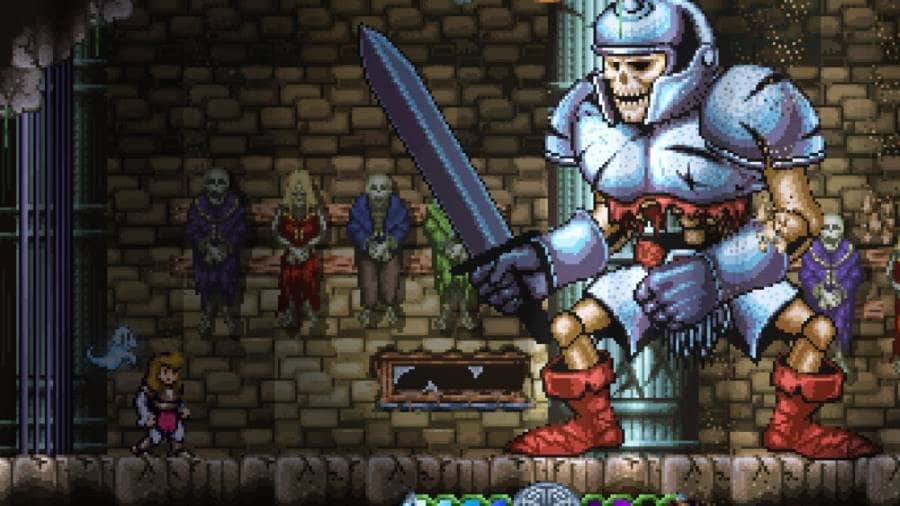 The further you move into the game, the better weapons you’ll be able to use. As Madelyn ventures through dungeons she’ll come across enemies, bosses, and dozens upon dozens of secrets. Secrets that hide keys, treasure, weapons and more.

The gameplay is fast-paced and reminded me a lot of 2017’s Cuphead, with the levels being particularly unforgiving at times. You’ll come across a long hallway with bats, flowers shooting goo, and slimes jumping towards you all at the same time. You might also have to jump a series of complicated platforms to get to the other side of a large body of water. As such, it felt like Battle Princess Madelyn was rooting against me at times.

But nothing you encounter in Battle Princess Madelyn feels impossible, not even the game’s bosses. Sure, they’ll probably take you a couple dozen tries, but once you’ve memorised their moves, you’ll get the battle down pat. Unfortunately there’s very little that changes about the gameplay as you move on other than finding the occasion new weapons, so it does start to get stale after the first couple of hours. Discovering the different bosses and coming across new types of enemies is fun, but they too repeat over and over again. 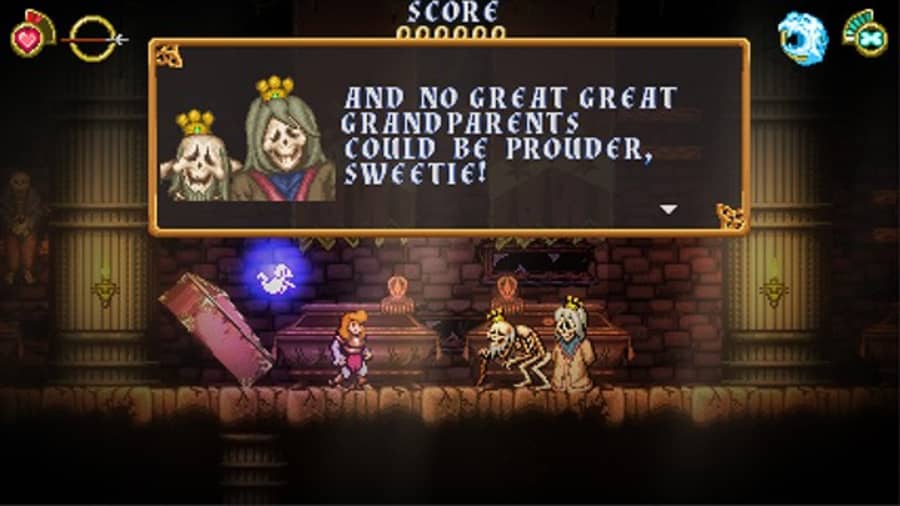 Although Battle Princess Madelyn’s story mode is decent, it also starts to get old rather quickly. With no real indication of where you’re meant to be going, players are likely to take more than one leap of faith into the pit of despair below, hoping they’ll land where they’re meant to be. Too many things are easily missable and after one too many deaths, you’ll start to wonder whether it’s worth continuing. While the story itself is pleasant, there’s very little there to keep you motivated. The dialogue is short and to-the-point, and you won’t have many words with the people you find around town other than when they’re asking you for favours.

If you’re looking for some really good fun, then you’ll want to venture into Battle Princess Madelyn’s arcade mode. Here, you’ll fight across the different settings featured in the main story, but this time you’ll be aiming to rack up the highest score possible. Madelyn will earn better weapons and armour more quickly than in story mode. I’ve spent a lot more time in arcade mode than I have done in story mode.

While I might not have got as much joy from Battle Princess Madelyn as others will, there’s no denying it holds a certain charm. For gamers who still enjoy the retro allure of games like Ghouls ‘n Ghosts, there’s a lot to like as you explore the swamps, caves and forests to attempt to unearth all the secrets. I probably won’t be rushing back into Battle Princess Madelyn‘s story mode any time soon, but if you’re up to the challenge of the game’s difficulty level, you’ll certainly get a kick out of its old-school animation and soundtrack.

Battle Princess Madelyn is available on PC, PS4, Xbox One and Nintendo Switch. We reviewed the Xbox One version.