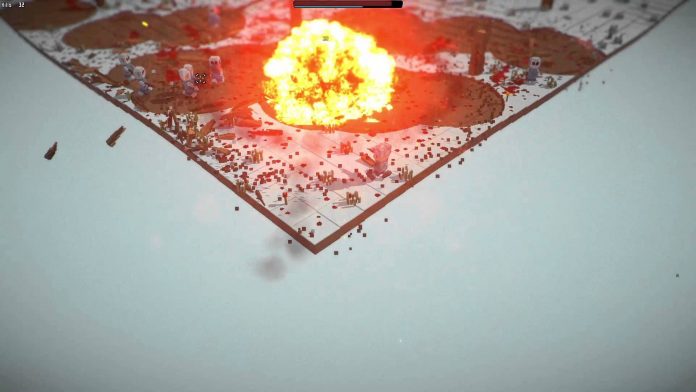 Kicking off August with a bang, in today’s #FreeGameFriday we’re looking at the utterly riotous Critical Annihilation – a top-down shooter by Devoga. If you think I’ve made a mistake after seeing the same thing on Steam for £6.99/$9.99 you’d be wrong. The version on Gamejolt is in fact the same game, only it’s one continuous, very basic level and a little buggy.

We’re greeted by a stark white environment, dotted with the occasional tree or scattered flora. In the centre of this bare wilderness you’re dropped alone, confused, and with nothing but a gun. It’s not long before enemies start attacking from all sides, gradually growing in density and aggression. Eventually you’ve left yourself open one too many times and a grey screen pops up. You are dead. 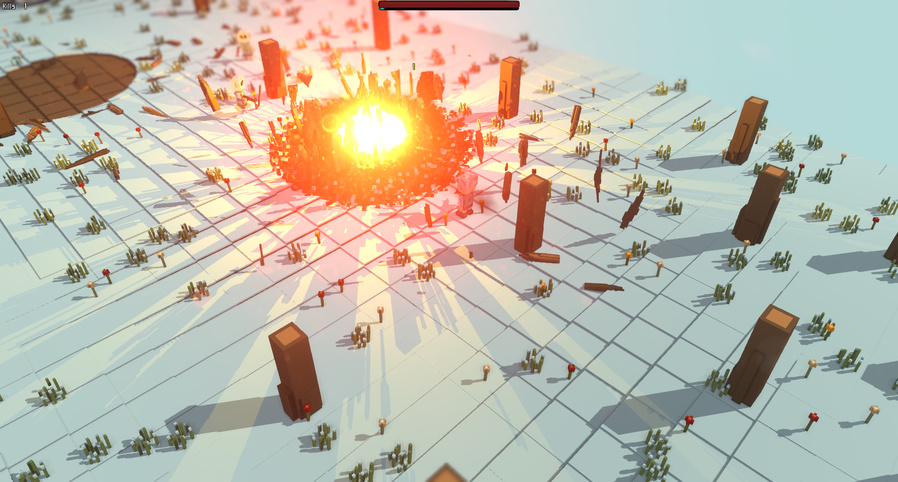 As someone who has a fantastic attention span while working, but a terrible one while gaming, Critical Annihilation isn’t a game I would play for hours. The reason I chose it for this week’s Free Game Friday is because of its fluidity and style.

I know people will find it entertaining because many, many more of you have far better attention spans than I. For those who are cursed like me however, watching everything happen around you like a box of collapsing Lego is rather nice.

So if you’ve got some time to spare, click the link below and get going with this unexplainably adorable game. There’s no need to download, just load up and play – though as it’s a Unity player I’d suggest using Internet Explorer. Let us know how you get on in the comments or on Twitter by using #FreeGameFriday, we always love to hear your views, and I’ll speak to you next week, folks.