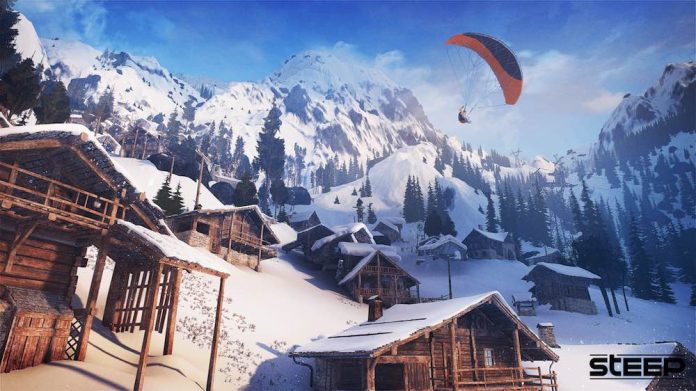 Not get in on the winter sports fun during the height of Winter? Well, if you didn’t, Ubisoft are offering up a free weekend for their extreme winter-sports title Steep.

It begins later today on all platforms (PC, PS4 and Xbox One) but PC users can begin pre-loading now on Uplay ahead of its start at 6pm GMT. Oddly, the trial lasts slightly longer on Playstation 4 and PC – ending March 13 at 6pm GMT rather than the Xbox One’s end-date of March 12 at 9pm GMT.

The trial isn’t limited either; players will be able to explore the full mountain ranges of both Alaska and the Alps, compete in all available challenges and trials in any of the four sports available – skiing, snowboarding, paragliding or wing-suiting. If you decide to take the plunge and buy the full game – which is on sale at 40% off – all your progress will carry through.

Many larger publishers have taken up releasing free weekends for players a few months after release. For Steep specifically; I wouldn’t be surprised if it was due to lower sales. Many of Ubisoft’s recent titles have faced problems shifting units, including Steep and Watch Dogs 2 – although Watch Dogs has went on and sold well over time.