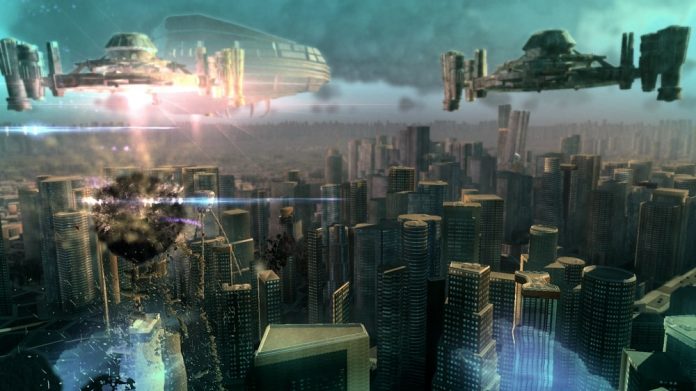 Sometimes a game just needs a little something to set itself apart from the crowd. Megaton Rainfall has that something.

As a game, Megaton Rainfall is about as off-the-rails as it could possibly be. It’s essentially a first-person superhero game, with you in the shoes of the superhero. Earth is being attacked by aliens, and of course, it falls on your shoulders to save the world.

You begin with the ability to fly and have a powerful blast skill that can be fired from your palm. Using these, you’ll need to protect the innocent earthlings from alien invaders. Alien craft can be destroyed in a variety of ways, but most commonly by blasting a specific weak-point on their armour or by landing enough blasts to wear them down. Be careful with your shots though; you’re just as powerful as the enemy and mistimed shots will destroy buildings and kill innocents. Eek. Kill too many innocent people and you’ll have to start the level over. It’s worth aiming your Megaton blast at a large city just once though, just to see the mass of devastation it can wreak. The feeling of power is awesome. Mwahahaha. 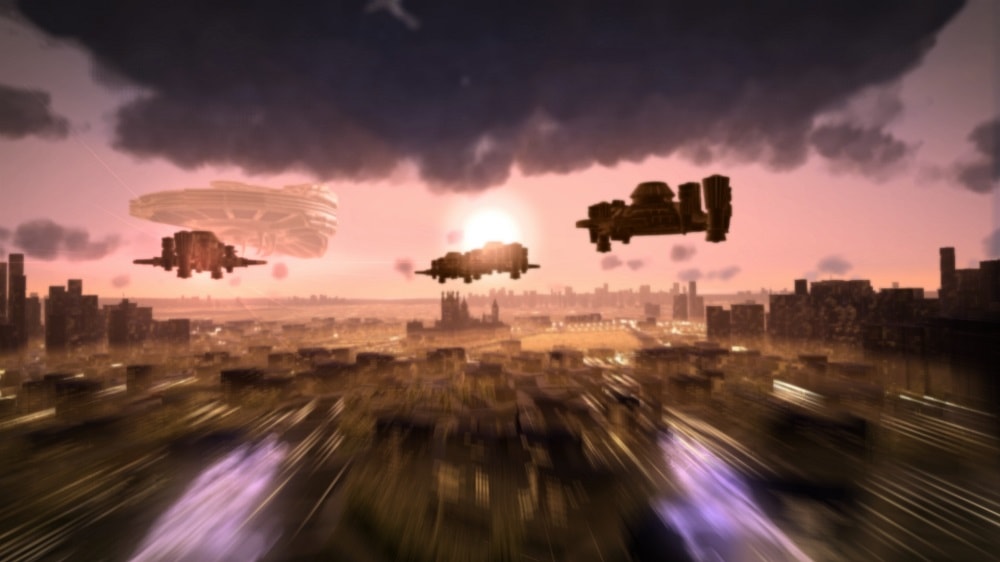 The scale and scope of Megaton Rainfall is incredible. You are defending Earth — and that means all of it, from pole to pole and across all hemispheres. Of course, we’re not talking real-world mapping here; it’s just a basic representation of Earth with repeating textures and building modes, but you’re likely to be too busy having fun to notice. There are plenty of points of interest, though, including a 3D model of the moon — which I was allowed to fly to, and gaze upon the Earth like its true protector. It felt terrific. That’s not the limit of the game either; the Sun and Mars are also within reach and in the time I played I never hit any invisible walls, except in the earliest stages before the world opened up to me.

The story is possibly the weakest element — but then again, Space Invaders didn’t need a narrative so neither does Megaton Rainfall. It is worth noting, though, that there are only nine stages in total and if you were a real crack-shot, you could complete each one in five to ten minutes. Be that as it may, you’ll likely be playing far longer whether it’s out of difficulty or from just enjoying the experience.

Megaton Rainfall is available in standard form on PS4 (and PC later this month), but it can also be played in its entirety with PSVR. I opted for the VR experience, and it’s refreshing to see a game so eager to throw off its shackles and not be held back by concerns of motion sickness. There are a handful of options to allow you to tweak your experience — including blinkers to cover the periphery of your vision and a smooth flight option for a cleaner experience — and I strongly recommend you leave them switched at default, at least for a while. By now I’m pretty comfortable with PSVR so I had absolutely no issues to begin with, but turning off those comfort controls made quite the difference, resulting in an experience much more akin to RIGS in terms of motion sickness. As usual though, give it time and adjust the length of time you play for to begin with and you’ll be fine. 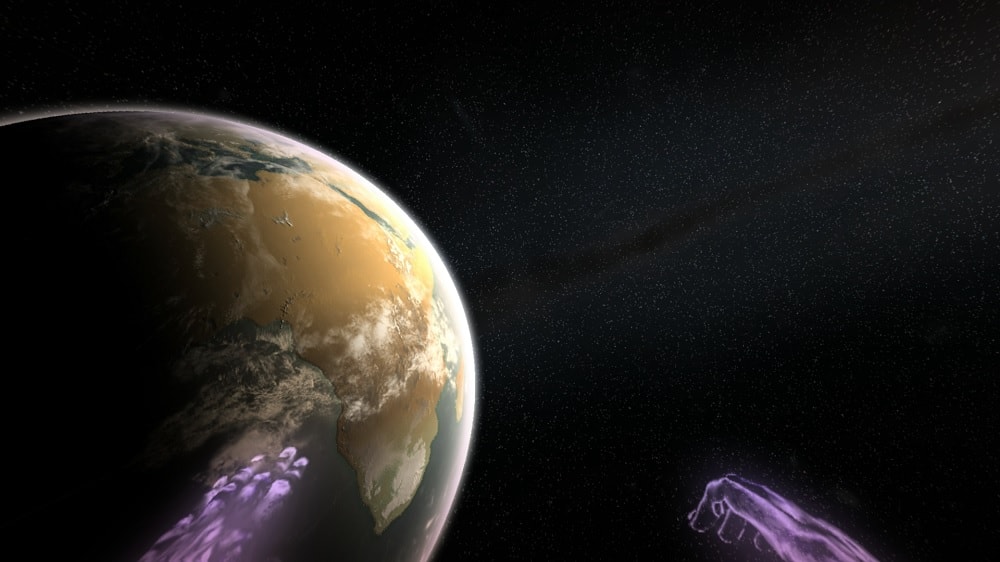 The controls need a little work, however. The game only supports DualShock 4 input, despite your in-game representation having two hands which are just begging for motion controller support. Aiming with the controller is often imprecise, and you’ll cause more casualties then feels fair as a result. This certainly isn’t game-breaking by any means, it’s more just a slight niggle. The unruly aiming also proves to be a challenge when facing a foe with specific weak points; trying to aim at a particular spot on a moving target is easier said than done.

The non-VR version of Megaton Rainfall offers quite a different experience — and not necessarily in a good way. While it’s not terrible by any means, without the ability to physically look around, the control scheme is even less ergonomic and aiming is even more of an issue. Those innocent civilian casualties soon rack up as you miss shot after shot trying to aim at the now-too-small critical hit areas, especially on some of the smaller craft, and the graphics, while impressive for PSVR, are clearly sub-par for a standard PS4 title. Megaton Rainfall may be worth a punt for a few who really love the concept, but it’s only a recommended purchase for those able to enjoy it with PSVR.

Overall, Megaton Rainfall is a very enjoyable title from a clearly talented developer and feels like a bargain at £12.99/$15.99. The clear desire to push the boundaries of both the technology and the genre has paid off, as Megaton Rainfall offers immersive, enjoyable and impressive gameplay with PSVR. If you own one of Sony’s headsets and are tired of on-rails experiences, I’d encourage you to dive straight in.

Megaton Rainfall is available on PC and PS4. We reviewed the PS4 version.