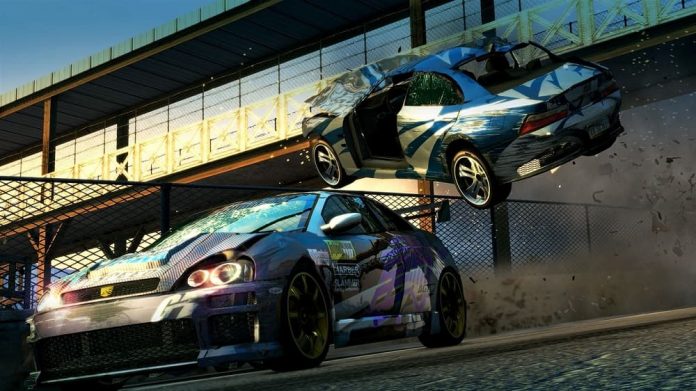 It had insane speed. It had wince-inducing crashes. And all the while it looked great and ran flawlessly. But then, after 2008’s critically acclaimed Burnout Paradise, there were simply no more. Burnout unexpectedly and undeservedly died. Until now.

Burnout Paradise is back, remastered for PlayStation 4, Xbox One and later this year PC, but while it’s still a great game even by today’s standards, I just can’t help but think that it should have been Burnout Revenge getting the remaster treatment.

Textures have been improved across the board, shadows are sharper, and special effects such as smoke are now more plentiful. But more importantly, if you’re playing on Xbox One X or PS4 Pro, the game now renders at full 4K resolution which, trust me, makes the image quality infinitely more appealing. Some gamers may have been expecting more perhaps, but visually, Burnout Paradise Remastered isn’t just a simple port. And the icing on the cake is that even in 4K resolution, Burnout Paradise Remastered pretty much sticks to its 60 frames-per-second target. 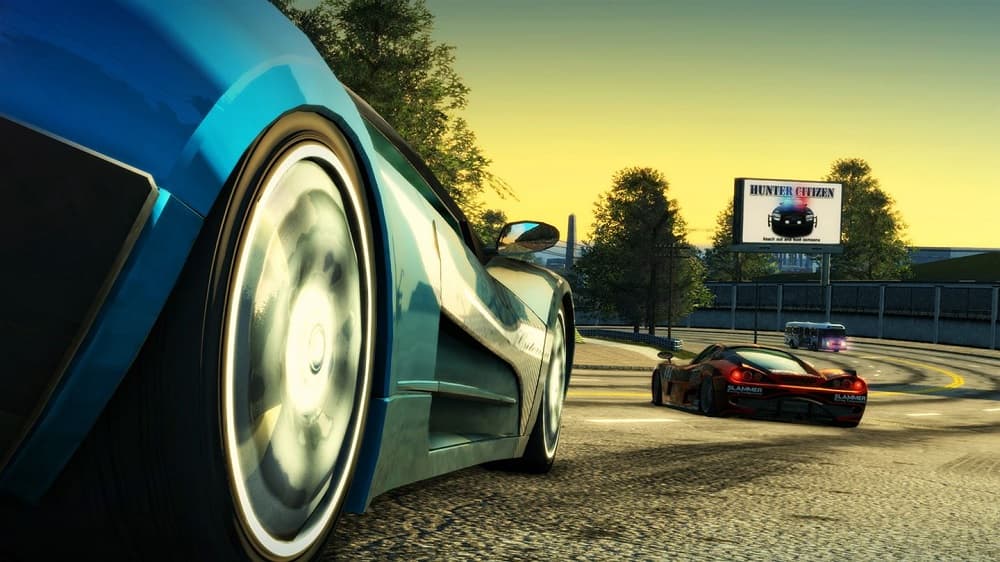 It’s in terms of content where nothing has been changed, though that’s not so much of a problem considering that Burnout Paradise Remastered includes all the DLC released for the title including Big Surf Island. There’s tens of hours of high-octane racing action here, with a varied range of events and activities to keep you glued to the screen. And all the content is unlocked the moment you start playing too, meaning you can use a ridiculous fast legendary car to speed past the competition in the early hours of the game if you wish. I wouldn’t recommend it though.

What’s disappointing, however, is that there are no new quality of life features added. I’ve always felt that Burnout Paradise would have benefited greatly from a fast travel option or a way to mark locations of interest on your map. If you’ve ever felt the same then you’ll share my pain at their continued absence. It’s not particularly a problem, but it does bring to your mind Burnout Paradise‘s age. Forcing you to drive everywhere just wouldn’t fly in modern day open-world racer. 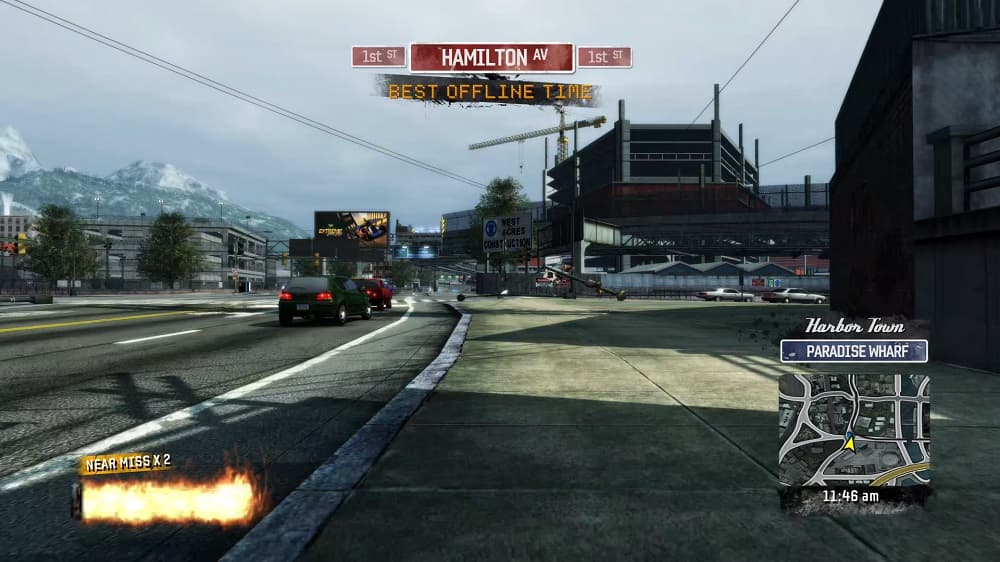 Despite its lack of new features, Burnout Paradise Remastered nearly enthrals just as well as any other recently released arcade racer, however. I say nearly, as while there’s nothing else on the market today quite like Burnout, Burnout Paradise just isn’t quite as good as I remember it being. Its map, for example, now seems tiny compared to the likes of Forza Horizon 3‘s expansive and varied playground, its collectathon side activities feel like excessive padding, and its progression system, well, it feels more repetitive than ever, forcing you to complete the same events over and over again as you earn new licenses. Games have moved on in 10 years, and Burnout Paradise Remastered is no longer the pinnacle of the genre it used to be.

To further stick the boot in: crash junctions – just what happened to them? Burnout Revenge was the total package, featuring exhilarating high-speed racing and dedicated crash junction modes. They were what made Burnout truly great. Then, for Burnout Paradise they were just dropped. You can crash anywhere and turn any stretch of road into a crash junction PR will say, but it’s just not the same, and that saddens me.

There’s no denying though, that Burnout Paradise Remastered still deserves high praise. It’s exciting. It’s fun to play. It’s challenging. It’s pretty much everything you’d want an arcade racer to be. And it’s not an experience that you have to go through all alone, either. Burnout Paradise Remastered‘s online features expand the game in a meaningful way, creating moments of intense competitive and cooperative play. 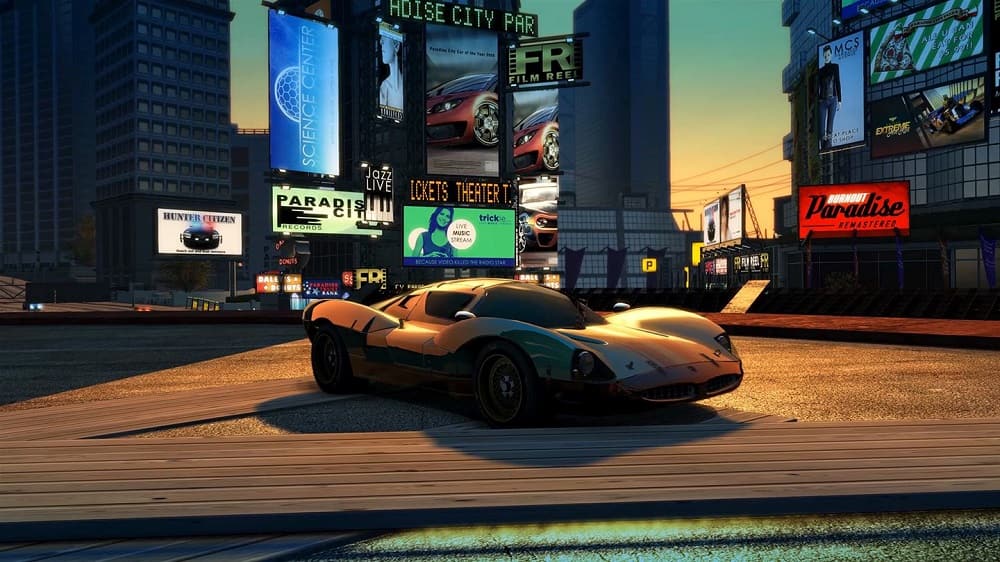 Taking down real human opposition and creating rivalries never fails to amuse, while meeting up with friends to complete challenges and simply lark around is how many players will spend a great deal of time with the game. You’re free to do what you want in Burnout Paradise Remastered, and while unlocking cars and improving your license is your ultimate goal, it isn’t one that feels essential to have fun; there’s no constant nagging in the back of your mind that you’re not playing it right.

So, should you buy Burnout Paradise Remastered? Of course you should, unless you’ve played so much of the original that it just doesn’t entice you anymore. There’s nothing here that fans of the game won’t have seen or played before, but it’s still one of the best arcade racers around – and considering that it’s now ten years old, it speaks volumes. Burnout Paradise may not have been the best Burnout game but it’s still evidently a timeless classic, and now you can play it in 4K with tidied-up visuals and a solid 60 frames-per-second framerate. What’s not to like about that?

Burnout Paradise Remastered is available on PS4, Xbox One, Switch and PC. We reviewed the Xbox One version.