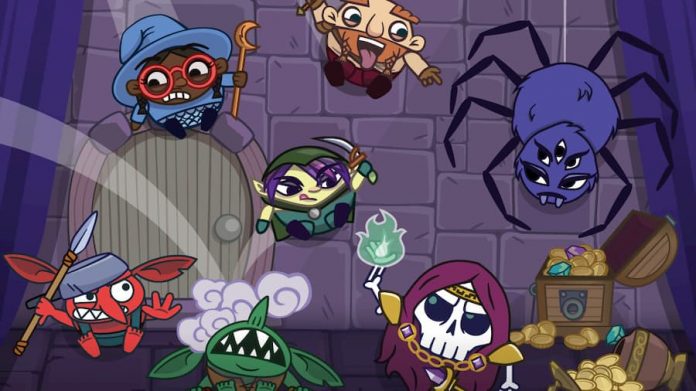 Remember Peggle? ‘Course you do.

A classic PopCap arcade game, it had you firing balls down a screen, with the aim of clearing as many tiles as possible. Super simple action, but it was addictive and gratifying at the same time. Sadly, no new Peggle game has been seen for some time. It doesn’t matter, though, because indie developer Wonderbelly Games is picking up the slack with Roundguard.

Roundguard plays very much the same as Peggle. In fact, to begin with, the comparisons are so vast that I was a little taken aback. But after I spent some time with the intricacies and joys of Roundguard, I realised it was much more than a blatant rip-off. It’s its own unique, delightful beast – and once I started playing, I found it hard to drag myself away from it.

Imagine Peggle‘s gameplay crossed with a Rogue-like dungeon crawler. That’s Roundguard. You make your way through a series of rooms, each filled with enemies to kill and loot to collect. Enemies are damaged by launching into them from a cannon atop the screen – but colliding with them will also damage your hero. Luckily, the screen will also be dotted with health pick-ups to keep your HP afloat, and as you play, you’ll unlock a wide range of skills, passive abilities, new weapons and armour to strengthen your hero. It’s just like an ARPG, then, except for the small fact that your character gets repeatedly fired out of a cannon. 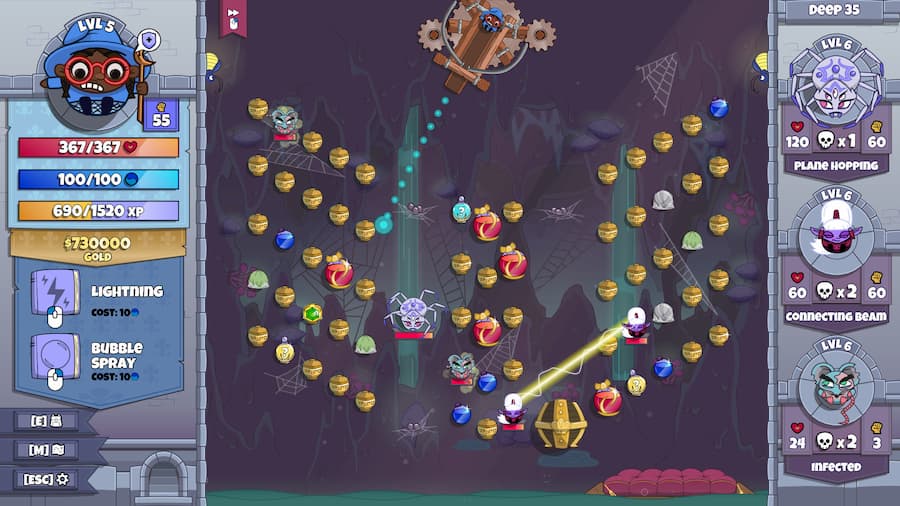 I mentioned Rogue-like because, once you die in Roundguard that’s it; it’s back to the menu screen to select a new hero. Not all is lost though: at the end of each turn, you’ll spin a new trinket to start your next game with; and should you reach the end of the game you’ll unlock relics, offering various perks and changes to the gameplay. For instance, the first relic, which you’re given for free, makes your character hardier and adds more health pick-ups into the game, but rewards you with considerably less gold.

Which comes to the main gripe I have with Roundguard: the whole point of the game is to collect as much gold as you can, but there’s nothing you can do with that gold. It’s not so much a currency as it is a score, and it’s hard to get your head around that in a world where videogame gold = stuff to spend it on. Rather, the amount of gold you amass at the end of your run will be uploaded to an online leaderboard. It acts as a reason to keep jumping back into the game, striving to get a higher score than last time. And oh, believe me, when it’s this much fun to play, you’ll not hesitate to click “start new game”.

Roundguard is simple to play, but it’s an utter joy. Simply line up your cannon and fire your hero in the direction you want to go, tumbling into breakable pots (filled with gold), health pickups, mana pickups and enemies along the way. The game’s three hero classes – Warrior, Rogue and Wizard – each have their own power-up attacks, too. The Rogue, for instance, can use mana to double-jump, where the Wizard, with the help of two spiders who follow her up and down the screen, can electrocute enemies and obstacles she passes. It makes the game feel wholly different depending on what hero you play as, and each has a slightly different balance of HP/MP. 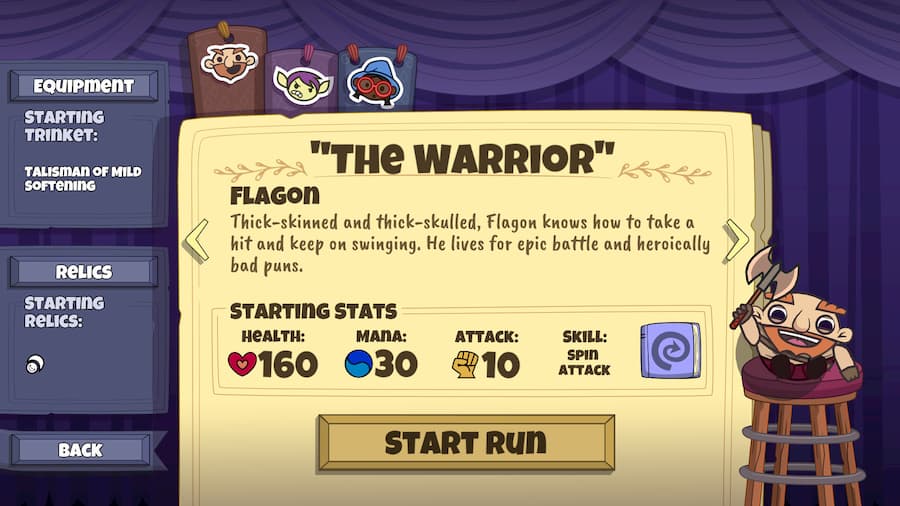 After clearing a level, you’ll often have a choice of paths to take, and a press of your right shoulder button will reveal a basic map that’ll show you what rooms await: treasure, monsters, or a boss. Choosing your path carefully can lead to greater rewards, as finding new weapons and equipment along the way can be all the difference between life and death.

Not only is it a hoot to play, Roundguard looks great thanks to a bright and bold cartoon art style. And despite its similarities to Peggle, it feels entirely original thanks to the clever blend of dungeon crawler mechanics thrown into the mix. For a simple game, there really is so much to love here. Honestly, I challenge you to play Roundguard without a smile on your face. I bet you can’t do it. I’ll be going back time and time again to try and beat my high scores, so I’ll see you on the leaderboards.

Roundguard is available on PC, Xbox One and Nintendo Switch with a PS4 version to follow. We reviewed the game on Xbox One X with a code provided by the publisher.