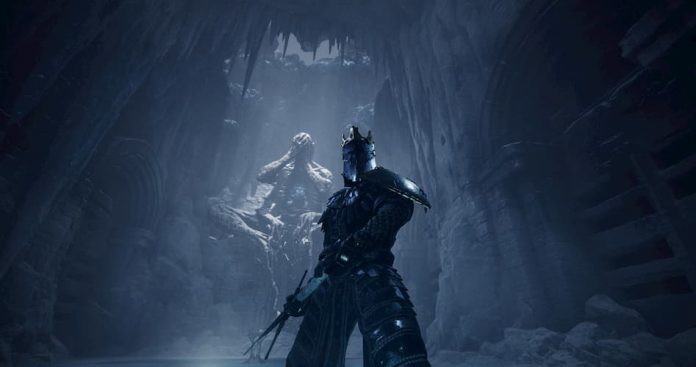 Who would have thought that when Demon’s Souls launched on PS3 back in 2009, it would effectively create a new genre.

Its spiritual successor, the multi-platform Dark Souls, went on to be an even bigger success, and there have many others that have borrowed its ideas or even totally ripped the formula off with varying levels of success. Mortal Shell is the latest to enter the fray, developed by a small, passionate team. And while it has its issues, it’s sure to ignite a fire in the hearts of some Dark Souls fans.

First things first: there’s no character creator in Mortal Shell. There’s not even a levelling system. Your character is basically just a husk who, once past the introductory sequence, can only take one blow before succumbing to death. What you can do, however, is inhabit the bodies of numerous mortals who have previously fallen in battle. Hence the name Mortal Shell. If the shell you’re in takes enough damage you’re cast out of it, placed in control of the husk once more but able to reclaim your shell for one last stab at success. Get cast out again though, and it’s back to a checkpoint you go.

“While it has its issues, it’s sure to ignite a fire in the hearts of some Dark Souls fans”

While you could technically play through the entire game as the husk – something which the hardcore probably will aspire to do – you get the chance to acquire your first shell, Harros, before you’ve even encountered one of the game’s standard enemies. A warrior with balanced stats, he’s adaptable enough for most players to use for the entire game. But there are three other shells to discover, each with their own base stats and a range of unique abilities that can be unlocked by expending a mixture of Tar and Glimpses, gained by defeating enemies and using various consumables.

Shells aren’t the only thing you can acquire in Mortal Shell to help determine your playstyle though; there are numerous weapons for you to acquire too, each with their own moveset. Like your Shells they can also be upgraded, but you need to find items to facilitate the process. Though don’t make the mistake of thinking that you’ll be able to play as a spellcaster; Mortal Shell is pretty much melee-focused. But there is one ranged weapon you can acquire. 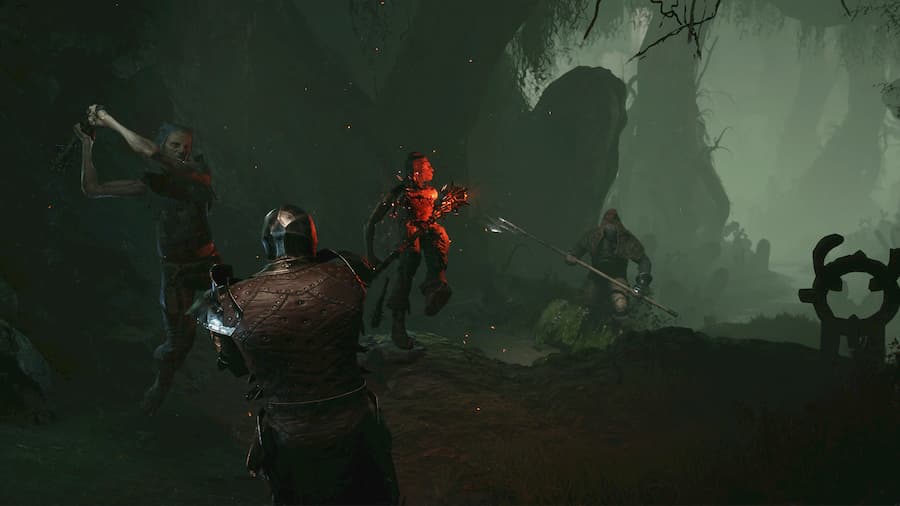 Being an indie game developed by a small team, Mortal Shell is much smaller in scope than the games that inspired it. For the most part you spend your time exploring a hub of sorts; an open area called Fallgrim. From there, it’s your goal to locate numerous temples, battling your way through them to reach the troublesome boss that lies in wait at the end. And after that, well, you have to make your way back to the hub again, only the layout of the temple will have changed slightly, and so will the population of enemies.

With each temple housing its own unique batch of enemies and environmental challenges, they’re mostly interesting to explore, despite the backtracking. Sometimes though, the placement of enemies is wholly uninspired. Entering a room to see six or more enemies stood motionless in a symmetrical pattern, waiting for you to get close before they spring into life, is so gamified that it draws you out of the experience. There’s also the feeling that Mortal Shell just throws lots of enemies at you to artificially increase the difficulty at times, too. In one area, simply reaching the boss was numerous times harder than beating it once you got there. 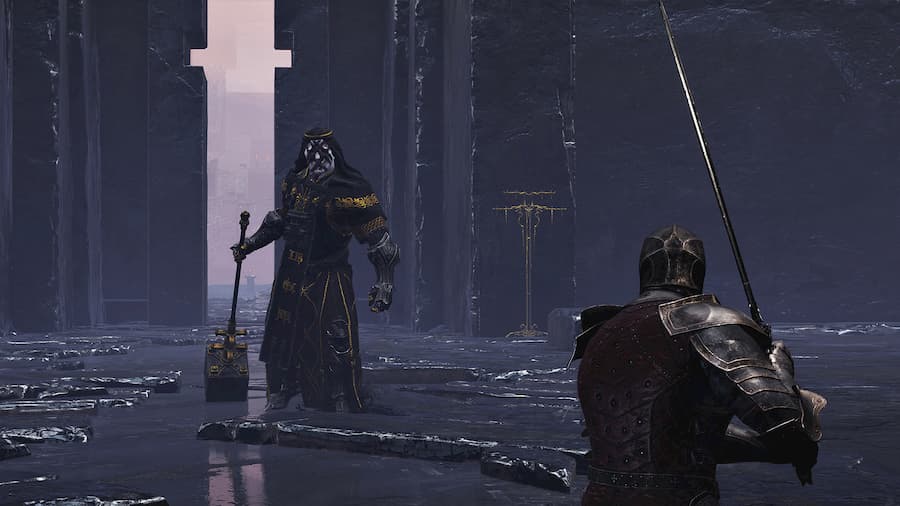 Also, what makes Mortal Shell multiple times harder or possibly easier than Dark Souls depending on how you play, are the methods of healing. There is no Estus Flask equivalent; no magical object that gets refreshed when you rest or die that allows you heal. To recover your health in a bind, you need to either consume an item of food such as a mushroom or a roasted rat on a stick, which recovers some health over time, or make use of select abilities that give you the chance to restore some health. One of those abilities is parrying which, if you have a store of energy (called resolve), can be followed up with an empowered riposte, providing numerous helpful benefits.

Ultimately though, unless you’re a parrying master, the only surefire way to restore some health is to eat. And when facing off against a boss that keeps kicking your backside, you’re sure to run out of consumables at an alarming pace. You might be lucky and find an outcrop of mushrooms that grow near to where you respawn, allowing you to always take in one or two healing items into the fight, but that’s it unless you want to hang around wasting time until the mushrooms respawn again, as there’s no way to fast travel back to the hub to buy some tasty roasted rat kebabs. Those who prepare, however, and buy or cultivate a large store of healing consumables, will be able to breeze through even the most challenging of encounters. 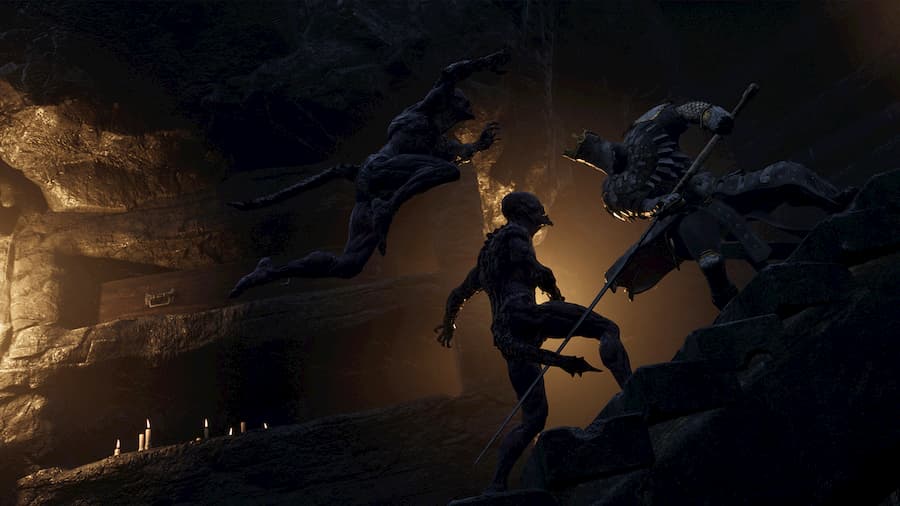 While Mortal Shell is obviously inspired by titles such as Dark Souls, then, it also has some pretty major differences. And something really unique that it has up its sleeve is your ability to harden, effectively turning yourself into stone to prevent yourself from taking damage. Considering you never use a shield, it’s a major boon, though it operates on a cooldown timer, so you can’t just harden every time an enemy tales a swing at you. Rather, you need to use it as a get-out-of-jail card when you know you can’t avoid an enemy attack, or when holding your position through one will be beneficial. It adds a pleasing amount of strategy to battle, and also looks pretty cool.

The combat of Mortal Shell does leave a little to be desired though. Mechanically it just can’t compare to the likes of Dark Souls – it’s generally just more clunky and rough around the edges. For example, sometimes it really looks like an attack should damage an enemy, but your weapon will go straight through without so much as causing them a scratch. What’s worse, however, is the brain-dead nature of your enemies. Once you have their attention, most just walk towards you slowly, and only have one or two combos or attacks that are easily avoided. 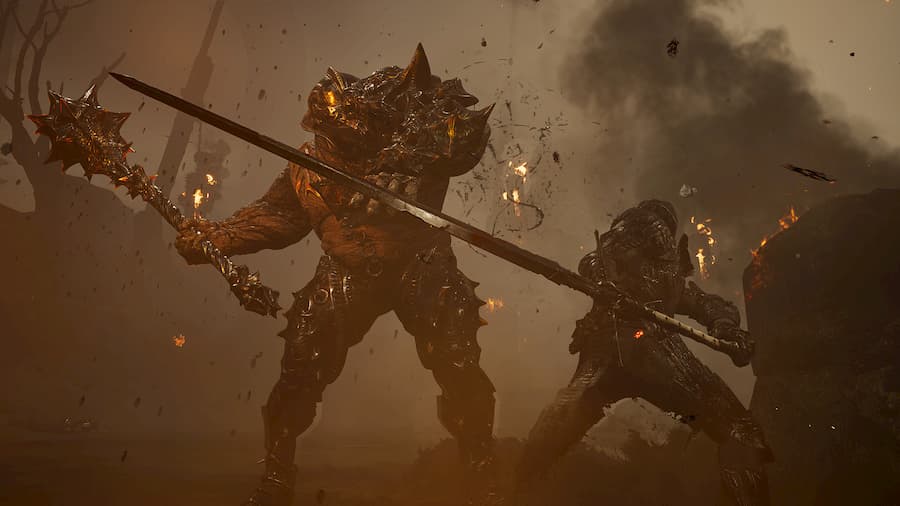 “It’ll no doubt have its fans, but Mortal Shell could have been so much better”

As mentioned previously, the only thing that really makes Mortal Shell hard, especially once you’ve upgraded your weapon of choice, is the sheer number of enemies you’re sometimes up against. You can only dodge, roll and harden so many times in a short space of time before you’re a sitting duck. And you might be up against a hulking brute, a harlot that fires bolts at you, a nimble assassin, and a wraith that casts area effect spells. If you die and are then taken back a considerable distance, you really might lose your patience.

There’s some good to be found in Mortal Shell; its world is interesting and generally well designed, it looks lovely, and some of its boss fights really are exhilarating. But there are just so many aspects of it that will leave you frustrated, underwhelmed or disappointed. It’s a shorter, more focused Souls-like experience that demands you go toe-to-toe with your aggressors, but its combat and surrounding systems just aren’t good enough for you to feel wholly fulfilled by it all. It’ll no doubt have its fans, but Mortal Shell could have been so much better with more polish and some tweaks here and there.

Mortal Shell is available on PS4, Xbox One and PC. We reviewed the game on Xbox One X with code provided by the game’s publisher. 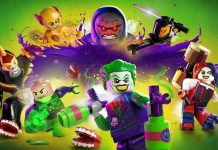