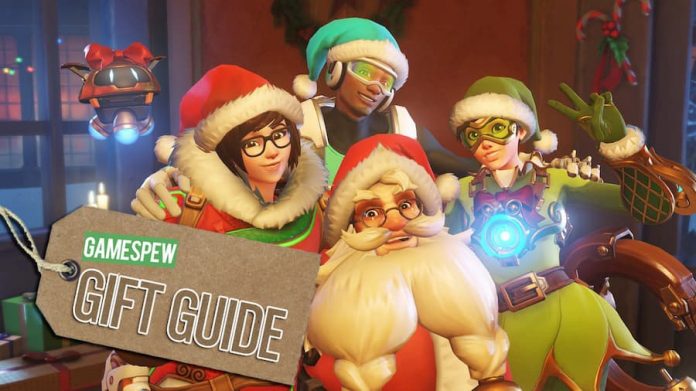 Let’s face it, Overwatch 2 is probably still quite a while away.

We’ve had a few teasers and a few glimpses at what to expect, but for now all we have is the original Overwatch. And there’s nothing wrong with that. Many of us are still chugging away, mastering each of Overwatch’s 32 playable characters. And many of us are still invested in the game’s ever-growing lore as well.

If there’s anyone in your life who loves Overwatch, we’ve put together a list of some excellent Overwatch-themed gifts that you could grab for them this holiday season. Or, you know, buy them for yourself. Christmas is a time for giving, and giving stuff to yourself totally counts. 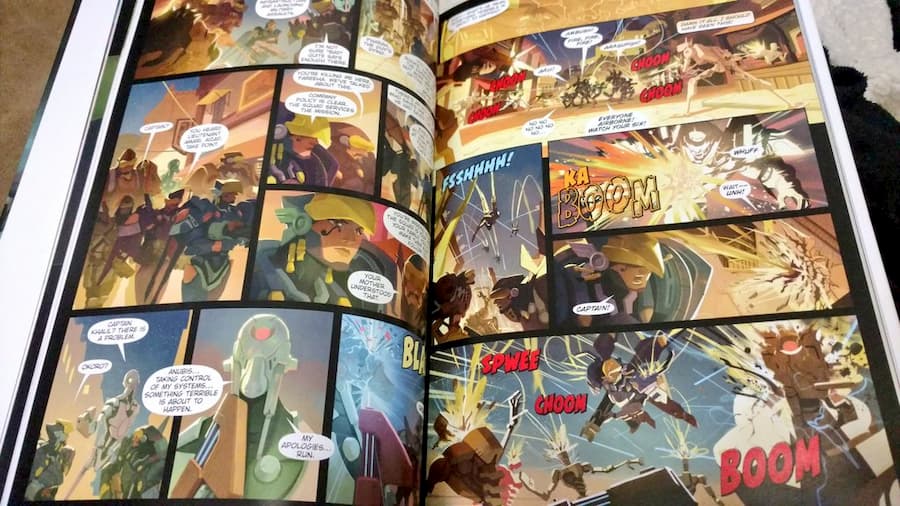 The Overwatch comics started back in 2016 and allowed Blizzard to give an even deeper depth to their characters. The comics are where it was first revealed that both Tracer and Soldier: 76 are members of the alphabet mafia (i.e. LGBTQ+); a character trait that wouldn’t have had nearly as much impact if it was made as an in-game reveal. This Comic Anthology brings the first 12 stories together (comics after Uprising are not included) in one place, making it a great gift for any Overwatch fan.

The Art of Overwatch Book 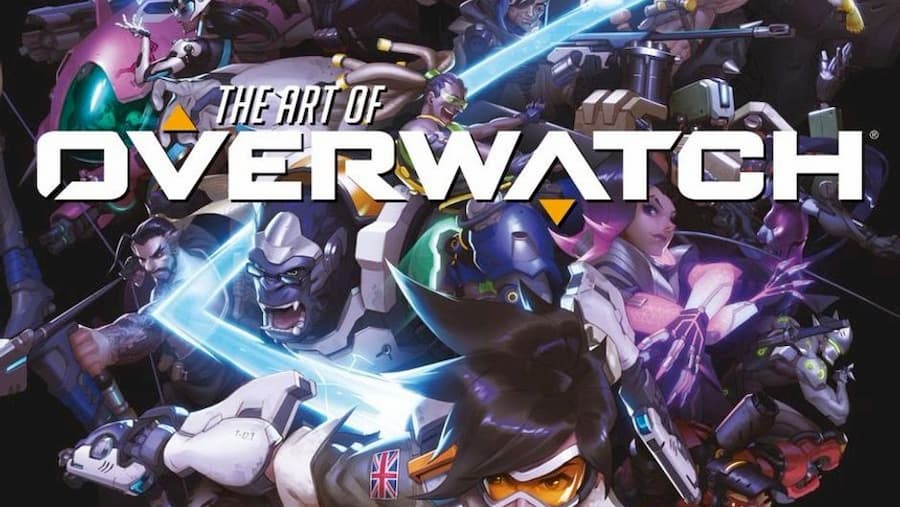 Another fantastic book to gift to any fan of Overwatch is The Art of Overwatch. This hardback behemoth of a book not only shows off original concept art for the game’s characters, but it has some never-before-seen artwork inside. This book contains details on characters up to Orisa so it isn’t completely up-to-date, but it still contains loads of amazing artwork and details about the game’s conception. 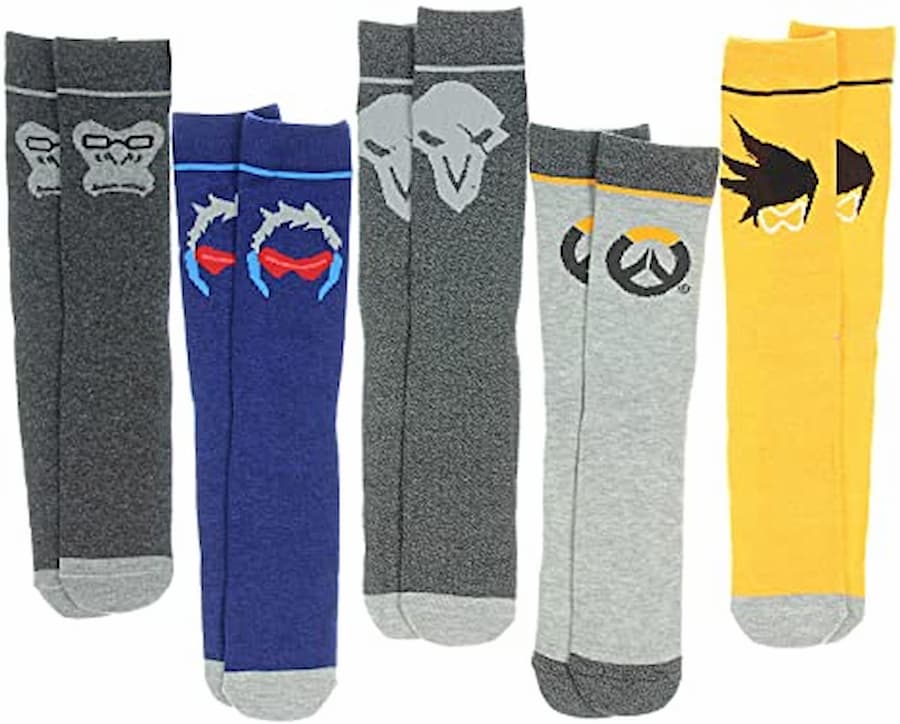 Everybody has feet. And what better way to keep those feet warm than with socks? This set of Overwatch socks features some of the game’s most iconic characters like Soldier: 76, Tracer and Winston. Wear them on the go or at home while you’re spamming your “Need Healing” button and landing yourself Play of the Game. 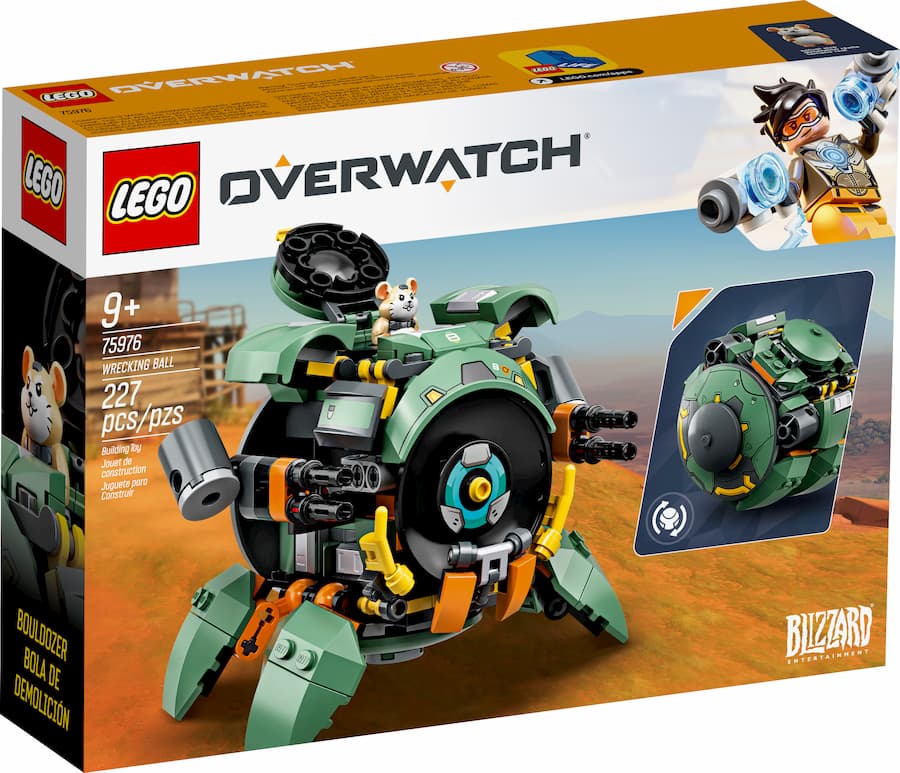 Here at GameSpew, we love LEGO. It’s almost the perfect gift. First, you’re giving an experience. Building the set itself is a lot of fun, and when you’ve finished you’ve got something really cool to display on your shelf. Something to show off to your friends and brag about how quickly you were able to get it done. We love the LEGO Overwatch Wrecking Ball set . Not only does it look fantastic, but it’s also one of the cheaper LEGO sets available. Win win. 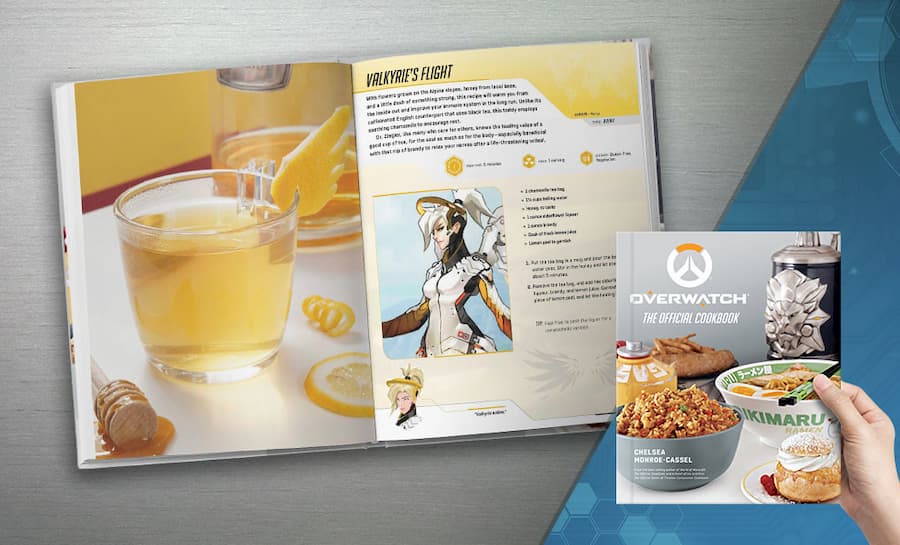 An Overwatch cookbook? Come on. What’s better than that? This cookbook boasts more than 90 recipes inspired by the game, including recipes inspired by each of the character’s homelands. This book has recipes for breakfast, lunch, dinner, snacks, drinks and more, each with full-colour photos. We’re hungry just looking at it! 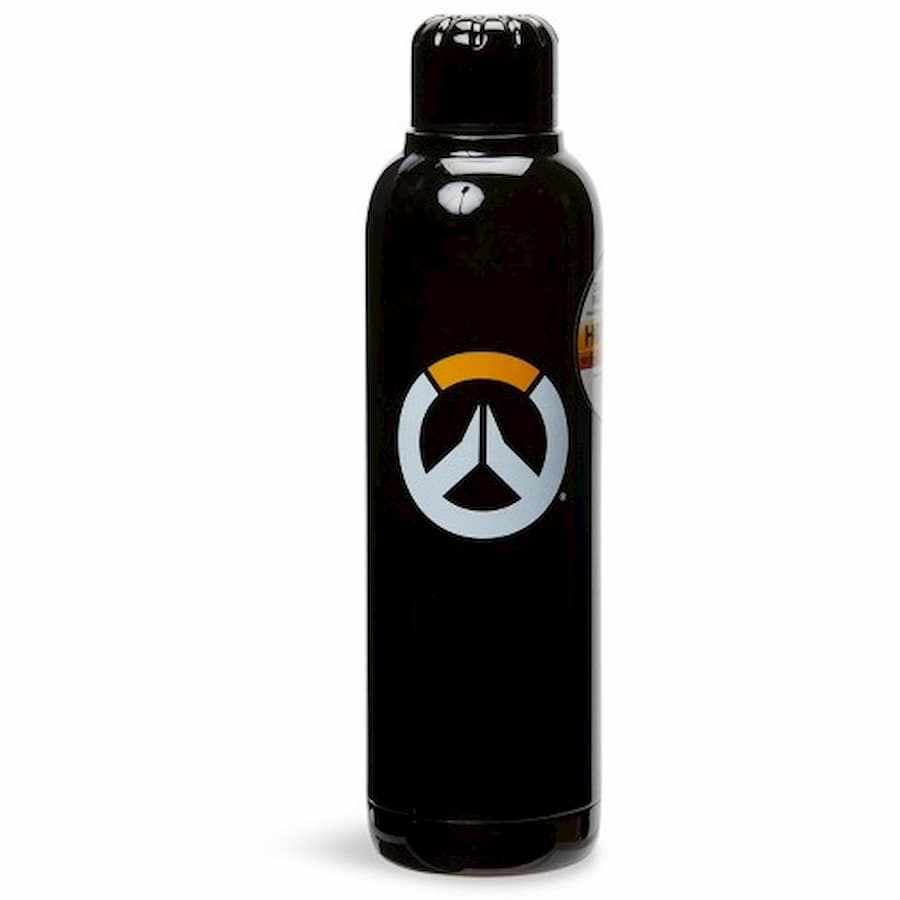 We truly believe that water bottles might just be the perfect gift. Everyone drinks water, and nice water bottles like this Overwatch one keep your drinks cool for hours and hours. This bottle in particular is simplistic with a black background and the Overwatch symbol on the front, but that leaves room for some creativity. Maybe put stickers on some of the empty space. You could even paint a design on it. The world could always use more cool water bottles. 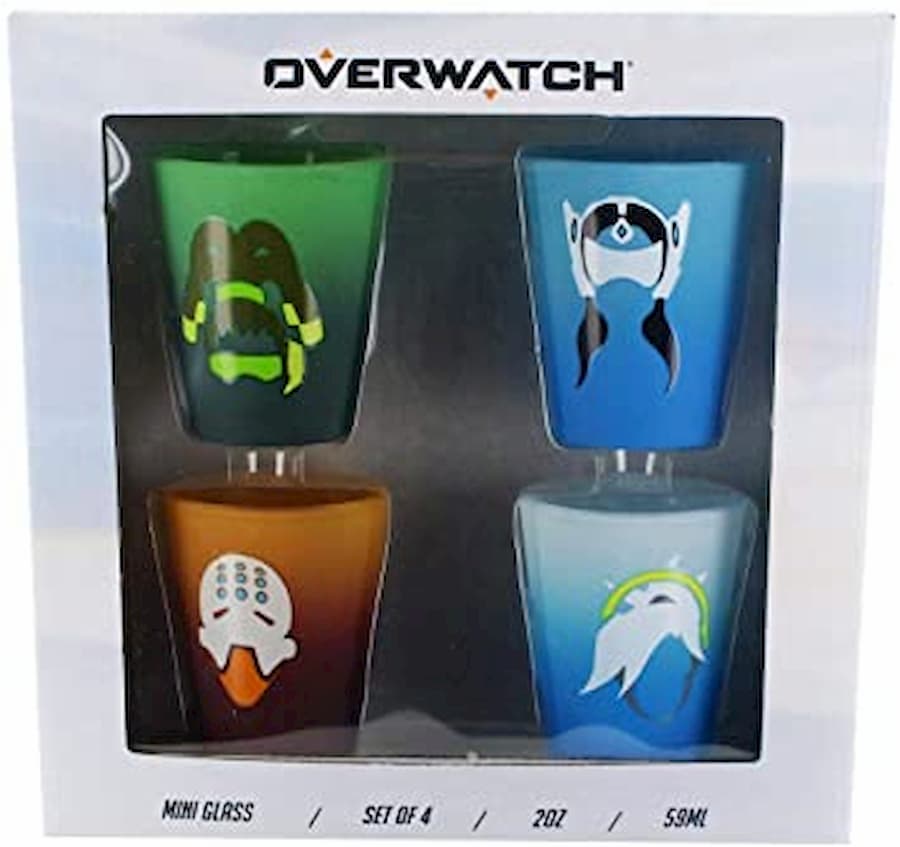 Okay, so sometimes Overwatch drives us to drink. There are toxic players in any gaming community and there’s also people that are just bad at the game. We don’t claim to be perfect, but we at least know how to stand on the payload. These Overwatch shot glasses are a great gift for the player that feels the need to take a shot every time their DPS dies because they’re not standing behind the Reinhardt shield. They’re really cool, decorative, and a great addition to anyone’s collection. 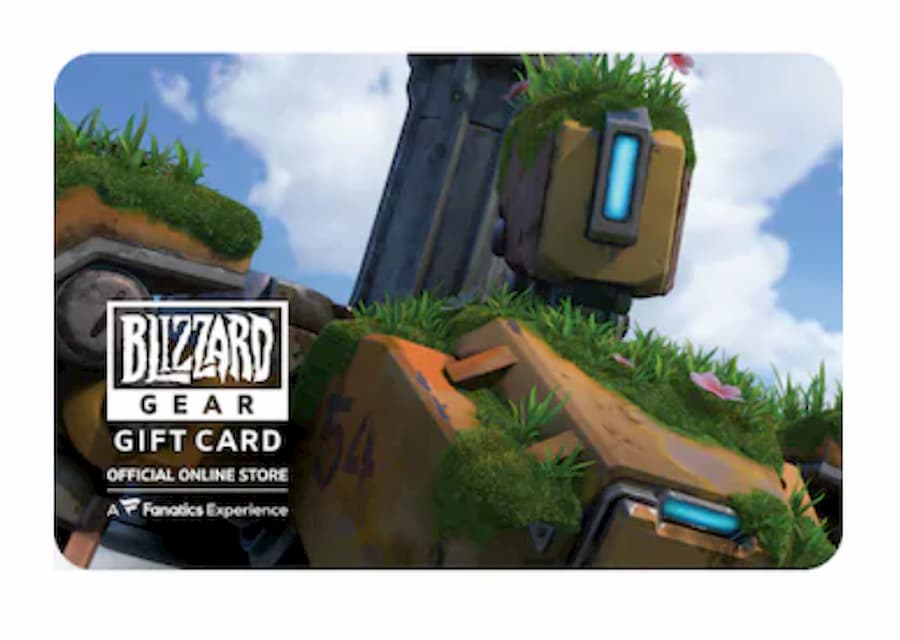 Alternatively to a physical gift, if you’re not sure what your friend might like, the Blizzard store has digital gift cards that you can purchase. This way your friend can get whatever they want and you don’t risk getting them something they won’t like or already have. The gift card is good for anything in the store so even if they want something from the World of Warcraft or Diablo merch sections, it’s good for that too.

Grab a gift card on the Blizzard Store 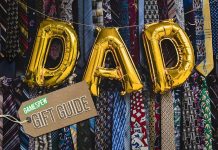