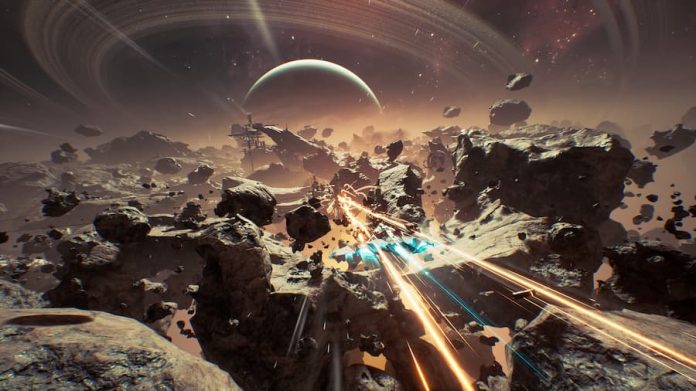 I was so hoping that Chorus would be a bloody good game.

And it is, in spits and spats. With a story of a deadly warrior, Nara, at its backbone, fighting against those she originally called her allies, it’s an uneven experience. One minute you’ll be engaging in an exhilarating space battle against waves of ‘Faceless’, the next, hunting down cargo around a wrecked space station. But it’s the bugs and unfortunate design decisions that really bring Chorus down.

Let loose in a semi-open world, there are multiple locations to visit via jump gates, and a whole load of side missions to engage in besides the main story. While most of those side missions will simply task you with taking down a wave of enemies, or searching for objects in the nearby area, some have more unique tasks, such as chasing down a thief. Engaging in combat truly is fun, but everything else is hit-and-miss. It might take a few retries before you finally stop that thief, for example, simply because the game doesn’t really explain what you need to do.

Chorus is a game that takes a little while to get into its groove. Starting with just a basic ship armed with a Gatling gun, it’s only when you reunite with your friend Forsa, a living weapon, that things start falling into place. You eventually have three weapons that you can switch between at will, each useful in certain situations. And your ship and armaments can be upgraded as you progress, too. Well, providing you can find a hangar – they’re not always easy to locate in some areas. There’s no fast travel, either.

What really makes the combat of Chorus stand out, however, are the numerous Rites that Nara has at her disposal. These special abilities, ranging from being able to make her craft drift, to charging forward at an insane speed, essentially making the craft into a blade which can spear enemies, add a spark of magic to each encounter. It’s fun just shooting your enemies down, sure, but how about using a lightning blast to remove their shields first, then warping behind them to unload a barrage of missiles? That’s priceless. 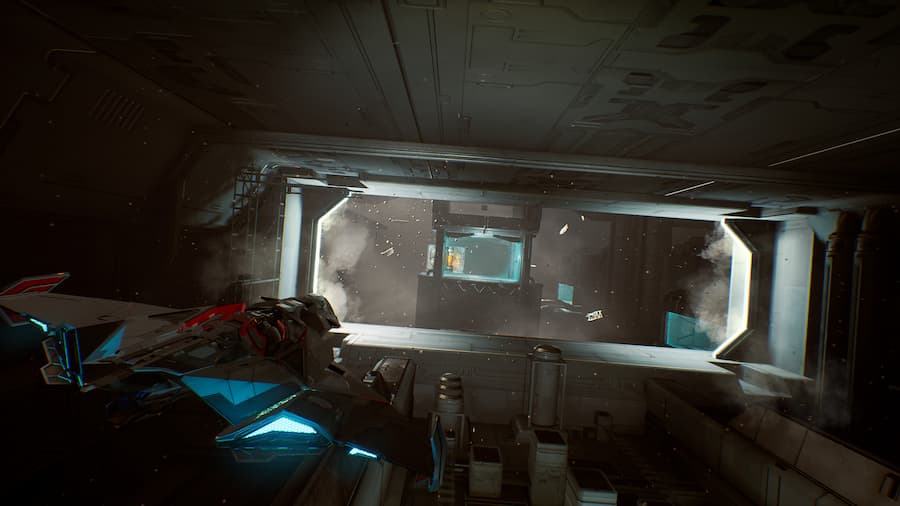 When Chorus is good, it’s really, really good. And so when it’s bad, it’s frustrating. As mentioned previously, it doesn’t do the best job at explaining itself at times, leaving you wondering what the hell you need to do to complete an objective. Thankfully that’s an issue that clears up once you’ve put some hours in. Issues such as making you use Rites that propel you forward at great speed in tight places, often resulting in your ship awkwardly meeting a wall, will really annoy though. And so will some sections where you’re forced to fly at great speed through tunnels where you don’t really feel like you have enough control of your ship.

The bugs are the real kicker though. One mission crashed on me twice before letting me complete it without issue, losing a notable amount of progress each time. Another time I was unable to press the start button to pause, save, and quit the game. Luckily there was a workaround. Instigating a memory in one area also prevented me from progressing any further until I reloaded from the last checkpoint. All these little issues add up, depleting much of the goodwill garnered via the epic space fights between them. 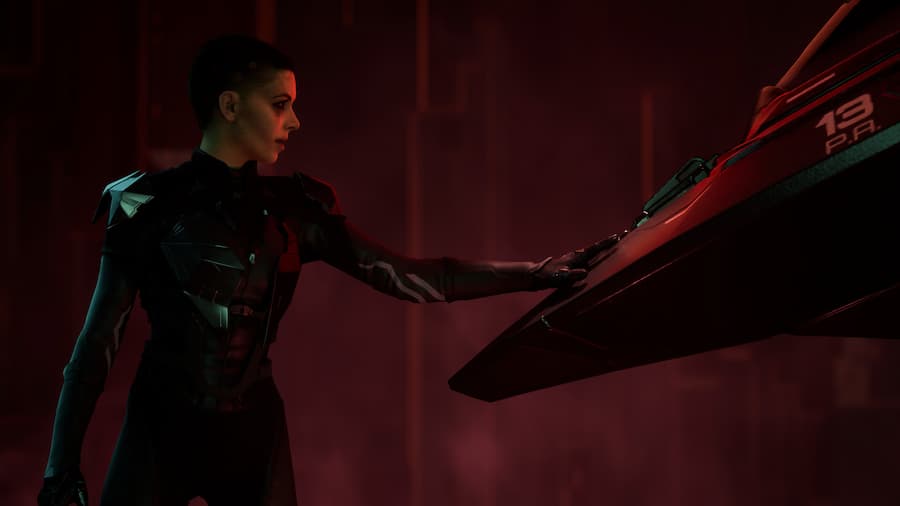 With a main story that takes about 10 hours to complete, plus a generous serving of side missions, there’s plenty to get stuck into in Chorus – providing you can work past these frustrations. There are multiple difficulty settings, too, and a permadeath mode that will truly test a player’s piloting skills; death can come ever so quickly if you don’t keep your wits about you.

With a patch or two, Chorus could easily be turned around. When you’re engaging your enemies in the middle of deep space, boosting then drifting to rotate your ship around and snipe three or more enemies with your laser rifle before warping behind another and switching to your missiles to unleash a mighty payload, there’s nothing else quite like it. It’s just a shame that there are moments in between where you might consider just giving up your adventure, either thanks to a bug or a poorly-designed section that causes undue frustration.

This review of Chorus is based on the PS5 version, with a code provided by the game’s publisher. It’s available on PS4, PS5, Xbox One, Xbox Series X/S and PC.