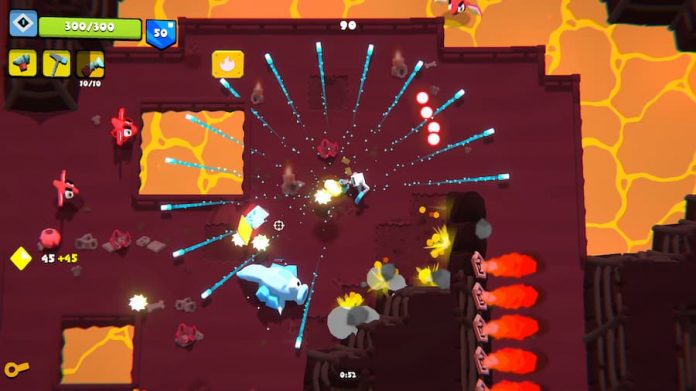 We love Sam “Serious” Stone. And we’re not alone.

Over the years there have been many fan-made Serious Sam projects. From Serious Sam Double D XXL to Serious Sam: Siberian Mayhem, some have tried something new with the formula, and others have just provided additional content for those who want more balls-to-the-wall first-person shooter action. The latest, Serious Sam: Tormental, puts Sam “Serious” Stone in a roguelike twin-stick shooter. And what’s more, it makes everything look rather cute.

Serious Sam: Tormental sends you into one of the series’ most outlandish places yet: the mind of his nemesis, Mental. Achieved via the help of an ancient artifact tucked away in an abandoned temple in Egypt, you wonder if it could be the key to understanding Mental and, ultimately, stopping his nefarious acts for good. But as you can imagine, Mental’s mind is twisted and warped, filled with hideous monstrosities and more. So you’re going to have your work cut out for you navigating it.

After a brief introduction in which you’re taught the basics, you arrive inside Mental’s head. From then on, Serious Sam: Tormental becomes a roguelike. Starting out in a hub, you head out into the first corner of Mental’s mind – the Mental Woods. Survive that, defeating the boss that lies in wait ant the end, and you’ll move onto the next. But should you die during your journey through the mind of your your most troublesome adversary, it’s back to the hub you go. You’ll have to start again.

With the action viewed from a top-down perspective, the gameplay is simple but addictive. Playing with a controller, the left stick moves Sam around while the right stick aims his standard gun and fires. Serious weapons can also be acquired, however, and you fire those with the right trigger. They include staples such as the shotgun, as well as giant bombs and even a spinning disc launcher. There are other upgrades that give you the upper hand, too. Your standard gun can be modded, for example, changing its behaviour. And pickups include an ankh that can bring you back from the dead should you fall in battle. 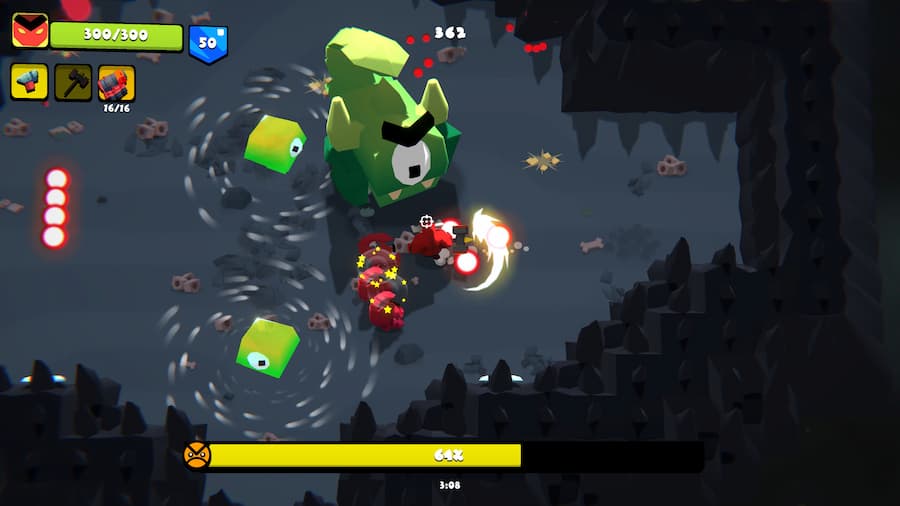 Death is something that occurs frequently in Serious Sam: Tormental. Just like in most roguelikes, really. With randomly-generated levels, you’re kept on your toes each time you play. And aside from a huge variety of monsters to contend with, some of which will be familiar to Serious Sam fans, there are also environmental hazards and traps. Some you’ll be able to jump over, others dash through. But avoiding hazards and enemies at the same time can be very tricky indeed. You’ll need to keep your wits about you if you’re going to get far.

Ultimately, despite not really doing anything new, Serious Sam: Tormental has that “one more go” draw to it that makes it worth adding to your Steam library, especially if you’re a fan of Sam “Serious” Stone, twin-stick shooters or roguelikes. If you like all three, it’s a must-have. Even better, you can play it in co-op, and it has much more to offer such as challenges and gameplay mods that will increase the difficulty somewhat, but also the score you can earn. This is Serious Sam, but not as you know it. But it’s still a barrel of laughs.

This review of Serious Sam: Tormental was facilitated by a review code provided by the game’s publisher. It’s available on PC.