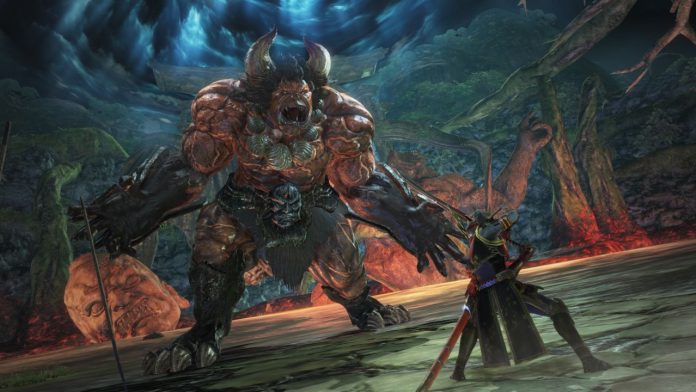 Koei Tecmo has announced that Toukiden: Kiwami, the expansion-cum-sequel to PS Vita exclusive Toukiden: Age of Demons, is to receive a European release on both the PS4 and PS Vita this March.

Featuring all the content of the original title plus new characters, weapons, moves, and a new story; Toukiden Kiwami promises to be a rather large game indeed. I can personally state than I sunk in excess of 30 hours into the impressive looking Age of Demons on the PS Vita, and felt like I had barely scratched the surface of the content included.

Whilst the PS4 version will benefit from enhanced visuals, both versions of the game will support cross-save, and those that have played Age of Demons on the PS Vita will be happy to know that they can carry their save data across into Kiwami.

Anyone looking for a Monster Hunter-like game on the PS4 should definitely keep an eye out for this title when it is released on 27 March.