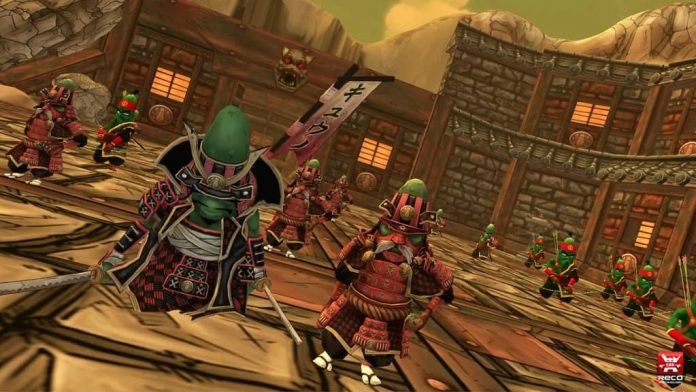 Back in the late eighties and early nineties, platform-based beat ‘em ups were all the rage.

We had titles such as the console versions of Ninja Gaiden, Rygar, Black Tiger and Teenage Mutant Ninja Turtles. Clearly, bonus points were being handed out for having “ninja” in the name, because, you know, ninjas are cool. Fast forward to the present day and RECO Technology have tried to bring this almost forgotten genre up to date with Yasai Ninja, transforming the whole premise into glorious 3D.

Set in Feudal Japan, Yasai Ninja –literally “Vegetable Ninja” – opens with you in control of Kaoru Tamanegi, a weird looking onion ninja. Your first mission is to rescue “Broccoli Joe”, who quickly becomes your right-hand man…or rather, vegetable. From this point on you’ll play as both characters, swapping between them to progress.  It’s also worth noting that a second local player can jump in, with each of you taking control of one character. Kaoru and Broccoli Joe are not the only vegetables in this game either; all the enemies you’ll encounter also take the form of legumes as you fight pickles, parsnips and other edible foes. The game reminded me of the obscure Kung Food on the Atari Lynx from way back in 1992, and also the classic Head Over Heels, which you may remember if you started gaming back in the days of 8-bit computers. Yasai Ninja certainly seems to borrow its design and gameplay from lots of titles that came before it, but unfortunately doesn’t borrow them very well. 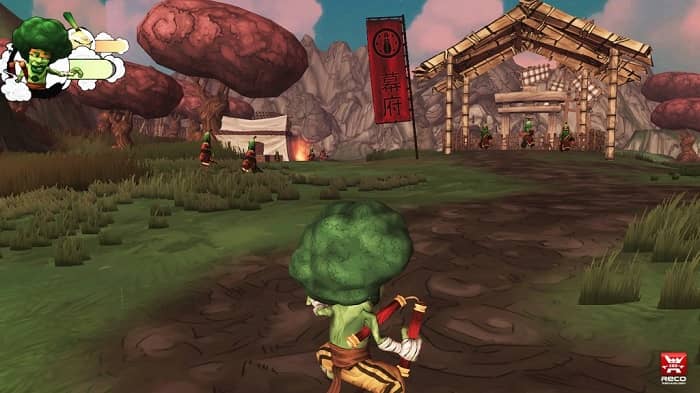 The basic hack ‘n’ slash gameplay consists of beating up bad guys with your limited move set, solving really basic puzzles (such as flicking switches) and jumping across the odd platform. Along the way you’ll also be collecting scrolls and keeping your characters energy topped up, taking note of which one needs it most. Many of the puzzles you come across can only be completed by a certain character, and some of the sections of the game require the teamwork of both of our heroes too, forcing you to switching from one to the other. Most of the time however, the other character will just follow you around the level and help out with the fighting. If one character’s energy runs low you also have to rescue them, which just requires a simple touch and a bit of energy is restored. Throughout your adventure there are also restart points – although these are not made obvious – where it sends you back if you die. For a bit of variety, you’ll be facing off against a boss at the end of some levels, which is the standard fare of learning their attack patterns to figure out when is the best time to attack and to flee. Also, whilst most levels are 3D, you’ll occasionally be presented with a side-scrolling 2D platforming stage, where you simply have to travel right to find the exit. These stages are much harder than they sound however, as they generally require pixel perfect movement and timing.

Now, you might have already read between the lines a little and realised this game has many problems. Not only is the gameplay very generic, extremely frustrating in places and frankly quite tedious, it also has some other serious issues too. The biggest of these is in the graphics department; despite it being visually quite ugly the frame rate is just atrocious, and when you move, the screen struggles to update and the textures tear up all over the place. Additionally, the game’s camera simply sucks. You constantly have to move the camera into the right position as it’s useless at doing this by itself, and if you are too close to a wall you often can’t move it at all. The controls work well enough but the fighting just seems to be a case of mash the button and hope for the best, as the hit detection here leaves a lot to be desired. Throw in some dull music and a lacking narrative and you have a complete package that feels severely sub-par. 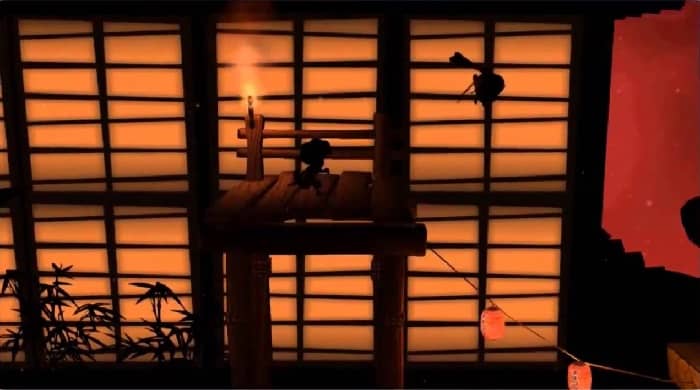 Unfortunately, I really can’t recommend Yasai Ninja to anyone. It’s just a confusion of badly implemented ideas with nothing to pull you in or encourage you to persevere. With its terrible graphics, useless camera, awful hit detection and bad game design, Yasai Ninja is a real dud.

Yasai Ninja is available on PlayStation 4, Xbox One and PC. We reviewed the Xbox One version. Experience it for yourself and buy now from Amazon.