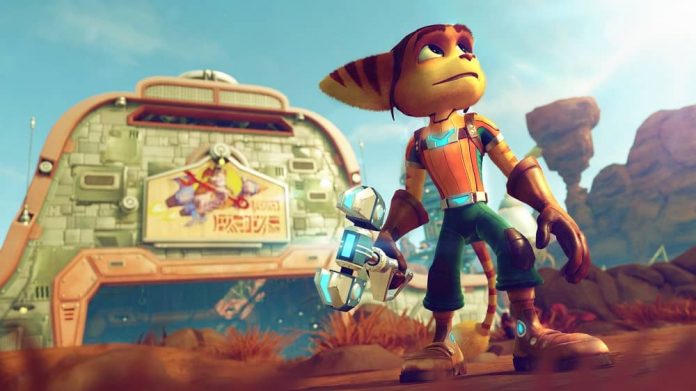 It’s been 13 years since Insomniac first released Ratchet and Clank for PS2. There’s been sequels, spin-offs, you name it. But this time they’re taking the original game and revamping it exclusively for PS4. Not only are they just providing a graphical upgrade, but they’re adding in a lot of new exciting content for players returning to the beloved franchise, or experiencing it for the first time.

I have very fond memories of Ratchet and Clank, specifically Ratchet and Clank 2 which I spent a dizzying number of hours on. The platforming was excellent and extremely well balanced. You’d have quiet moments of adventuring followed by awesome action-packed sequences where you’d find yourself in all manner of scenarios with extremely unique guns to help you out.

In this trailer and gameplay footage you’ll see the first meeting between Ratchet and his robotic companion Clank. Then – of course – you’ll witness two very cool guns: the “Groovitron” and the “Pixelizer”, providing the action and humour you can’t help but love. It features modern controls, new planets, new and improved gameplay, all-new boss fights, and an updated arsenal.

The game actually ties in with the film release of Ratchet and Clank hitting cinemas on 29 April 2016. Captain Qwark narrates the gameplay in his “heroic” voice as the game’s events will be captured from his perspective, providing a different take on things that’ll happen in the movie.

Check out the brand new trailer and gameplay here:

Ratchet & Clank is set for release on 12 April 2016, exclusive to PlayStation 4. Pre-order your copy now at Amazon.