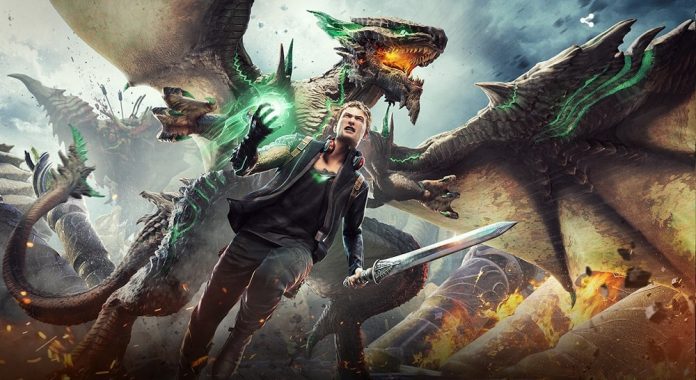 Platinum Games have announced that we won’t be seeing Scalebound anytime soon.

Scalebound is an action RPG in development exclusively for Xbox One that allows you to fight alongside a dragon named Thuban. It’s got all the key buzzwords to gain full marks in the RPGCSE: fantasy, adventure, open-world, action-packed and even inventive multiplayer.

“In order to deliver on our ambitious vision and ensure that Scalebound lives up to expectations, we will be launching the game in 2017. This will give us the time needed to bring to life all the innovative features and thrilling gameplay experiences that we have planned…We will be sharing more about our vision for Scalebound later this year and can’t wait to give you a closer look at the world of Draconis and the incredible creatures and experiences we’re building.”

More information on Scalebound will be hitting us later in the year and perhaps we’ll find out why the main protagonist insists on wearing headphones; it puzzles me.

As always, keep an eye on GameSpew for the latest on Scalebound.