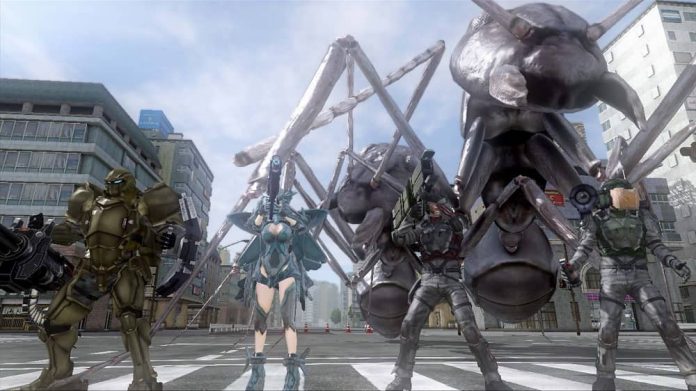 Imagine if there was life on other planets.

Actually let me rephrase that, as it’s probably more naïve of me to suggest that there isn’t life somewhere out there in the vastness of space. So then; imagine if there was hostile life on other planets, watching us humans going about our daily business like bugs. If they were to attack, how would they do it? Well, wonder no more, as the Earth Defense Force series has the answer. They’d utilise an army of house-sized ants and spiders before following up with a bevy of robotic machines of course!

Tasking you with combating such an alien threat, the Earth Defense Force games have been going for a considerable number of years now, and despite there being a 4.1 at the end of this latest release for the PS4, it is actually the fifth one in the series (or the sixth if you include a turn-based spin-off). To make matters even more confusing, Earth Defense Force 4.1 isn’t even a new game per se; it is in fact a remaster of Earth Defense Force 2025, released in the US and Europe some two years ago for the PS3 and Xbox 360. So, why go to the effort of remastering it for the PS4 you ask? I guess the answer is why the hell not, when you can make the graphics super pretty as well as having it run all buttery smooth.

Okay, okay, so I jest a little; whilst Earth Defense Force 4.1 is undoubtedly the nicest looking release in the cult series yet, it’s still not exactly what you’d call a “looker”. Textures are detailed but harsh, characters models are quite rugged and angular, and there’s a distinct lack of anti-aliasing resulting in jagged edges everywhere. So basically then, it looks how you’d expect a remaster of a PS3 game to look: pretty much the same, but sharper and with better textures. The major improvements come in the form of a much-improved draw distance and a pleasingly smooth framerate. Although don’t get me wrong; when the shit really hits the fan –  and I mean really hits the fan – the framerate still does drop a little. It happens on such rare occurrences though that it shouldn’t be an issue for 99.9% of players. 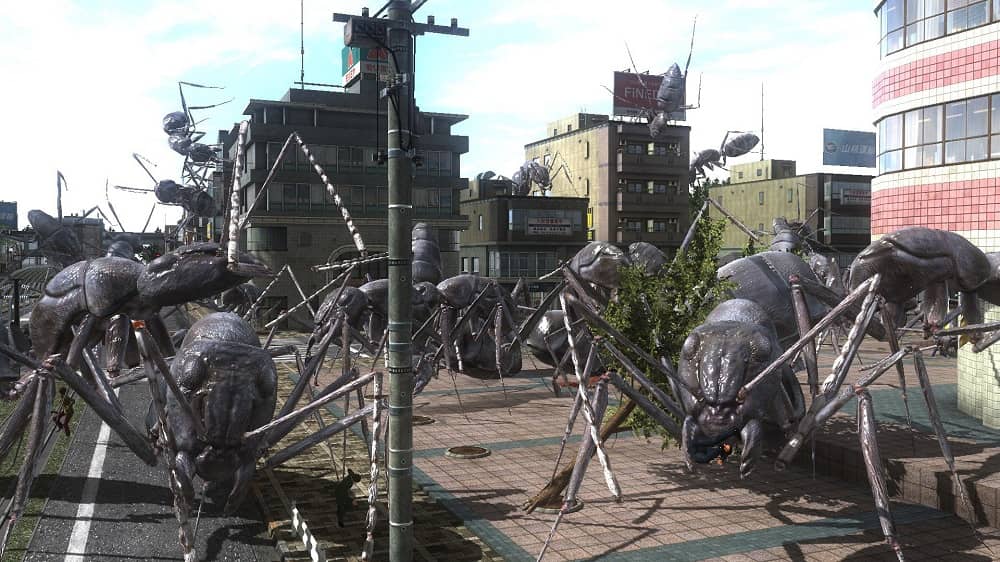 Anyone that has ever played an Earth Defense Force title knows however that graphics aren’t its strongpoint. It’s understandable too, as paramount to the series is the sense of epic scale of both its enemies and its environments; or rather, how many enemies it can throw at you in its environments. In this regard, Earth Defense Force 4.1 surpasses all that have come before it, throwing an alarming amount of ants, spiders, spaceships and anything else it feels like at you in fully destructible cityscapes as well as the odd field or tunnel. It may not be graphically pretty, but it’s a wonderful sight to behold when you’re facing giant spindly spiders that have made colossal webs between skyscrapers, trapping hapless civilians and fellow Earth Defense Force members alike, whilst also dealing with an onslaught of freakishly large tarantulas. Yup, this game really isn’t good for those with arachnophobia.

For those unaware of the series’ signature gameplay, Earth Defense Force 4.1 is a third-person shooter that offers you more missions than you can shake a stick at; nearly 100 in fact. Your goal in these missions pretty much boils down to just one thing: violently shoot everything that stands in your way in the face – or at least as close to what resembles a face as possible – until you emerge victorious. It’s simple chaotic fun, and with each mission taking anywhere between a few minutes and an hour to complete depending on what you’re up against and what difficulty you’re playing on, there’s a hell of a lot of fun to be had. Unfortunately though, whilst each mission presents you with a unique combination of enemies and locations, the simplicity of its premise means that it’s not a game that you’re likely to play for extended periods before becoming a little bored by its repetition. It is however, the perfect game to pick up and play for an hour or so every so often. 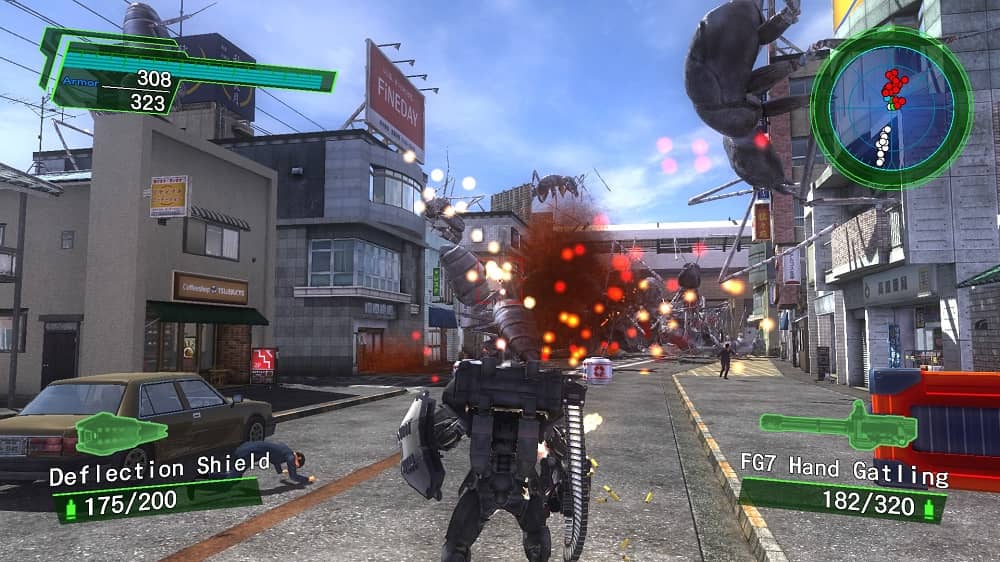 That’s not to say that Earth Defense Force 4.1 doesn’t at least try to offer variety to keep you entertained, however. There are four character classes to choose from, each offering a distinctly unique playstyle, five difficulty levels ranging from ashamedly easy to infuriatingly hard, and a vast arsenal of weapons to collect and use in order to kill the invaders in more destructive and interesting ways. There are even a number of missions where you do battle with a truly huge monster that is sure to please fans looking for some Godzilla-style action. Despite it all though, it’s hard to play for any considerable amount of time in one sitting without feeling a strong sense of déjà vu. Nevertheless, those in for the long haul will find it enjoyable in short bursts, and there’s even a small element of character development on offer to reward their efforts – armour pickups collected out in the missions permanently increase your characters hit points – handy for when you wish to tackle the harder difficulties that offer better weapons drops.

Earth Defense Force 4.1 does have one trick up its sleeve that makes it immeasurably more fun to play: co-op. Whether it’s locally or online, playing in co-op makes Earth Defense Force 4.1 truly shine; its unsophisticated shooter gameplay being perfect for chilling out with a friend on the couch or with up to three allies on the internet. It’s beneficial to play in co-op too, as some of the later missions are quite tricky to tackle alone, but with a varied team including character classes such as the support based Air Raider and the tank-like Fencer they can be completed much more efficiently.

In a nutshell then, Earth Defense Force 4.1 may not look like a game that you bought a PS4 for, but it makes up for it by providing outrageously mindless fun that simply no other game can offer. With its multiple character classes, difficulties and weapons, there’s a lot of variety here with which to tackle the game’s huge amount of missions, although the chances are that this is the type of game that you’ll play little and often rather than in marathon gaming sessions. To be truly appreciated however, Earth Defense Force 4.1 needs to be experienced in co-op, where its repetition can be laughed off with a friend or two. Earth Defense Force 4.1 certainly won’t appeal to everyone, but those enraptured by its B-Movie charms will find it an engaging shooter full of epic fights and ghastly sights.