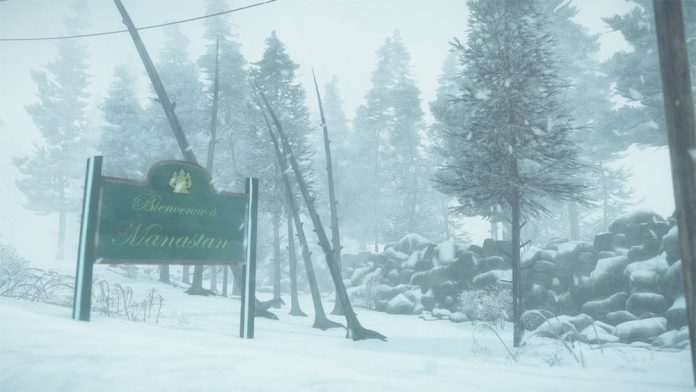 Kôna is one of those wonderfully deceiving games. It’s not often that we find a game like this, with genre lines as blurred as its snowy, Quebec-based landscape. It’s a survival. It’s an adventure. It’s a bit of a mystery. It’s actually a little bit scary. But all over, it’s avidly awesome.

Released this January on Early Access, I could finally get my hands on something that I’ve been following for quite some time. Though this is only a preview, I’d like to offer the developers, Parabole, a handshake and the opportunity to breathe a sigh of relief. Kôna is a narrative-driven, episodic, interactive tale in which our private detective and war veteran, Carl Faubert, seeks the answer to a bit of an ominous ‘70s mystery. “Day One” is, of course, the first in its four-episode scheme, all of which run for about two hours. Though, I’ve overrun that from driving around and tromping through the snow like a kiddie on a snow-day.

“It’s a survival. It’s an adventure. It’s a bit of a mystery. It’s actually a little bit scary. But all over, it’s avidly awesome”

Developed on the Unity engine, I had fairly high hopes entering the game as I’ve seen a lot of great stuff in my time; I guess you can say I’m a nit-picker. But every once in a while there comes a game that takes my breath away a little bit, and from the second Kôna opened up I fell in love with its style. It’s sharp, simplistic but no less striking than a lot of AAA titles out there currently. I daresay it could find itself quite at home in the indie section on PSN or the Xbox Store and I’d be happy to pay for it. I found myself walking around and ‘oo’-ing and ‘aah’-ing at the beautiful scenery, and kind-of wished I could just dive head-first into its powdery goodness.

Other people may say I’m a bit of a demon where interaction is involved, especially in these first-person exploration games. Don’t get me wrong, I love everything from shooters, to puzzles, to pixelated adventures and mostly everything is always going to look impressive from where I’m standing. In the end it did what it said on the tin: the buttons worked (always a plus), and the interactions were fluid. Each element of play from opening a door to bringing up my little in-game menu, or using the hot keys, lacked awkwardness. Another minute detail I tend to look for in any game with a high attention to its environmental factors is my own interaction with the elements as a character. Thankfully as I stomped through that first area to find the shop keeper, I looked down and saw my footprints tracking behind me in the snow. Similar to a splash from running through puddles and whether clothes get wet when it’s raining, little details like that make me very, very satisfied. It shows attention to detail and sets the game apart from others that haven’t bothered quite as much. 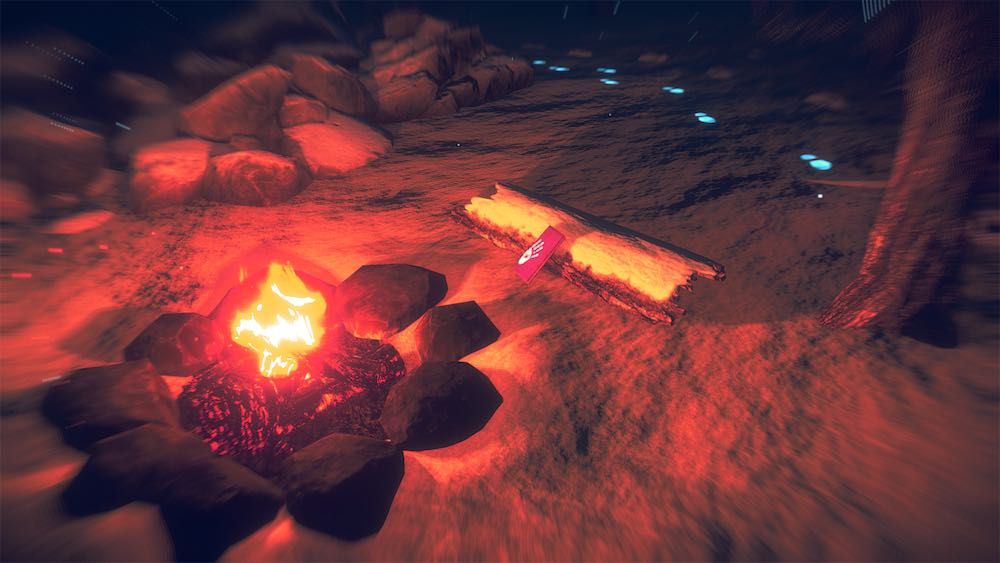 Another thing that impressed me was its professional-sounding score, some of which was collaborated with the Quebec folk band, Curé Label. It doesn’t overpower the game but instead compliments it and its moods, and as we’re aware – as developers or players – sound can make a hell of a difference. Each small groan and each whisper of wind in a dark house can change the feel of it entirely. What was originally warm and inviting in the cold, cold winter is suddenly ominous and claustrophobic when solving a mystery.

The omniscient story telling was also enjoyable compared to a lot of games nowadays. The act of putting information in note form is successful when done right, and is not a technique that’s constantly abused. For example, the more tedious of sorts will add information for effect but not necessarily for the benefit of the story line. This is perfectly acceptable but when over-used it gets very dry, very quickly. There’s your danger zone. In Kôna, where there is an awful lot of information to take in, we’re drawn not only to notes and messages, but also to items and objects. Faubert’s commentating makes it feel like you’re solving a real mystery and picking up on the little bits and what they mean.

“[Kôna] is beautiful, captivating and mysterious – a bit like a James Bond heroine”

It’s clear to see why Kôna has been in development for a while. As with a lot of Kickstarter-funded games, the sheer amount of things to interact with in-game is really wonderful. Yes, not everything works like a dream as of current, but you can’t turn a blind eye to the amount of work that’s gone into it. From crafting aid, to storing weapons, to journals and more, there’s a lot to think about. It reminded me a little bit of Life is Strange. Though, I’m fairly sure Faubert isn’t a teenage girl.

Now, the bad bits. I’ve got my fingers crossed that Parabole can fix these in time for its official release. The most major flaw I encountered was its framerates. When you’re stationed in one area it’s perfectly fine and it runs like a dream. However, once you get in your car and cross that next invisible loading barrier, the framerates vomit over themselves and turn from a wonderful, flowing game to a jittering nightmare that actually froze my screen once or twice. 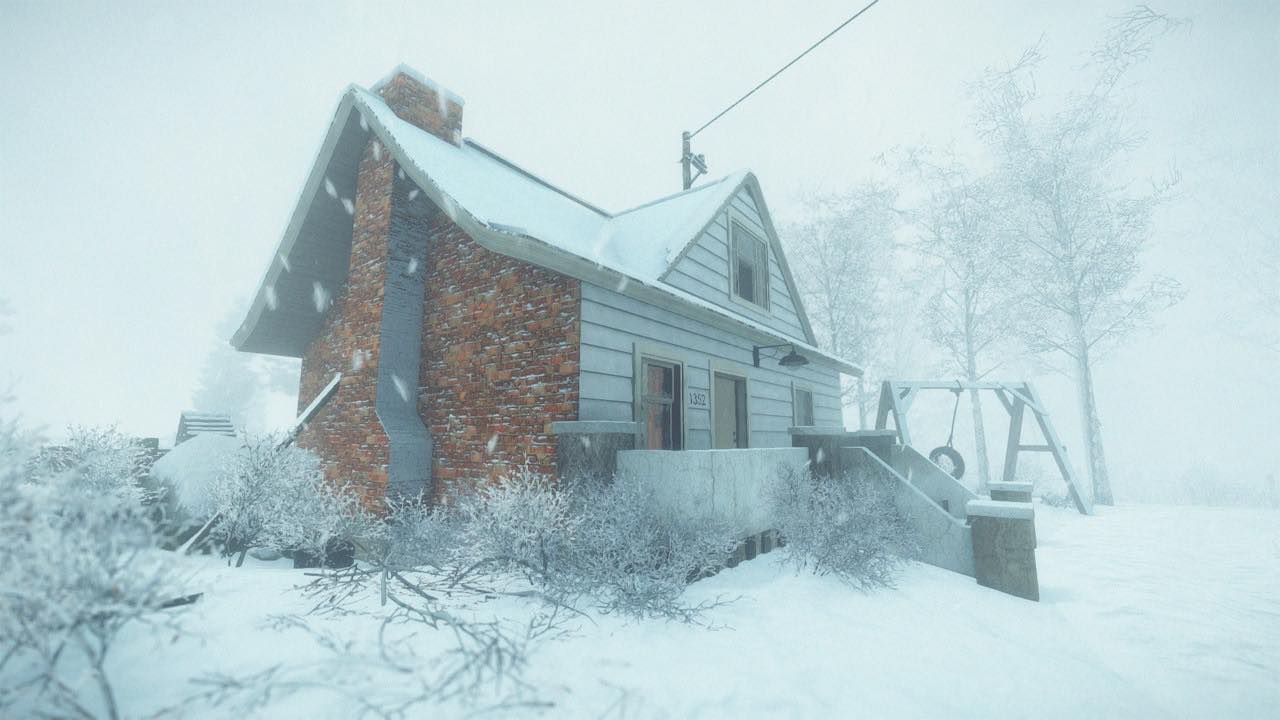 There’s also a little bit of confusion in what I’m actually doing. The buttons aren’t hard to figure out, especially when using a controller, but I got a bit lost every now and again. Obviously I know things are still not polished up yet. There’re still a few bits of translating to do and sometimes the information was a little sparse. The journal, which I think is a great idea, doesn’t work completely but I was pre-warned about that. It’ll be interesting to see how notes and clues will be collected in it as the game progresses, and I’d also like to know what the purpose of the camera is… unless it’s just for a little bit of fun? I like fun, but I also like to know why the fun is there. I’m like an over-organised office assistant.

Finally, and this one is very small: I don’t know if prolonged exposure to the cold will kill me. I can’t save unless I’m next to a heat source, and I assume that being out in blizzard weather and plummeting temperatures would impede my health but I have no clue as it’s not very clear. We’ll just have to see. But regardless of a few grumbles, Kôna is a game to watch out for. It’s beautiful, captivating and mysterious – a bit like a James Bond heroine – and I’m thoroughly looking forward to watching its progression in the coming months.