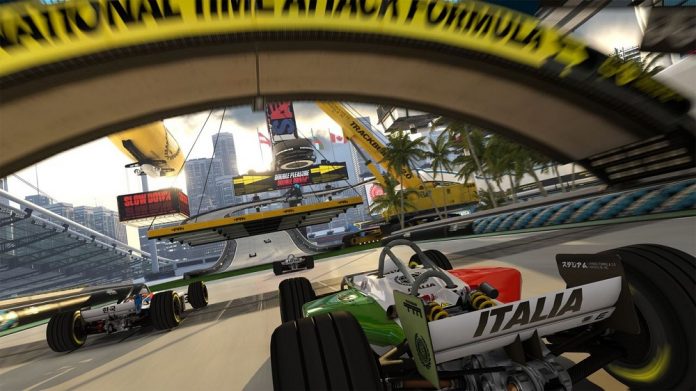 With a little over a week until Trackmania Turbo releases next week Ubisoft have announced that an open beta will be available this weekend. The beta will be playable on both Playstation 4 and Xbox One and while the game will be receiving a PC copy, no beta is available.

The open beta will be available between 1pm GMT on the 18th March till 1pm GMT on the 21st March. It will feature multiple tracks available in the campaign, the online racing mode as well as the Trackmania classic, trackbuilder.

Trackmania Turbo was originally set to release last year in November but was delayed to allow Nadeo – the developers – to further polish the game. On release, the game will feature over 200 tracks across four areas: International Stadium, Canyon Grand Drift, Valley Down & Dirty and the brand new Rollercoaster Lagoon.

Along with a single-player campaign and online racing, Trackmania Turbo will also feature a cooperative multiplayer mode where two players control the same vehicle and a split screen multiplayer mode for up to four people. Which makes it the first racing game available for next-gen consoles to have such a feature. The classic trackbuilder from previous iterations will return which allows players to build and create their own tracks for others to play.