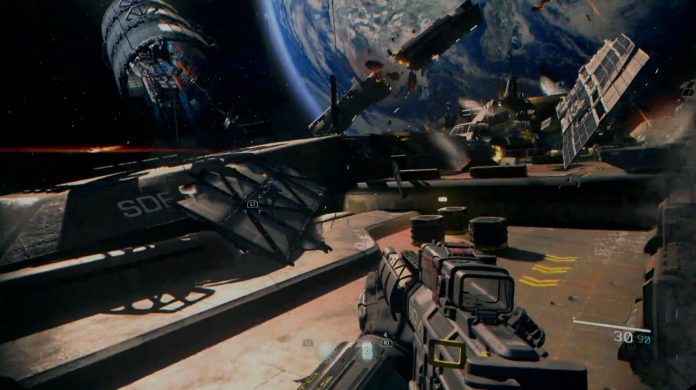 Call of Duty: Infinite Warfare made its appearance an hour into Sony’s conference, after enjoying a barrage of constant and amazing trailers, we were finally shown Activision’s crowing achievement.

After a little confusion, as it followed immediately on from the VR portion of the show, we found Infinite Warfare‘s space-faring soldiers floating around the place, shooting everything and blowing up whatever they fancy has never looked so good!

The inky, black backdrop of the infinite vastness of space contrasts with the flash of the muzzles and the peppery flames of the explosions as we battle across a vast warship.

Of course we must also mention the bundling of Call of Duty: Modern Warfare Remastered – Just remember that it’s a thing that is happening and you should be excited about.

We also got confirmation of the release date: 4 November 2016, so mark your gaming calendars for another record breaker!

As expected, here are some screens for your viewing pleasure:

Call of Duty: Infinite Warfare & Call of Duty: Modern Warfare Remastered are due to launch for PS4 and Xbox One on 4 November 2016.