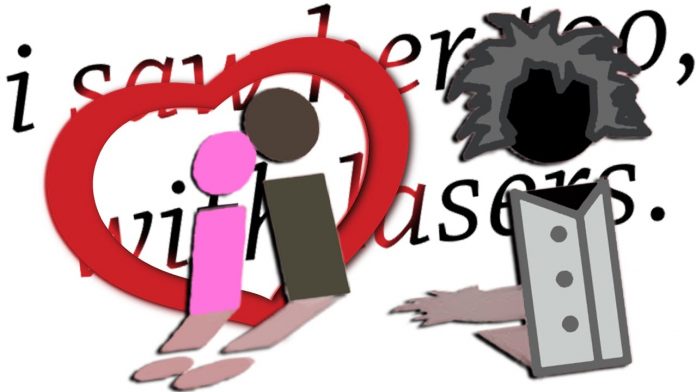 In this week’s glorious #FreeGameFriday, we’ve kind of revisiting an expectedly lovely little tale of heart over horror. Today we’re looking at i saw her too, with lasers, the adorable sequel to i saw her standing there. Following on from where the first game ended, both of our undead lovers are now infected, one green and one pink, and want nothing more than to be together – aww.

In this sequel we’ve ditched the cages and instead play a scientist who tries to guide the two lovebirds back together, using both harmful and harmless lasers to his advantage. As the levels get progressively harder we’re introduced to more zombies that are the mean sort and so they have to be dealt with first. 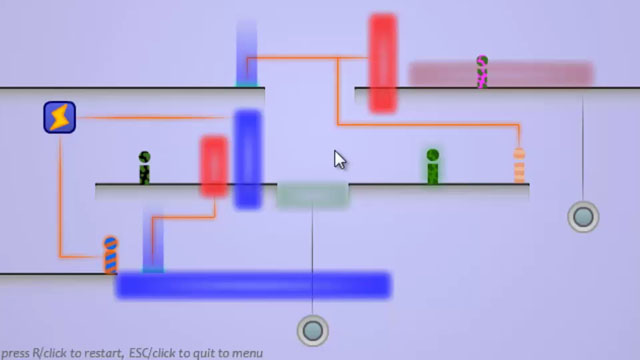 i saw her too, with lasers is yet another clever puzzler with a series of super short, minimalistic, yet surprisingly challenging levels. At the end of each level you can’t help but scrunch your face up and go ‘d’aww’ as the lovers embrace and the screen fades to the next stage. Sometimes you’d just got to believe that in times of such peril there’ll be someone somewhere who finds the love of their life – like R and Julie in Warm Bodies…if Julie was also a zombie.

So if you’ve got some time to spare, click the link below and get going with this unexplainably adorable game. There’s no need to download, just load up and play. Let us know how you get on in the comments or on Twitter by using #FreeGameFriday, we always love to hear your views, and I’ll speak to you next week, folks.

Play i saw her too, with lasers by clicking here