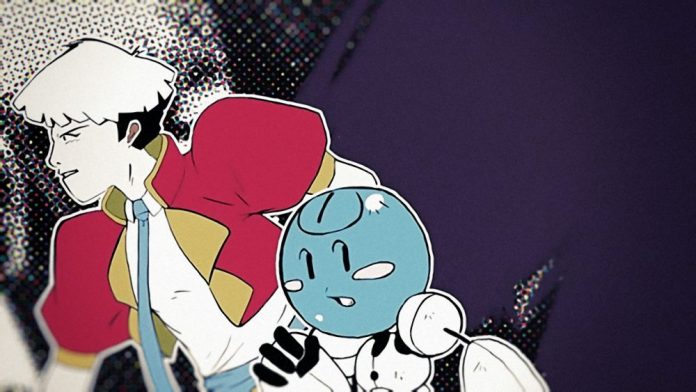 In the same way that a certain Michael J. Fox might be tempted to take a trip to the past in order to secure the future survival of his existence, 2064: Read Only Memories is a lo-fi cyberpunk adventure game which chooses to look backwards rather than ahead.

Subtly placing contemporary attitudes towards the LGBT crowd within the neon-stained backdrop of a retro stylised future of San Francisco, this newly deluxe version of MidBoss’ critical darling maintains its synth-infused charm just in time for this PS4 release.

Loading up 2064: Read Only Memories in 2016, you’d be forgiven for thinking that just for a second, rather than inserting a Blu-ray disc or selecting an icon from your dashboard you instead slammed a plastic-based cartridge into your relevant 90’s games console. Scan lines flicker on the intro screen, back bars and a text box surround your enveloped view of the action, and dialogue is placed front and centre.

The analogues to Hideo Kojima’s Snatcher and other adventure games of the early 90’s are obvious, but when a game such as 2064: Read Only Memories does it so well, it’s hard to not feel at least a little enchanted by its purple-drenched pixels. Your story begins just a couple days before Christmas in the year 2064, and hot off of reviewing the latest pair of Discman headphones, it isn’t too long before a point and click murder mystery adventure begins which sees your freelance journalist thrust into a wider meaningful plot.

If this simple set up of 2064: Read Only Memories sounds a tad cliché and conventional, that’s because it’s intended. Although not explicitly stated, your character appears like they survive day-to-day life by reaching the bottom end of a bottle, and it isn’t until your missing friend’s experimental Relationship Organisational Manager (or ROM) appears, that you drag yourself out of the slump.

Although a clear hearken back to the PC adventures games of old, most will be pleased to know that 2064: Read Only Memories isn’t plagued by the unusually fair spikes of difficulty which would normally see you interacting a lightbulb with a tuna sandwich. The game is just as much about interesting characters and an engaging story as it is style, and thankfully there aren’t too many tough barriers blocking you from experiencing them. 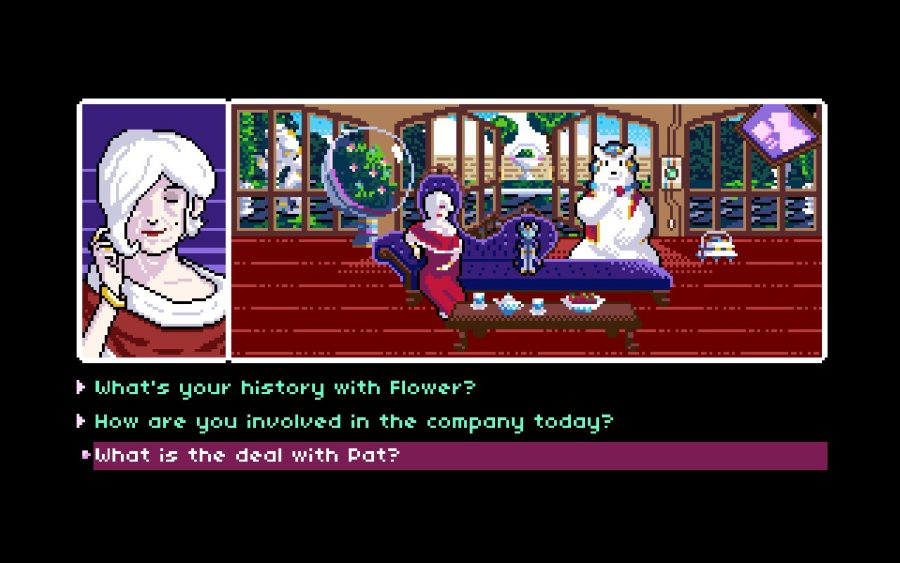 When you’re required to scurry around an apartment or office building for clues, the set perspective of a still image means that there are only a limited number of objects to interact with, guaranteeing that if all else fails a keen practice of trial and error will see you progress to the next objective or story point. It’s in this respect that despite its super stylised aesthetic, on the whole 2064: Read Only Memories feels more like a Telltale game as opposed to a Grim Fandango or Gabriel Knight. Admittedly however, the opening dulcet tones of a Dave Fennoy voiceover also helps put you in a place of comfort.

Dialogue trees are heavy and branching, but because 2064: Read Only Memories’ world is so vibrant and unique to look at, it never becomes overheavy. Meeting new characters on your mission to find your missing friend with the help of ROM Turing always feels exciting and progressive, especially when considering the realistic representation of LGBT individuals. This is perhaps where 2064: Read Only Memories evolves the point and click genre most, as many of the games it evokes clearly would be lacking in this area.

The cast on the whole is incredibly diverse and refreshing, which would otherwise be a dangerous prospect to undertake if the writing wasn’t so on-point. Each has their own agendas and reasons for helping you. My one piece of advice for those choosing to play 2064: Read Only Memories would perhaps unsurprisingly be “don’t take anything for granted” when interacting with possible friends, particularly as the game’s central mystery starts to unravel.

2064: Read Only Memories in a lot of ways is something of a balancing act. Whereas particular genre elements and features make a point of setting it in the past, its outlook and perspective on character, location, and story firmly place it as one of the best point and click adventure games of late. Providing you don’t go in expecting too much of a head-itching challenge, 2064: Read Only Memories is the adventure game apologist story fans (and possibly Bladerunner fans) have been waiting for. Now available on PS4 and freely updated with new content on PC, this pixel perfect romp shouldn’t be missed.

2064: Read Only Memories is available on PC and PS4. We reviewed the PS4 version.