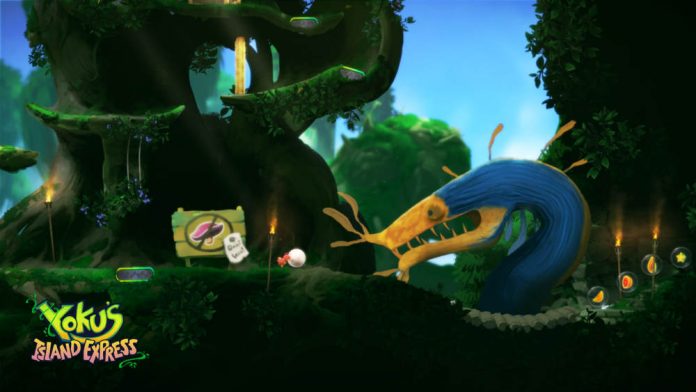 You’ve probably never thought what an “open-world pinball adventure” would be like – but Swedish developer Villa Gorilla has. Set to release for PC and consoles – yes, that includes the Nintendo Switch – sometime before winter 2018, Yoku’s Island Express takes on one of the industry’s most classic games in a way never before seen.

The trailer below shows off the charming world Yoku lives in – along with colourful graphics and an annoyingly catchy song. At first, it just looks like your average metroidvania-platformer starring yet another anthropomorphised animal but soon shows off just why Yoku is carrying around a rather large, circular stone.

All in all, it looks lovingly endearing; combining a relatively simple idea with something, that you would think, should have been done ages ago. Yoku’s Island Express is set to arrive winter 2017/18 for PC, PS4, Xbox One and the Nintendo Switch. You can read some of the team’s inspiration – including Studio Ghibli – below.

“Yoku’s Island Express is inspired by the joy of exploration of a young child, having just found the entrance to a secret garden, or unlocked the door to an attic full of wonderful and interesting things to discover. It takes some of its direction from Studio Ghibli films, where nature is infused with spirit and life, but combined with a strong focus on painterly, hand-made visuals where all the locations are unique and hand-made.”