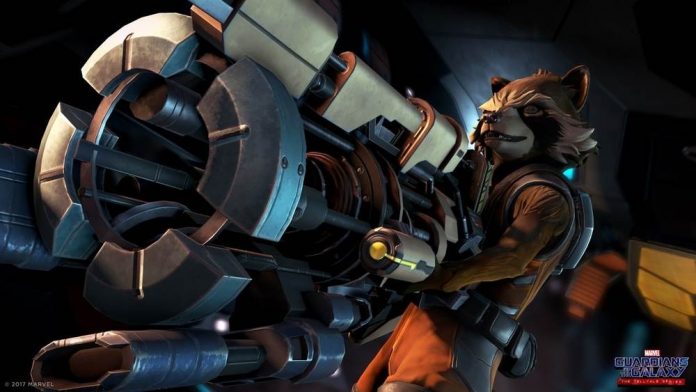 Telltale dished out some extra information and new screenshots from their upcoming Guardian’s of the Galaxy game yesterday. We get a sneak peek at what everyone looks like, an overview of the plot and, most importantly, who’s playing Groot.

As expected, the game will feature the full main-cast from the movie: including Star-Lord, Gamora, Drax, Rocket and Groot – played by Scott Porter, Emily O’Brien, Brandon Paul Eells, Nolan North and Adam Harrington, respectively. You can see screens of the Guardians below.

The series will follow the team of space adventurers as they search for a mysterious relic. The problem is, unsurprisingly, they aren’t the only ones after it – so too, does a ruthless enemy who is the last of her kind. Each of the Guardians also has their own reasons for wanting the relic so expect humourous infighting along with fiesty normal fighting.

Telltale Games are also at PAX East and hosting a stream later on today (11pm GMT) where they are expected to talk some more about Guardians of the Galaxy.