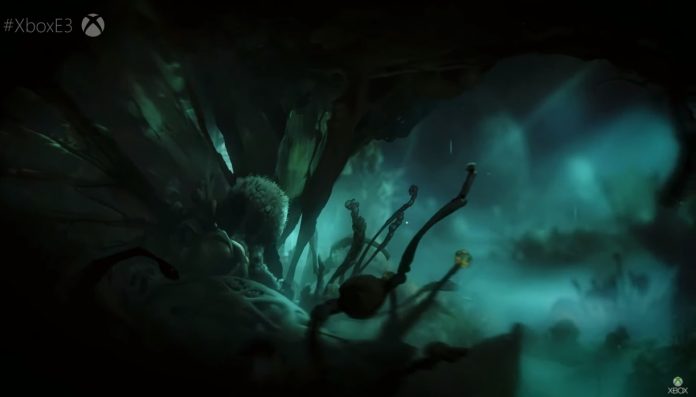 A new game announced at tonight’s Microsoft E3 2017 briefing was Ori and the Will of the Wisps, a sequel to 2015’s Ori and the Blind Forest.

Given that Ori and the Blind Forest was incredibly beautiful, it’s no surprise then that Will of the Wisps looks to follow in the same trend, with mesmerising visuals and enchanting orchestral audio. In fact, the trailer was accompanied by a live orchestra, making the presentation even more moving.

The trailer was brief, showing us Ori comforting a forlorn-looking bird, as they gaze upon a bleak scene. It didn’t give anything about the game away, but it was enough to know it’s something to look forward to.

No release date has been given for Ori and the Will of the Wisps just yet, but we’re excited to find out more. Until then, feast your eyes on these gorgeous screens.