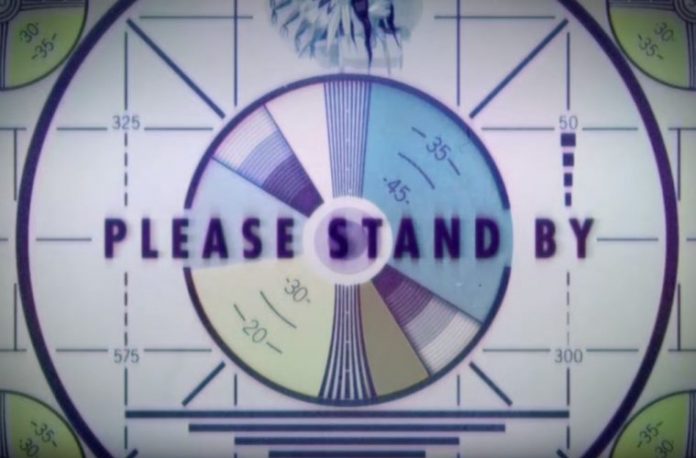 A ‘please stand by’ tease on Twitter yesterday has led to Bethesda revealing a new game: Fallout 76.

The trailer, 90 seconds long, shows a slow and steady montage of a Fallout vault. It doesn’t give anything away, and while it’s certainly a game set in the Fallout universe we all know and love, it’s hard to decipher much more than that. Here, give it a watch:

It’s unlikely to be a mainline entry into the series – if so, what happened to Fallout 5, Fallout 75and all the Fallouts inbetween? Speculation is of course running high, but Kotaku’s Jason Schreier reckons it’s an online game of some sort. And we’re not going to argue with Press Sneak Fuck himself.

More details will be revealed during Bethesda’s E3 presentation on 10th June (early morning 11th June for us in the UK). But until then, we’ve nothing better to do than play the guessing game. My money’s on some kind of vault-building management sim – a more realistic Fallout Shelter. It’s unlikely to be the true Fallout RPG experience, but hey, who knows. We’ll find out more in less than two weeks.