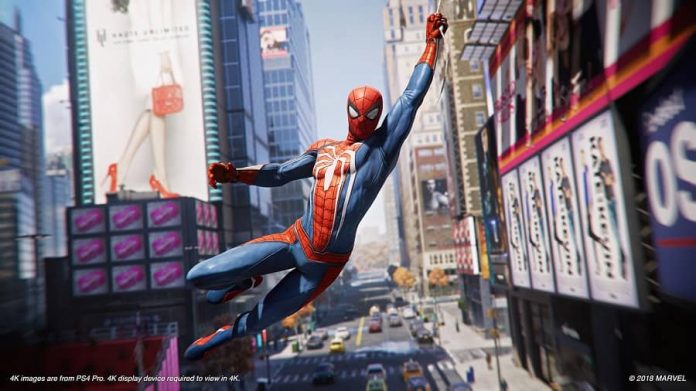 Showered with five-star reviews, Marvel’s Spider-Man released last Friday to critical acclaim. And deservedly so – it’s an excellent game. Or at least, it starts out as such. For me, the real lure of the game disappeared after the half-way point.

Of all the Marvel superheroes, Spider-Man is the one most associated with fun and good humour. A young man just beginning adulthood, he’s full of life with plenty of quips, one-liners and jokes that he can’t help but share at every opportunity. Marvel’s Spider-Man, the PlayStation 4 game developed by Insomniac Games perfectly encapsulates that side of his personality. The New York City we begin the game in is bright, bold, and full of life.

It doesn’t matter that there are waves of crime going on in the streets – Spider-Man will deal with them with nary a dent to his eternal optimism. New York is a delicious city to swing around in; it’s massive, vibrant and there’s so much to see and do. Every street corner houses a new opportunity. Perhaps a side mission will pop up, or maybe you’ll just see a friendly passer-by you can greet. Hell, there may even be a pigeon you need to chase and return to its owner. Spider-Man is light-hearted, and for me, it’s this feeling what makes the game so much fun.

Spider-Man’s version of New York feels like the ultimate open-world sandbox. A mixture of real-world locations and a smattering of Marvel Universe buildings – one minute I’m in the hustle and bustle of a to-scale Times Square, and the next I’m stood on top of Sanctum Sanctorum – I wanted to see as much of it as I could; to take it all in. New York is such a vibrant, alive city in real life, and seeing that recreated in a video game is something rather special.

Seeing sights that I’ve seen in real life, and in countless movies and TV programmes is a real treat – especially getting to experience them in a whole new perspective. This time, I’m Spider-Man. I can climb those buildings I once gawped at from the ground. That viewing platform on the Empire State Building I once gazed across the city from? Now, I can free dive from it. It’s an exhilarating feeling, and something that very few open world games – if any – have ever come close to matching. 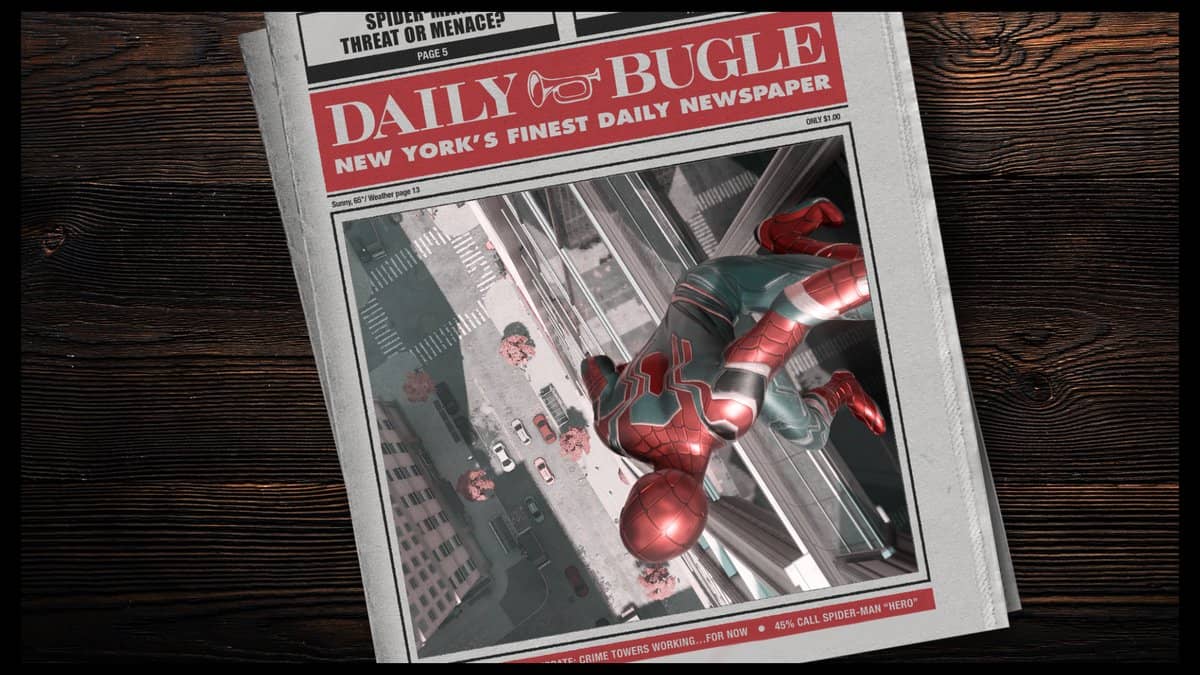 But of course, Marvel’s Spider-Man is a game driven by its narrative. Time moves on and new events happen. New York City is more than just a sandbox, and as the game’s story progresses, the city has to change.

Realistically, I knew before playing Spider-Man that there was going to be peril along the way. What superhero story is complete without a supervillain (or six) to go alongside it? From the very first mission, there’s an air of impending doom – something’s not right in the city, and villains are never very far away. The entire narrative is based around it, as is the case in pretty much every superhero story ever created. But somewhere around half-way through Spider-Man, there’s a dramatic shift. Villains break out of an offshore prison, spilling into New York City, changing the open world sandbox forever.

New York’s once pristine streets and tidy parks are now ruined. Roads are scattered with litter and junk. Grassy areas have been turned into refuge centres; people forced out of their homes are now living in tents. The odd rogue criminals have been joined by hardened convicts, crazed “demons” and unfriendly armed guards. What was once a city filled with hopes and dreams is now a broken shell on the brink of collapse. It doesn’t feel all that different from Tom Clancy’s The Division’s interpretation of a post-apocalyptic New York.

Exploring doesn’t seem so fun and light-hearted when almost every 15 seconds you’ve got a sniper’s laser pointed at you, or an RPG rocket flying your way. But it’s not really the peril that faces Spider-Man that’s the problem. He can handle it. It’s seeing a once-magnificent city crumbling around you that’s hard to take in. That gorgeous playground is ruined. 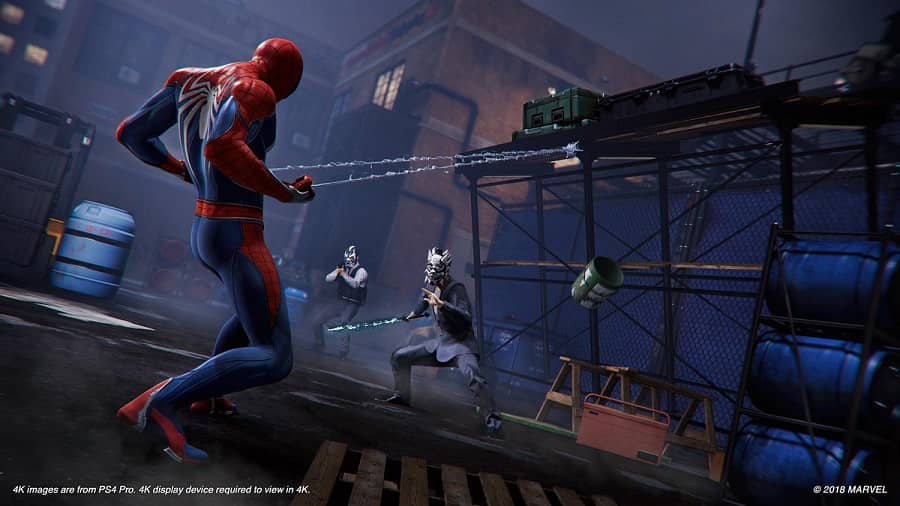 From a technical point of view, Insomniac has done a tremendous job. The entire city has an air of dilapidation about it. Even when the sun is still shining, it feels dark and depressing. The map layout may look the same, and your waypoints might remain in the same place, but for all intents and purposes, half way through the game you find yourself in a completely different city.

Spider-Man still throws the odd joke around when he can, but it’s more fraught now. His narrative arc is superb; he grows and changes as a character right in front of your eyes towards the third act of the game. And it’s fitting. Everything fits together. The ruinous state of New York City is completely in keeping with the story. But it still robs players from the one thing that made Marvel’s Spider-Man so incredibly alluring the first time they launched off a roof and pressed R2 to swing across a street.

Probably most maddening is that the early New York from the game is lost forever. Even after completing the game, the city isn’t quite the one I remember from the beginning of the game. Granted, the same sense of doom isn’t quite as oppressive once the story has been resolved. But there’s still a shadow overhanging the city. It doesn’t feel as carefree and enjoyable to swing around in anymore.

None of this is to say Spider-Man is a bad game. In fact, from a narrative point of view, the fact that it’s able to change the city so much in the course of a few hours is quite a remarkable feat. But for me, those first few hours of Marvel’s Spider-Man were filled with glee. There was a sense of happiness and wonder that somehow got lost along the way, replaced with desperation and hopelessness. And it makes the game’s version of New York City just that bit less appealing to explore. I’ll still go back, sure. And I’ll no doubt still enjoy swinging through the slightly less perfect streets. But when I come to start a new game, I’ll make sure I make the most of New York City before hitting that particular point in the story. 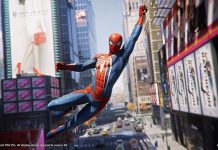 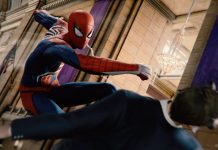 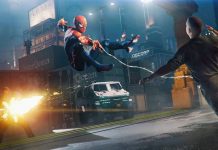 How to Perform Tricks in Marvel’s Spider-Man

How to Refill Gadgets in Marvel’s Spider-Man