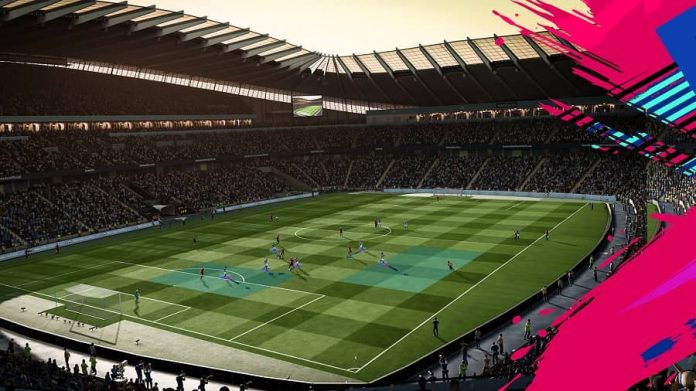 Ultimate Team is be the shiniest and (according to EA at least) the most popular of FIFA 19’s game modes.

However, it’s not exactly simple, with a variety of sub-modes and features complicating the basic premise of buying the best players you can and taking on the world. Ultimately though, unless you want to spend real money, it all revolves around amassing FIFA Ultimate Team (FUT) coins. Here’s how to earn FUT coins in FIFA 19.

1Buy the Coin Boosts from the FIFA Catalogue

There’s a great little trick that you can do at the start of any FIFA game to give you a bit of help at the start of your FUT career. Simply head into the FIFA Catalogue (found in the options or by clicking the right trigger on PS4 or Xbox), scroll to Ultimate Team and buy the coin boosts featured there. It’ll cost a few thousand FCC credits – but given that FIFA awards these fairly liberally as you play, you shouldn’t have much trouble affording them.

If you’re a complete newbie, then career mode is probably the best place to start: buy a few players, play a few matches and you should have enough FCC to kickstart your FUT career. Each boost can only be purchased once, but they’re incredibly useful – especially the boost that awards an extra 1,000 coins for 15 matches. Matches will typically earn you 500 to 600 coins, but with the boost, you’ll be making 1,500 to 1,600 per game, meaning you should be able to buy a decent player after just three or four games. The catalogue is also where you can buy highly rated loan players with FCC credits, another great way to ensure your FUT career starts with a bang.

Added in last year’s FIFA 18, daily and weekly objectives are a great way to earn free coins and get other rewards. Some you’ll simply achieve through general play, while some you’ll really need to focus on, like scoring or assisting goals with players from a certain league. Always make sure to read the objectives carefully on the FUT homepage, though; some have a certain minimum difficulty or can only be accomplished in certain game modes.

Daily objectives are simple but don’t state their rewards, so you’ll need to do all of them to be sure of getting coins. Monthly objectives are more complex and time consuming but generally state their reward in the description so you can pick and choose which ones you want to go after. Rewards are also sometimes player packs, which can be sold for coins on the in-game transfer market.

Squad Battles were also introduced in FIFA 18 and are a great way of earning rewards you wouldn’t otherwise have access to. The basic idea is that you pit your own team against teams created by other FUT players. However, the teams you’re playing against are selected by EA and controlled by the AI according to the difficulty you select, with higher difficulties earning more points. These points, in turn, dictate which rank you’re assigned for that week, with your rank at the end of the week dictating your reward. However, these teams are only available for a limited time, with four each 24 hours. Miss this window and you’ll play less games during that week, limiting your opportunity to climb the rankings.

It’s a rather clever way to ensure that you come back to FUT daily, but playing a few matches each day is hardly an arduous task. Depending on you rank, rewards vary but are typically either coins or player packs than can be sold for coins, with the odd novelty kit thrown in as an added bonus. It’s definitely worth investing the time in Squad Battles though, the higher ranks offer significant rewards and can give access to players you’d never be able to afford otherwise.

Once you’ve got the hang of Squad Battles, you’ll want to check out Division Rivals, a new online FUT mode in FIFA 19. It operates along similar lines to Squad Battles, with the key difference being that you’ll play against other players in real time online matches. You’ll start off by playing five placement matches which determine your starting division. Once that’s been worked out, every match you play will earn you points towards improving your rank in that division and really good performance will move you up the divisions.

The divisions are important because you’ll only play people in the same division ensuring that, in theory at least, you won’t be stuck losing 10-0 to some whizzkid who lives and breathes FUT. In practice, the matchmaking works pretty well most of the time, although there’s always the odd match distorted by a highly-rated loan player such as Cristiano Ronaldo or Lionel Messi. Like Squad Battles, Division Rivals operates on a weekly cycle and your final rank in a certain week determines the reward.

In Division Rivals though, you can choose your reward between player packs, coins, and untradeable player packs (packs whose contents can’t be sold for profit). Every match in Division Rivals will also earn you points toward entering the FUT Champions weekend league, where the very best players face off against each other. Play enough Rivals and you can join this elite band, you’ll probably get smashed but just participating should get you some pretty cool rewards.

While not as lucrative as Squad Battles or Division Rivals, single-player seasons are worth playing if you don’t fancy playing online or there are no new matches available in Squad Battles. They’re pretty much what it says on the tin; sequences of matches against various AI-controlled real-life teams with a win giving you three points, a draw one, and a loss zero. Your point total then determines if you win the division, get promoted, stay where you are, or get relegated, with each state earning you a certain amount of coins. These benchmarks are stated at the start of the season, so you’ll know exactly what you need to do to get promoted or win the title.

However good you are at FIFA, you start in Division 10, meaning the early seasons are often ridiculously easy, playing not very good teams at professional difficulty should lead to quite a few 5-0 or 6-0 victories. Still, you should initially win divisions easily and the standard does eventually get higher, with the rewards also becoming more lucrative so, again, it’s worth putting the time in.