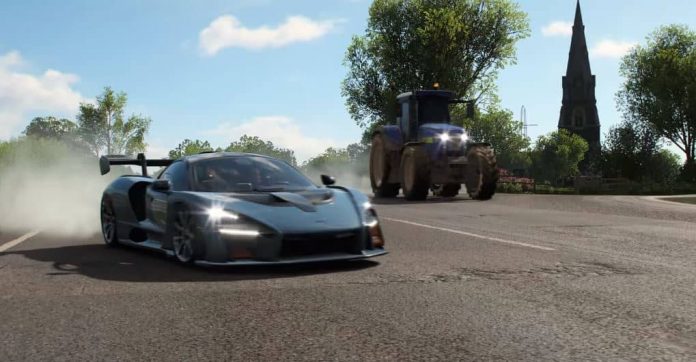 If you’ve been browsing Forza Horizon 4‘s achievement list, you might have come across a reference to The Goliath.

The “Reaping the Rewards” achievement requires you to complete a race of three or more laps at The Goliath in a Forza Edition car. From that then, you’ll know that The Goliath is an event of some sort. How you unlock it, however, is something that you’re not told.

Unfortunately, unlocking The Goliath is something that will take you a while to do. It requires you to reach tier 20 in the Horizon Road Racing series, which means you’re definitely going to have to repeat many races that you’ve already completed before. Once you’ve reached tier 20, however, the 24 mile plus event will appear.

In a class S2 car, a complete lap of The Goliath takes just under 10 minutes, making it the longest track in the game. It’s also the most rewarding though. If you want to grind out a decent amount of money, this is the track to do it on.

It should be noted, however, that The Goliath is unlocked much earlier in Rivals mode than Horizon Life. If you just want to speed around The Goliath and smash other players’ times, simply head on over to Rivals mode, chose Road Racing, and scroll to the right until you find The Goliath. You can then complete as many laps of it as you can stand, and be rewarded rather generously for your efforts.