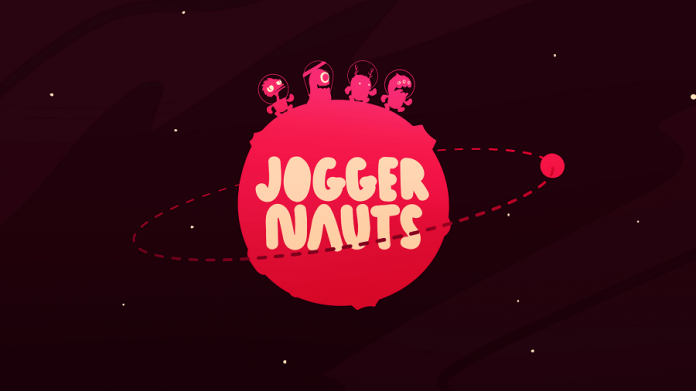 What’s that? It’s a bird. It’s a plane. No, it’s my controller hurtling towards the TV screen.

At first glance, I assumed Joggernauts would be a fun multiplayer game to play with friends. It boasts being a lot like Bit Trip Runner, and it is, just much, much harder. You’ll either want to kill your friends or smash something by about level three, and it doesn’t get easier as you go on. In spite of its intense difficulty, though, it did make for some fun and memorable moments, but mostly just a lot of loud screaming.

I told you not to drink that near the engine!

On the way back from their huge win at the Uranus Invitational, one clumsy Joggernaut spilled Joggerade all over the Barclay Intake Manifold. This caused the engine to go KABOOM, causing all of the ‘nauts to lose their C.O.A.C.H’s beautiful trophies and, more importantly, three missing engine parts. Unless the Joggernauts can work together to collect all the missing parts, they’ll be stuck orbiting some a strange planet for the rest of their lives! And that’s where you come in.

Each level of Joggernauts is a race from left to right. You start out on the left side of the screen and continuously move without stopping to try and get to the end. Throughout the level, you’ll have to jump across terrain, avoid obstacles, and take out aliens or items blocking your path that correspond to your colour. You can only take out things that are the same colour as you.

The game’s controls are seemingly simple; if you’re playing with friends, there are simply two buttons to press. One for jumping, and one for moving to the front of the line. Your goal is to be at the front of the line when something of your colour gets in the way. Then, when something of your teammate’s colour pops up, they switch places with you to be in front. The one difference between multiplayer and singleplayer is, if you’re playing on your own, you jump for both characters. 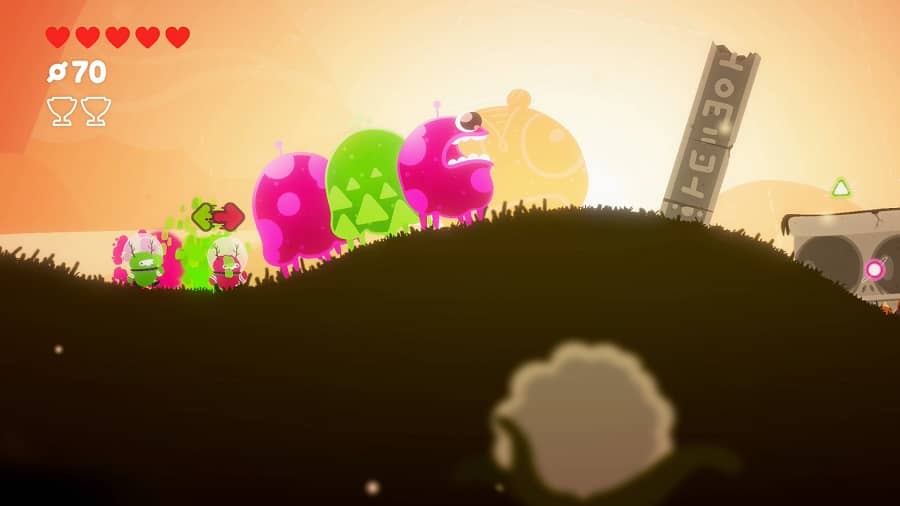 Press that button one more time…

I’ve said that the controls for Joggernauts are “seemingly” simple, and that’s because once you really get into the game you realise that they’re not. Sure, there are only two buttons, but there’s much more to it than meets the eye. You have to be precise. And I mean completely and totally perfect. There’s zero margin for error – so that means dozens and dozens of painful restarts. Of course, that’s the whole point of the game, which makes me feel somewhat conflicted. Yes, Joggernauts is extremely difficult, and it’s easy to want to give up on it and call it a bad game because it feels nearly impossible. But I know for a fact that there are people out there who’ll absolutely relish the challenge that Joggernauts provides. Thankfully, the game does have a difficulty select option. So for me, the question became “is it still good with the difficulty turned down?”.

After about five or six levels of Joggernauts on its normal difficulty, I reached an impasse. I had two options. I could attempt  to continue, moving closer and closer to the TV, my voice getting louder and louder, my friendship hanging in the balance. Or I could turn down the difficulty. Our friendship – and sanity – won out. We turned it down. And after that, it was more enjoyable. Who’d have thought? 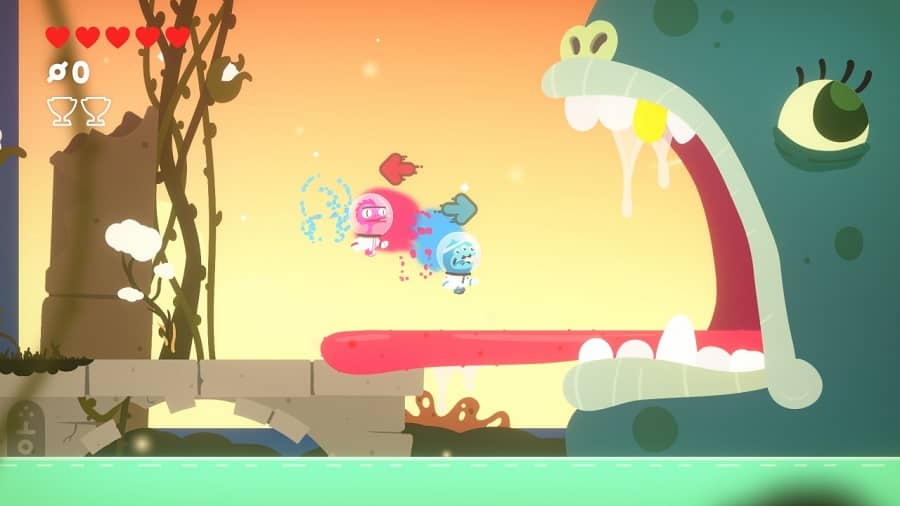 Without the difficulty getting int the way, it allowed me to focus on more important things, like those adorable Joggernauts themselves, and their strange world. It’s a very aesthetically pleasing game, with a beautifully colourful and cute world filled with wacky characters. It’s hard not to fall in love with the silly-looking creatures as they run through dangerous levels avoiding the spikey (and frankly kind of phallic-looking) aliens that pop out of the ground, like Diglets going through a growth spurt. As you move further you’ll come across more strange alien life, and each one is just as unique and adorable as the last. The level design is sure to impress, too. It’s a shame that you don’t get much time to appreciate just how nice everything looks; you’re too busy intensely focus 100 percent of the time, even on the easier difficulty.

It’s also worth noting that Joggernauts’ soundtrack is just lovely. It’s an exciting mix of arcadey retro music, and something you can imagine being in an 80s workout video. The choice of music is the perfect backdrop to calm you down during an otherwise stressful gaming experience.

On normal difficulty, Joggernauts was fun for the first hour or so before it got so insanely difficult that I was starting to see red. While its difficulty is clearly the point of the game, I can’t help but wonder if it’s worth it when it quickly becomes so unplayable that you have to turn down the difficulty. With some perseverance and dozens upon dozens of retries, you’ll get the level down eventually, but you have to be determined and willing to go through hell. For a party game, I’m just not sure that many people will be.

Joggernauts is available on PC and Switch. We reviewed the Switch version. 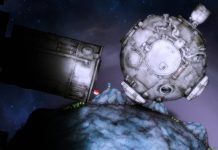 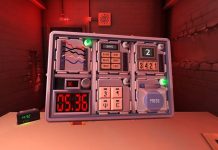