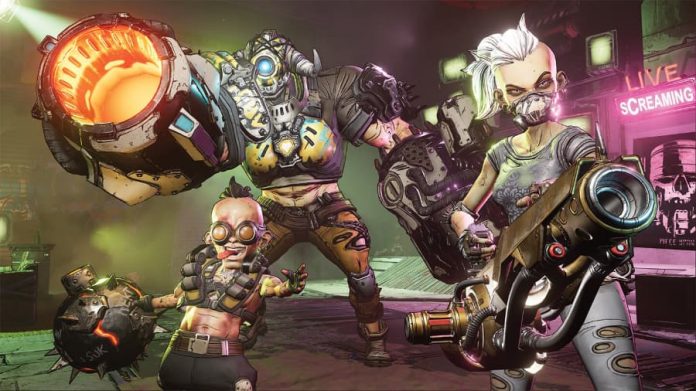 The third entry in the series that started the looter-shooter genre has been revealed, and it’s coming sooner than we could have anticipated. That’s right, Borderlands 3 will be with us before the year is over.

If you’re avid Borderlands fans like us, you’re probably craving information about. Well, don’t fret, we’ve gathered together everything we currently know about Borderlands 3 right here. So, if you want to be in the know, read on.

When will Borderlands 3 be released?

Borderlands 3 is currently set for a worldwide release on 13th September. As usual though, there’s always the chance that it could be delayed.

What formats will Borderlands 3 be available on?

Borderlands 3 is set for release on PS4, Xbox One and PC. On PC, the game will be exclusive to the Epic Store for six months. After six months, it’s then likely to also be available on Steam.

There will be three versions of Borderlands 3 available at launch. The standard edition of the game is just that, the game with nothing else. The Deluxe version of the game, however, will contain numerous digital bonuses which are:

A Super Deluxe version of the game will also be available, which in addition to all of the above will also include the game’s season pass along with a Butt Stallion weapon skin, trinket and grenade mod. Oh yeah, and it includes a Steelbook, too.

You can preorder all these version of Borderlands 3 on Amazon right now.

There’s also a Diamond Loot Chest edition of the game, which comes with a loot chest replica filled with all kinds of physical goodies, listed below. It’s exclusive to GAME in the UK, and GameStop in the US. You can check international retailers here. 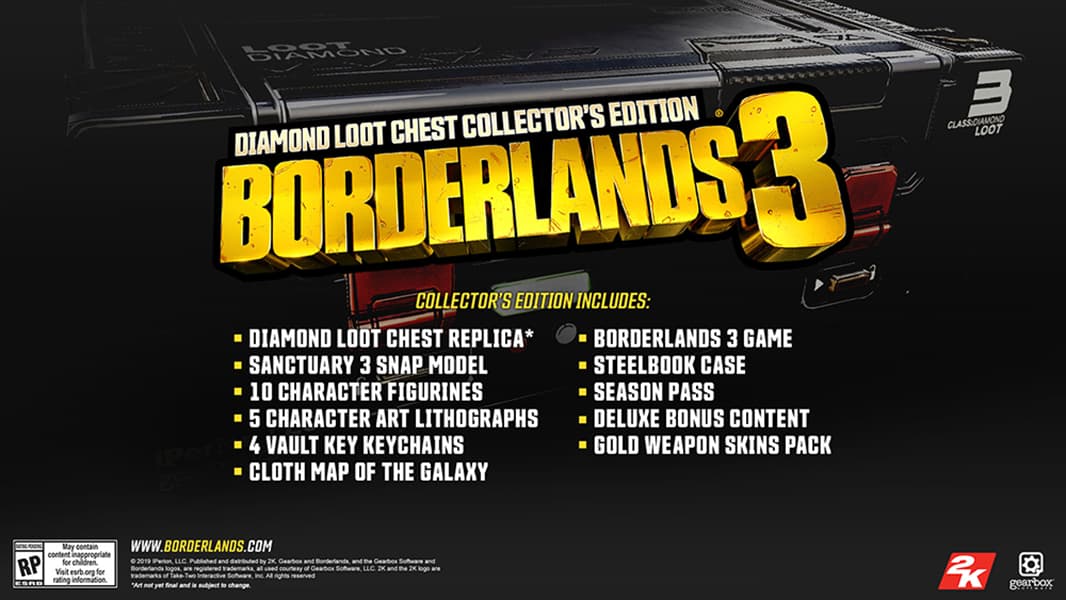 Will Borderlands 3 be Xbox One X enhanced?

Borderlands 3 has been confirmed to be Xbox One X enhanced. The Xbox Store page indicates that the game may run at native 4K resolution on Xbox One X and will feature HDR.

Will Borderlands 3 be enhanced for PS4 Pro?

While details are scarce, it is believed that Borderlands 3 will be enhanced for PS4 Pro.

What are the minimum system requirements for Borderlands 3?

The system requirements for Borderlands 3 are currently unknown. We will update this article as soon as they are made public. 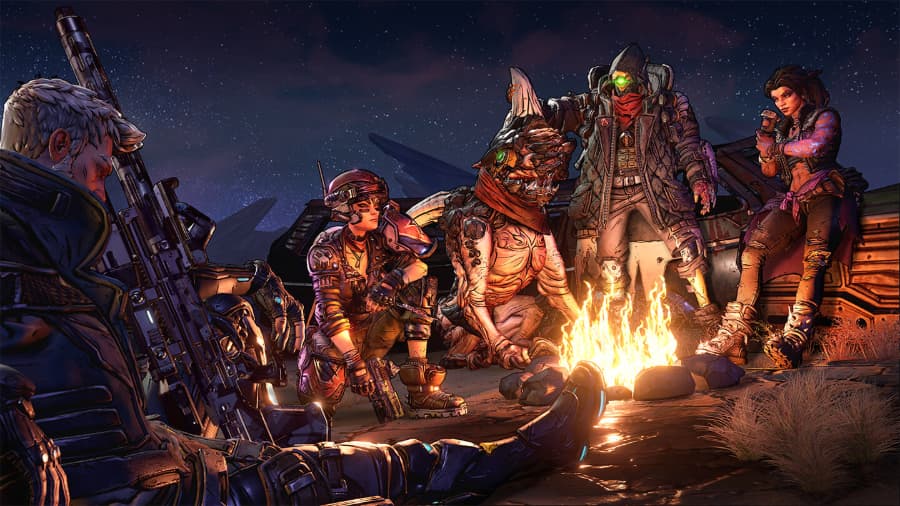 How many character classes are there in Borderlands 3?

Like previous Borderlands games, Borderlands 3 will feature four character classes when it launches in September. Four new Vault Hunters (pictured above) will be available:

All four vault hunters will have their own skill trees which are said to be deeper than ever, and will also have unique abilities and customisation options.

Will Borderlands 3 be playable in co-op?

While perfectly playable solo, Borderlands 3 will once again be better when played in co-op. Both online and couch co-op will be available, and a number of improvements have been implemented to make co-op play better than ever. Being under-levelled is no longer an issue, for example – player stats will be scaled when playing in co-op so all players can deal meaningful damage. Each player will now get their own loot, too, so you won’t have to fight over who gets the best weapons anymore.

Who are the villains of Borderlands 3?

The Calypso Twins, who you can see in the picture below, are the villains of Borderlands 3. They’ve been uniting the bandit clans in order to obtain an ultimate power that will allow them to rule the Galaxy, or destroy it if they wish. And so you need to bring them down. 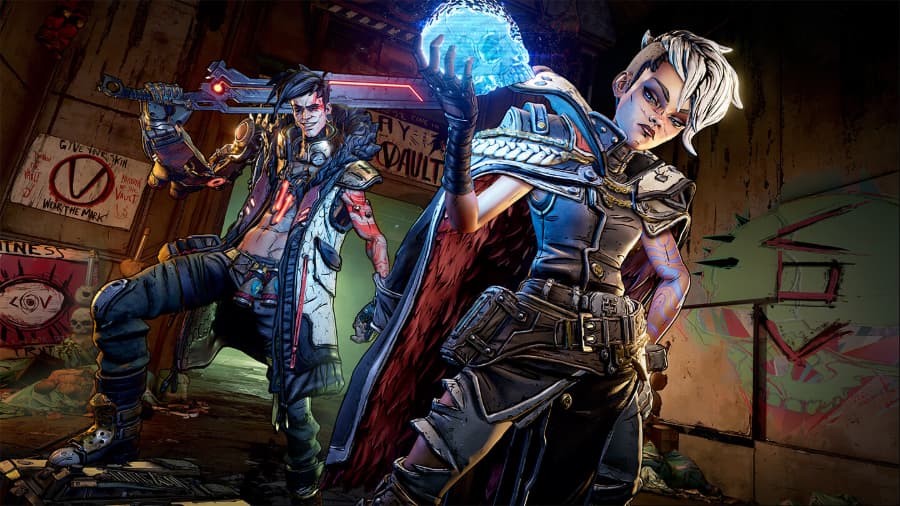 Will Borderlands 3 take place on Pandora?

While some time will be spent on Pandora when playing Borderlands 3, new worlds be available too. We don’t know much about them yet, but they should at least provide a nice change of scenery.

Will Borderlands 3 have loot?

Of course it will! What would Borderlands be without loot? There’s said to be a bazillion guns and gadgets, which is a lot. And there are even guns with legs. We can’t wait to get one of those. And of course, the quality of loot will once again be colour-coded, just as it should be.

Will there be any familiar faces in the game?

While Borderlands 3 features four brand new Vault Hunters to play as, old characters will appear as you make your way through the game’s story. You won’t be able to play as them though. So yeah, expect favourites such as Lilith, Brick and Tiny Tina to show their faces.