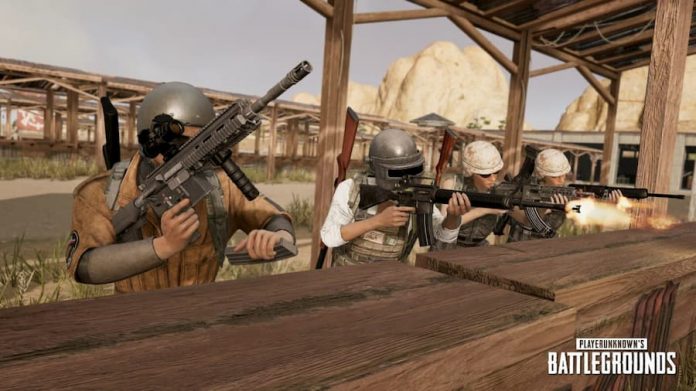 Live now on test servers, PlayerUnknown’s Battlegrounds‘ latest update, 7.2, adds the long-awaited Ranked Mode and a wealth of other updates.

PUBG update 7.2 also revamps the Jerry Can, for those players who can’t resist playing with fire. It can now be thrown, and doing so will spill fuel around where it lands. You can also pour the contents of a Jerry Can for more targeted fiery destruction, if you prefer.

Weapons have been balanced, including a major rework to shotguns. They’re now more deadly, with headshot damage raising from 1.25x to 1.5x, and limb damage increasing to 1.05x from 0.9x. The accuracy penalty has been reduced, too, along with an increased accuracy when firing from the hip. All in all, shotguns are now way better. Other weapons have also been adjusted to better improve the gameplay balance.

The biggest update, though, is of course the addition of Ranked Mode. It introduces a more competitive set of rules to the game, with players being rewarded in different ways. A Ranked match will see 64 players battle it out in a map with no Red Zones. Better loot will be easier to get your hands on, and rewards for competing in Ranked Mode will be more numerous.

Update 7.2 to PUBG is live now if you’re playing on test servers. For everyone else playing on PC, the update will be live on 20th May. It will follow for PS4, Xbox One and Stadia on 26th May.

Reading not your thing? Here’s a video that highlights all the changes in PUBG‘s update 7.2:

Otherwise, you can find the full patch notes on the official PUBG website.