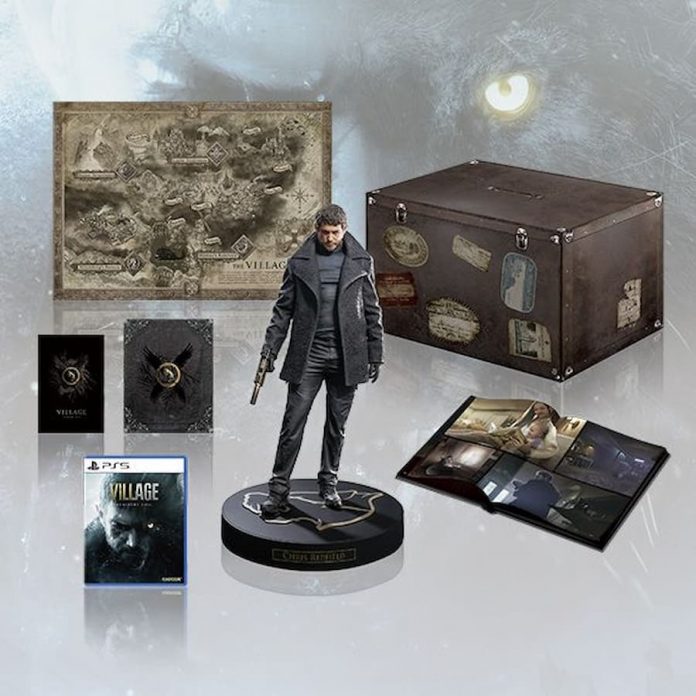 Resident Evil Village is getting a collector’s edition that includes a statue, an art book, map and more.

With the entire internet thirsting over Lady Dimitrescu, better known as Tall Vampire Lady, there really only was one statue that could be included with the Resident Evil Village Collector’s Edition – Chris Redfield.

But wait, it gets stranger still. The Chris Redfield we’ve seen in Resident Evil Village’s trailer is very oddly proportioned, to the point where he’s a dead ringer for Pinhead from the Puppet Master series. However, the statue in the Collector’s Edition has actual normal human proportions, an odd turn of events given half of the collector’s statues we’ve seen bear only a passing resembles to their subjects.

Aside from a statue, the Collector’s Edition also features an art book, a cloth map and a steelbook case. There’s also a Deluxe Edition though that version’s additional content is largely digital.

If you’re in the UK you can pre-order the Collector’s Edition from GAME, though there doesn’t appear to be a US supplier as yet. You can find out more about the different versions of Resident Evil Village at Capcom’s site.