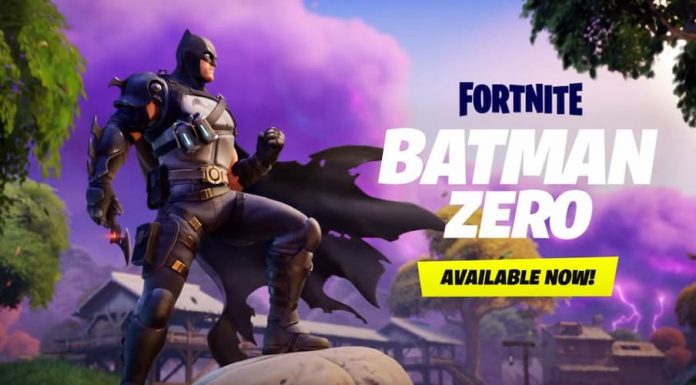 Seemingly, a popular fictional hero isn’t anybody unless they’ve appeared in Fortnite these days. So it’ll come as no surprise to learn that the latest known face to appear on Fortnite Island is none other than the caped crusader himself. The Dark Knight. Batman.

The Batman skin hasn’t just come out of nowhere, though. This is part of a comic book series between DC and Epic which started on 20th April. The series, titled Zero Point, tells an original Batman story, featuring other popular DC characters all set in the Fortnite universe.

The comic is available digitally and physically, and each printed issue comes with a unique code which enables readers to access in-game Fortnite goodies. Issue one, available now, comes with a Rebirth Harley Quinn Outfit. You can find out more about Zero Point by clicking here.

But what about the Batman Zero costume? Well, that’s available in Fortnite whether or not you’ve bought the magazine. The skin is available to purchase in the Shop priced at 1,500 V-Bucks. There’s also a Grappling Axe and Batman Zero Wing Glider available, priced at 800 and 1,200 V-Bucks respectively. You’ll save some V-Bucks by purchasing them as a bundle, which is available for 2,100 V-Bucks. The bundle will also grant you a rather snazzy Batman loading screen, too.

Take a look at the costume in action in the video below. 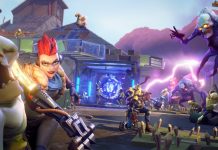 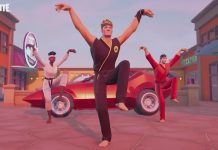 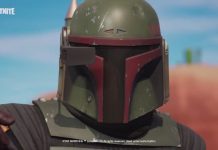 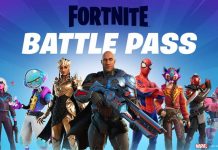 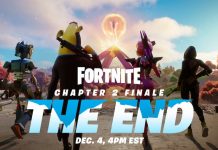 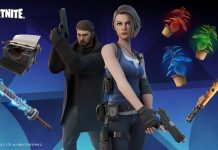