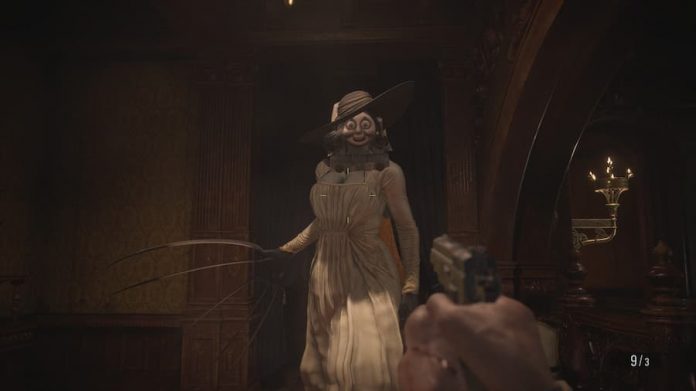 Resident Evil Village isn’t even out and you can already turn Lady Dimitrescu into Thomas the Tank Engine.

Actually, that’s not entirely true. Whereas the Resident Evil 2 Remake mod turned Mr X into a fully-blown Thomas the Tank Engine, Village’s Thomas is even odder. Dubbed “Count Theodora”, your pursuer retains her lofty, bosomy form. However, her entire head has been replaced by the aforementioned locomotive, making for a pretty disturbing site.

So, as if being stalked from room to room by a towering, clawed menace wasn’t enough, you’re greeted by Thomas’s blank expression. At the time of writing, nobody’s modded any sounds from the Thomas the Tank Engine series, but it can only be a matter of time before someone completes the package.

If being pursued by a deranged human/locomotive hybrid appeals to you, you’ll need the PC version of Resident Evil Village, out tomorrow, and the mod which can be downloaded here. You may need to create an account but that’s a small price to pay to have Count Theodora grace your game.